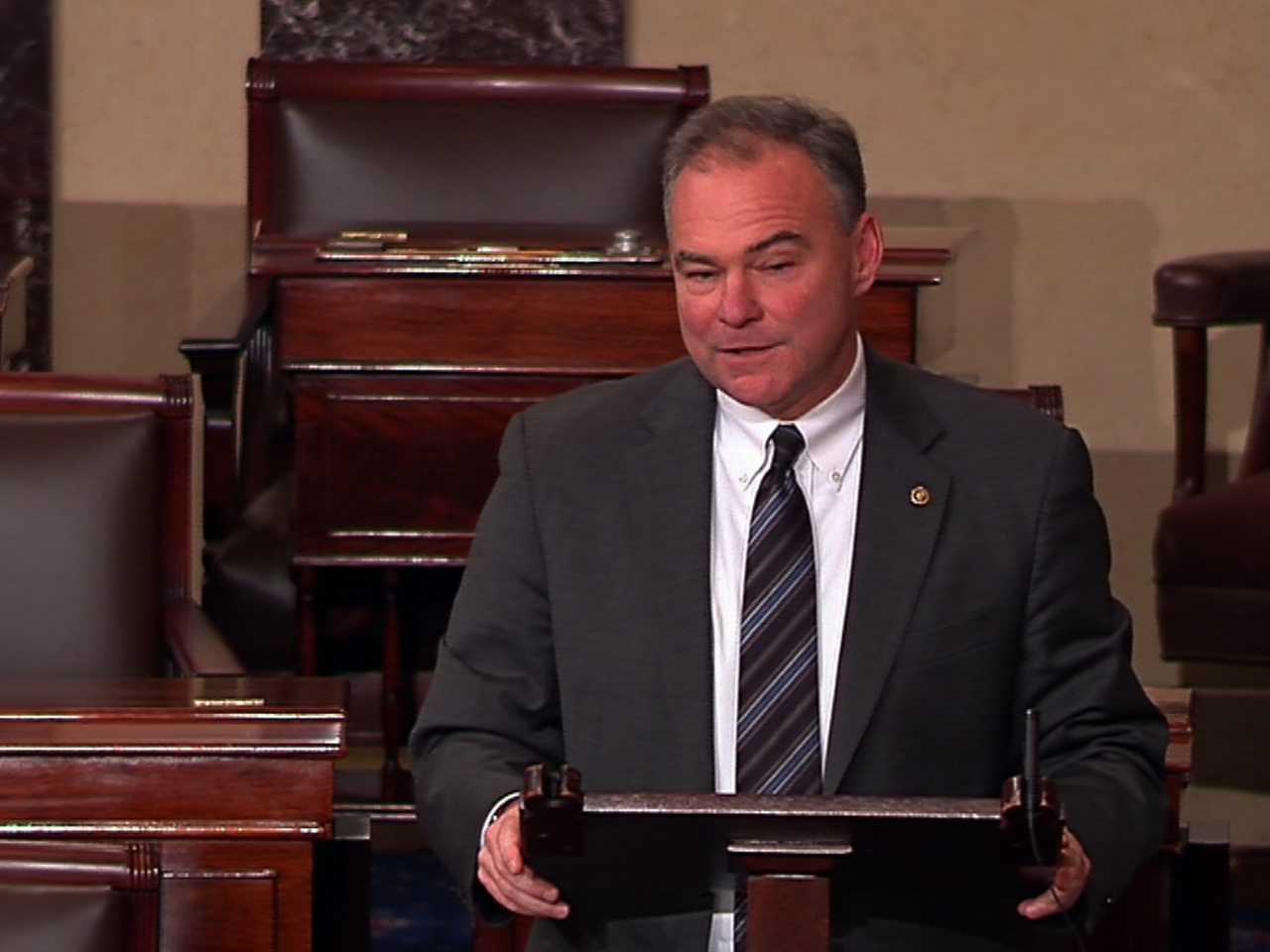 Are you excited about Tim Kaine?

Here's the conventional wisdom, which is probably right in this case: The famously risk-averse Hillary Clinton will naturally go with the least-risky option, which is understood to be Kaine, a Virginia senator. And there's a lot to recommend Kaine, an old-school, social-justice Catholic Democrat who talks a lot about his faith and how it guides him.

After he's announced (assuming it's him) we'll hear a lot about how he's really not that boring: the former Virginia governor was a missionary and ran the Democratic National Committee back when the DNC was more than a Beltway in-joke. He attends the same predominantly black church in Richmond he has for decades, and has been a popular liberal in purple Virginia for most of this century. He had to be poked and prodded by the Democratic establishment to run for the Senate in 2012, convinced as they were that he was the only candidate who could keep the retiring Jim Webb's seat from falling into Republican hands.

And on top of all that, Kaine is apparently a really nice guy.

There's no reason for Hillary to roll the dice on veep selection, what with Donald Trump finding new and unprecedented ways to undermine his campaign at every opportunity. (Plenty of Republicans in D.C. will tell you they'll never quite shake the idea that he really is a Clinton plant.) So why not just settle for Kaine? She could do far worse.

Who else is there, really? There's Elizabeth Warren, of course, the candidate most likely to excite the base. But Warren is a risky move - the consultants will tell you she's too far left, that the country won't want two women on the same ticket, yadda, yadda, yadda. Perhaps a bigger issue is their personal chemistry -- Warren and Clinton are said to dislike each other on a personal level.

After that we have Cory Booker, New Jersey's smarmy junior senator with the new age vibe and the Wall Street fan base. Probably not the year for him and his Deepak Chopra-esque Tweets to go national, although there was a period when seemed to have Superman-like qualities (he once saved a dog named Cha Cha from freezing to death, and in another instance pulled a woman from her burning home).

Julian Castro? You don't see a lot of Democrats sweating the Hispanic vote in a race against Trump, regardless of how white their ticket turns out to be. Plus, Castro is light on qualifications - he was mayor of San Antonio, which is a largely ceremonial gig in a town run by a city manager, and now runs the Department of Housing and Urban Development, one of the federal government's less-loved bureaucracies.

Sherrod Brown? Now there's one that might work - a populist Ohioan, he could cause real problems for Trump -- if only John Kasich weren't the guy who'd name his replacement.

So we're left with Kaine, and it's going to be fun watching Hillaryland try to get people enthused about that. I saw a piece the other day in the Huffington Post laying out the "progressive case" for putting him on the ticket, which was mostly about some relatively minor tax hikes he pushed through when he was Virginia's governor and his distaste for the gun lobby. Needless to say, it wasn't very convincing.

The most interesting thing about Kaine is probably his religiosity, which is increasingly rare on the left. Once upon a time liberal circles were lousy with Catholics like Kaine -- your Robert Kennedys and Gene McCarthys and whatnot. Not so much today. But even though the modern social-justice crowd is probably more influenced by John Rawls than St. Peter, a Papist Democratic veep would still feel familiar after all these years of Joe Biden.

The old rule trotted out every four years during the little silly season that begins after the primaries are over and ends when the conventions begin is that a VP candidate should "first, do no harm" to the top of the ticket. That's Tim Kaine, it seems. The safe pick. No real scandals, no real fun.