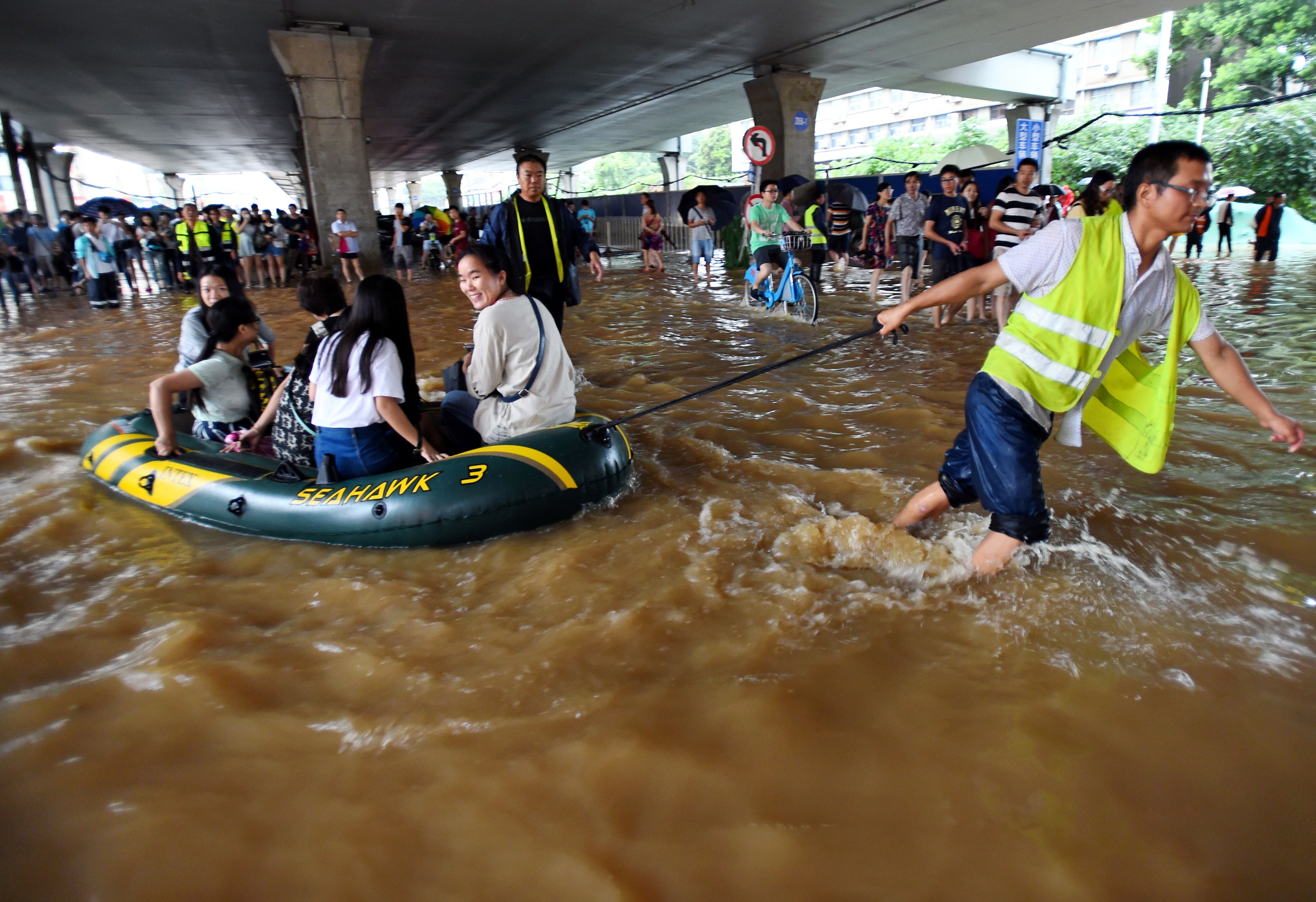 China Meteorological Administration on late Wednesday said the city of Wuhan, which has 8 million residents and sits on the Yangtze river, had a record weekly rainfall of 22.6 inches.

Wuhan civil affairs officials told state media that 14 people were killed and one was missing. Nearly 170,000 residents have been relocated, and more than 80,000 have been placed in shelters.

The National Ministry of Civil Affairs said 181 people were reported missing or dead by Wednesday along the river and in adjacent regions.

Chinese Premier Li Keqiang made a 30-hour tour of the worst-hit Anhui, Hunan and Hubei provinces, urging local officials to fight the floods, ensure the safety of major levees and protect local residents. Waters in the lower parts of the Yangtze and in some major lakes in the region have all reached dangerous levels.

President Xi Jinping ordered the army and armed police to be dispatched to help in the disaster areas.