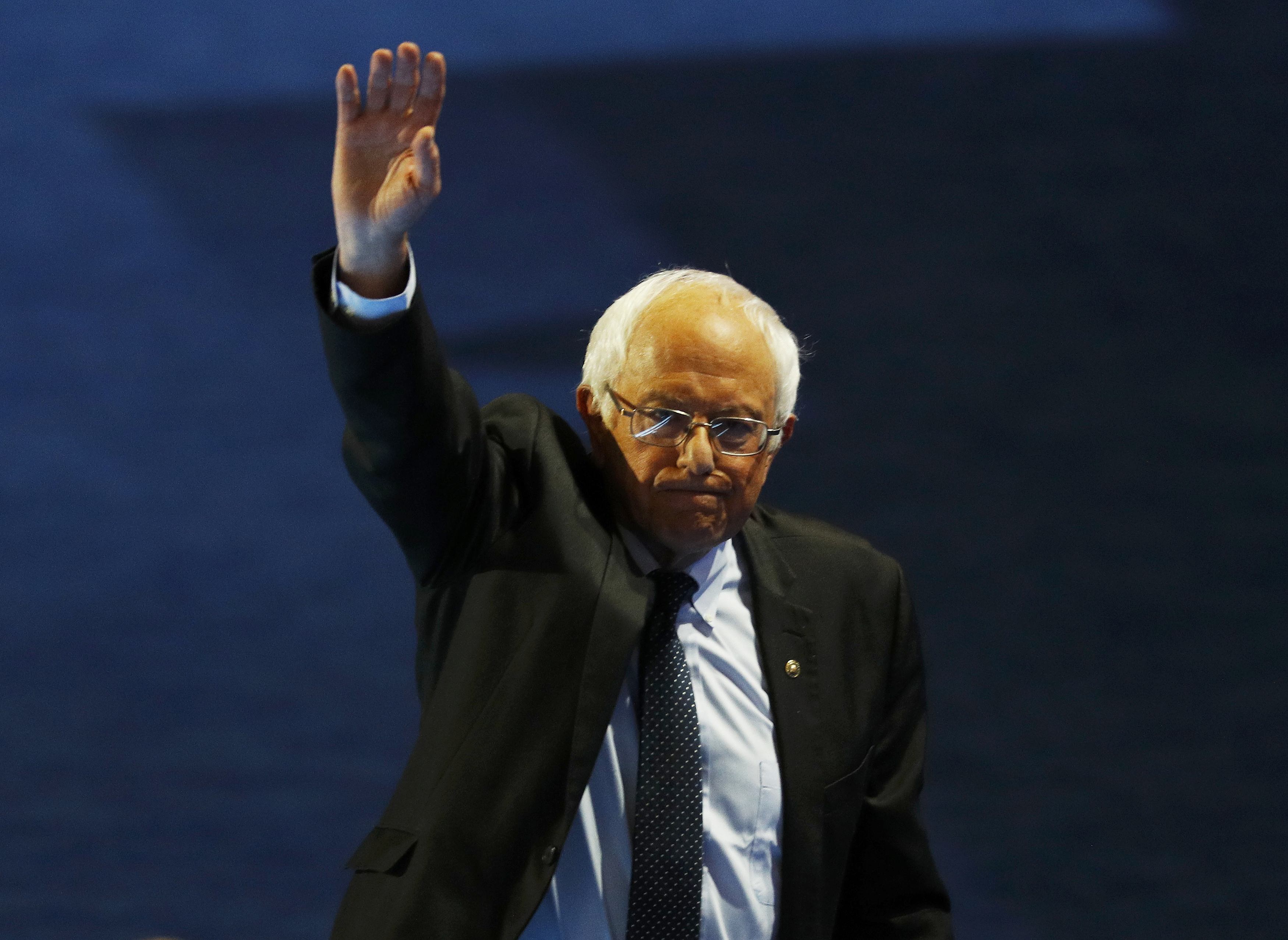 Bernie Sanders took the stage at the Democratic National Convention last night after a tension-filled day threatened to push the entire week off track. But the Vermont senator delivered a forceful speech aimed at bringing his backers into the fold for Hillary Clinton, offering full-throated support and saying she'd make "an outstanding president."

Michelle Obama didn't once utter Donald Trump's name in her Monday night address to the convention. But her entire speech -- framed to ask how the next president will make his or her mark on America's children -- was aimed squarely at the Republican elephant in the room. Her words brought the house down.

Former President Bill Clinton will make history at the convention tonight when he makes the case for his wife, Hillary, becoming president. For years, the spouses of standard bearers have played vital roles at both parties' conventions. But with a former first lady running for the Oval Office, and the potential for a first gentleman in the White House, the political process reaches uncharted territory.

Hillary Clinton faces a crucial test at the Democratic National Convention: laying out her vision for boosting the U.S. economy. With some polls showing her in a dead heat with Donald Trump in the presidential race, we consider what Clinton's economic blueprint gets right -- and wrong.

The "sharing economy" has plenty of downsides to go with its upsides, especially if you're not careful -- whether you're the sharer or sharee. There are steps you can take to try to make sure you get as much as what you should out of it.

When it comes to their finances, many older Americans find themselves house-rich and cash-poor. It's easy to squander that hard-earned equity and deplete a potentially critical source of retirement income. Here's the best way for retirees to tap the value they've built up in their homes.

Elizabeth Warren tells delegates: Choice is between unity and Trump
Sarah Silverman to Sanders die-hards: "You're being ridiculous"
Dozens of pro-Sanders demonstrators cited by police near DNC
What to watch for at the Democratic convention today

Will the corporate earnings recession ever end?

Ozzy Osbourne on marriage: "Some days it's terrible"