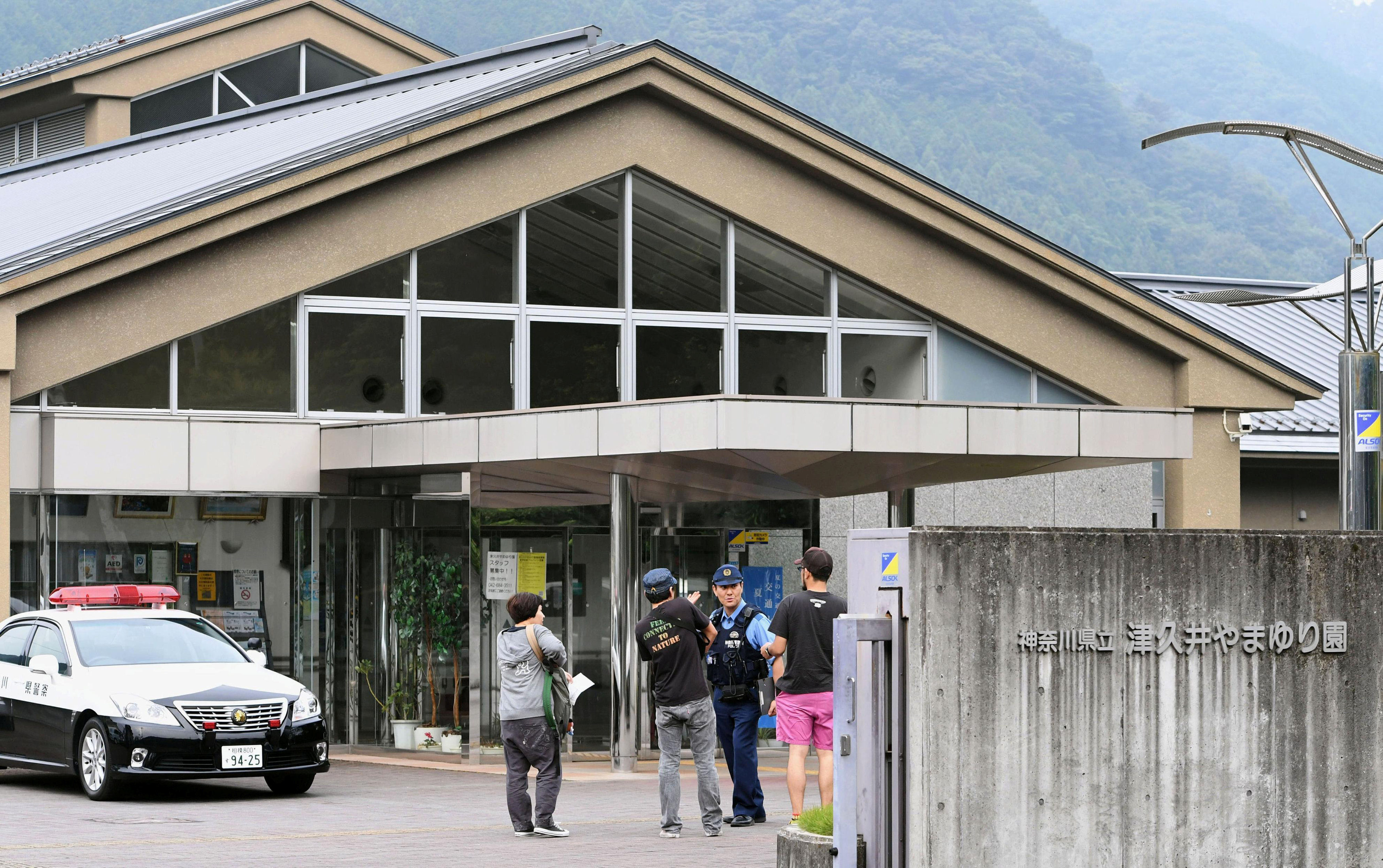 SAGAMIHARA, Japan -- Hatred appear to be what fueled a young Japanese man who went on a stabbing rampage, killing 19 people Tuesday at a facility for the mentally disabled where he had been fired. Months earlier, he reportedly gave a letter to Parliament outlining the bloody plan.

When he was done, Satoshi Uematsu, 26, had left dead or injured nearly a third of the almost 150 patients at the facility in a matter of 40 minutes in the early Tuesday attack, the deadliest mass killing in Japan in decades. Twenty-five were wounded, 20 of them seriously.

He drove up in a black car, carrying several knives to the Tsukui Yamayuri-en facility in Sagamihara, 30 miles west of Tokyo, according to security camera footage played on TV news programs. He broke in by shattering a window at 2:10 a.m., according to a prefectural health official, and then set about slashing the patients' throats.

Details of how he did that, and if the victims were asleep or otherwise helpless, were not immediately known, although a cryptic letter he sent to Japan's Parliament in February gave a peek into Uematsu's dark turmoil.

He calmly turned himself in about two hours after the attack, police said.

Tsukui Yamayuri-en, which means mountain lily garden, was a facility Uematsu knew well, having worked there since 2012 until he was let go in February.

He knew the staffing would be down to just a handful in the wee hours of the morning, Japanese media reports said.

Not much is known yet about his background, but Uematsu once dreamed of becoming a teacher. In two group photos posted on his Facebook, he looks happy, smiling widely with other young men.

But somewhere along the way, things went terribly awry.

Uematsu began to tell people around him that disabled people needed to be killed. In February, he tried to hand deliver a letter he wrote to Parliament's lower house speaker demanding all disabled people be put to death through "a world that allows for mercy killing," Kyodo news agency and TBS TV reported.

Uematsu boasted in the letter that he had the ability to kill 470 disabled people in what he called was "a revolution," and outlined an attack on two facilities, after which he said he will turn himself in. He also asked he be judged innocent on grounds of insanity, be given 500 million yen ($5 million) in aid and plastic surgery so he could lead a normal life afterward.

The letter was reprinted by Kyodo after the attack.

"My reasoning is that I may be able to revitalize the world economy and I thought it may be possible to prevent World War III," the rambling letter says.

The letter, which the Tokyo police got, included Uematsu's name, address and telephone number, and reports of his threats were relayed to local police where Uematsu lived, Kyodo said.

Kanagawa Gov. Yuji Kuroiwa apologized for having failed to act on the warning signs.

From his time working at the facility, Uematsu was known to people in the area, and some said he was so polite and upstanding that they found the news shocking.

Akihiro Hasegawa, who lived next door to Uematsu, said he heard Uematsu had gotten in trouble with the facility, initially over sporting a tattoo, often frowned upon in mainstream Japanese society because of its association with criminal groups.

"He was just an ordinary young fellow," he said.

Yasuyuki Deguchi, a criminologist, said Uematsu's actions were typical of someone who bears a grudge and seeks revenge, because it appeared he planned out the attack, and then he turned himself into police.

"Accomplishing his goal was all he wanted," Deguchi said on TV Asahi.

Michael Gillan Peckitt, a lecturer in clinical philosophy at Osaka University in central Japan, and an expert on disabled people's issues in Japan, said the attack speaks more about Uematsu than the treatment of the disabled in Japan.

"It highlights the need for an early-intervention system in the Japanese mental health system. Someone doesn't get to that state without some symptoms of mental illness," he said.

"The United States offers our deepest condolences to the families and loved ones of those killed in the heinous attack today in Sagamihara, Japan," the statement read. "We also pray for the speedy recovery of the dozens of individuals who were wounded. There is never any excuse for such violence, but the fact that this attack occurred at a facility for persons with disabilities makes it all the more repugnant and senseless. The thoughts of the American people are with our Japanese friends as they mourn the lives lost."

Mass killings are relatively rare in Japan, which has extremely strict gun-control laws. In 2008, seven people were killed by a man who slammed a truck into a crowd of people in central Tokyo's Akihabara electronics district and then stabbed passers-by.

Fourteen were injured in 2010 by an unemployed man who stabbed and beat up passengers on two public buses outside a Japanese train station in Ibaraki Prefecture, about 25 miles northeast of Tokyo.