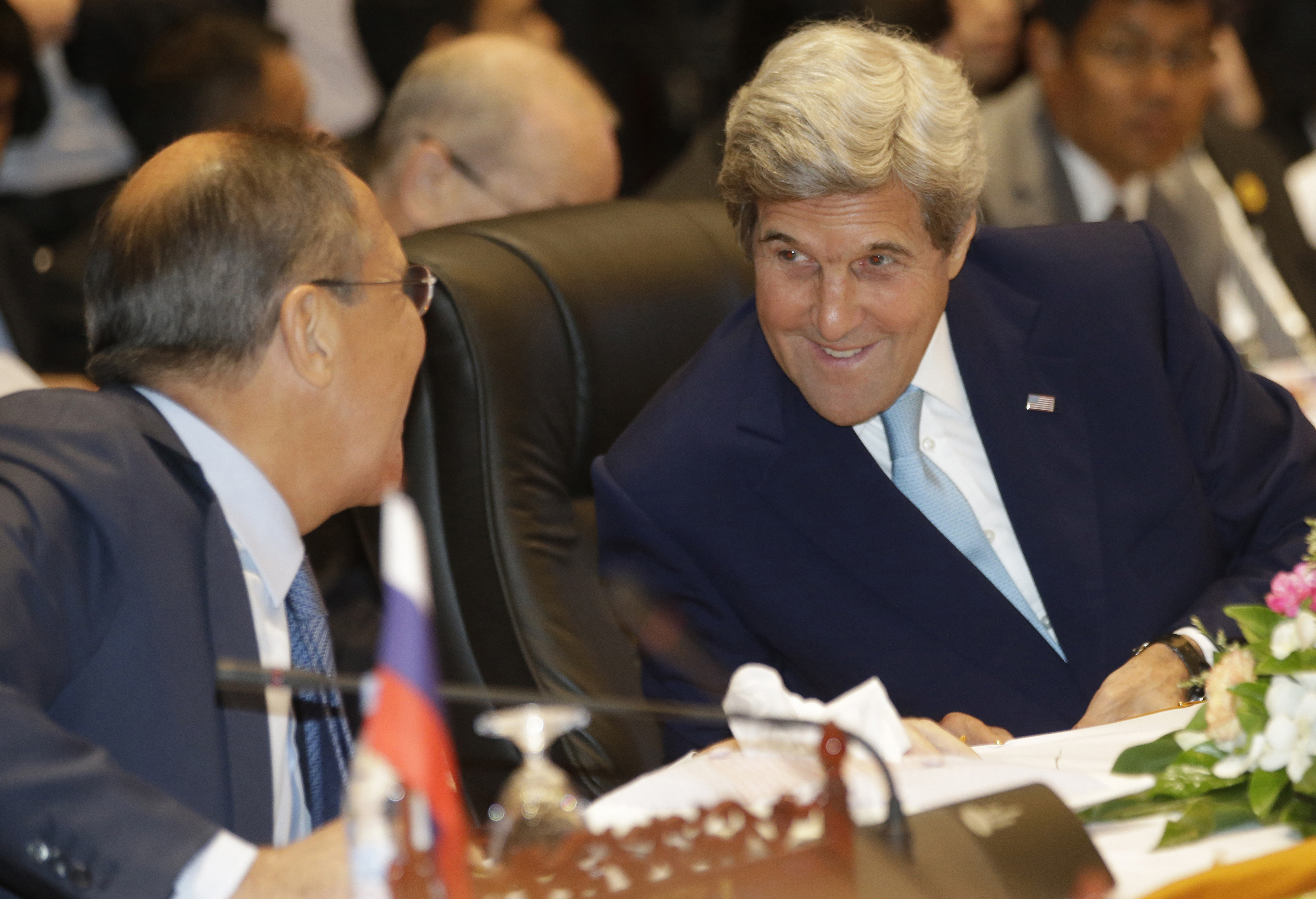 VIENTIANE --Secretary of State John Kerry says he raised the email hack of the Democratic National Committee with Russia's top diplomat but stopped short of making any allegation about who might be responsible.

Kerry told reporters Tuesday he brought the matter up with Russian Foreign Minister Sergey Lavrov at a meeting in Laos and explained that the FBI was investigating. He did not, however, repeat allegations or echo suspicions that Russia was responsible for the hack and said he would not draw conclusions until the probe is complete. "I raised the question and we will continue to work to see precisely what those facts are," Kerry said. He would not say if Lavrov responded.

Asked about the allegations earlier, Lavrov scoffed, saying: "I don't want to use 4-letter words."

The FBI confirmed Monday that it was investigating the hack involving Democratic National Committee (DNC) emails.

A cache of more than 19,000 emails from Democratic party officials, were leaked Friday in advance of Hillary Clinton's nomination at the party's convention this week in Philadelphia, and they detail the acrimonious split between the Democratic National Committee and Clinton's former rival, Sen. Bernie Sanders, D-Vermont.

"What the experts said when this breach initially happened at the DNC was that they believed that it was Russian state actors who took these emails," Mook said.

"Russian state actors were feeding the emails to hackers for the purpose of helping Donald Trump," he continued.

But neither the Clinton campaign, the White House, nor lawmakers briefed on the hack definitively linked the leak to the Russian government on Monday.