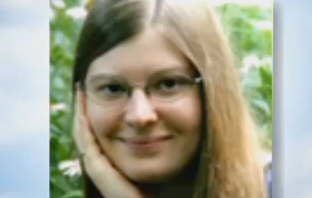 CUSHING, Okla. -- Authorities on Monday located the body of a Kansas skydiver who jumped from a plane in Oklahoma and landed about 5 miles away from her parachute and harness.

A family member identified the woman as Sheralynn Neff, 26, after law-enforcement agencies found her body south of an airport near the Oklahoma city of Cushing, according to Lincoln County Sheriff Charlie Dougherty. The search began shortly after Neff was reported missing Sunday evening.

"She was the last one out of the airplane on that jump, out of about four or five people," Dougherty said. "We interviewed everybody and right now, there's not any explanation for why any of this took place."

Neff was not found near the parachute. Dougherty said the parachute floated away. The harness was attached to the parachute. When Neff was found, she was only wearing her jump suit, CBS affiliate KWTV reported.

She was found in tall grass and thick brush. Helicopter search crews could not locate her, so other rescue crews searched by foot for more than 16 hours before they found her, KWTV reported.

Neff, a resident of Newton, Kansas, had completed several successful jumps on Sunday with Oklahoma Skydiving Center in Cushing before the fatal incident, Dougherty said.

The Federal Aviation Administration was examining the woman's parachute harness Monday to determine why she may have landed without it, agency spokesman Lynn Lunsford said.

"Our main focus is on determining whether the parachute was packed properly and the harness was in good shape," Lunsford said. "A preliminary examination turned up no obvious answers."