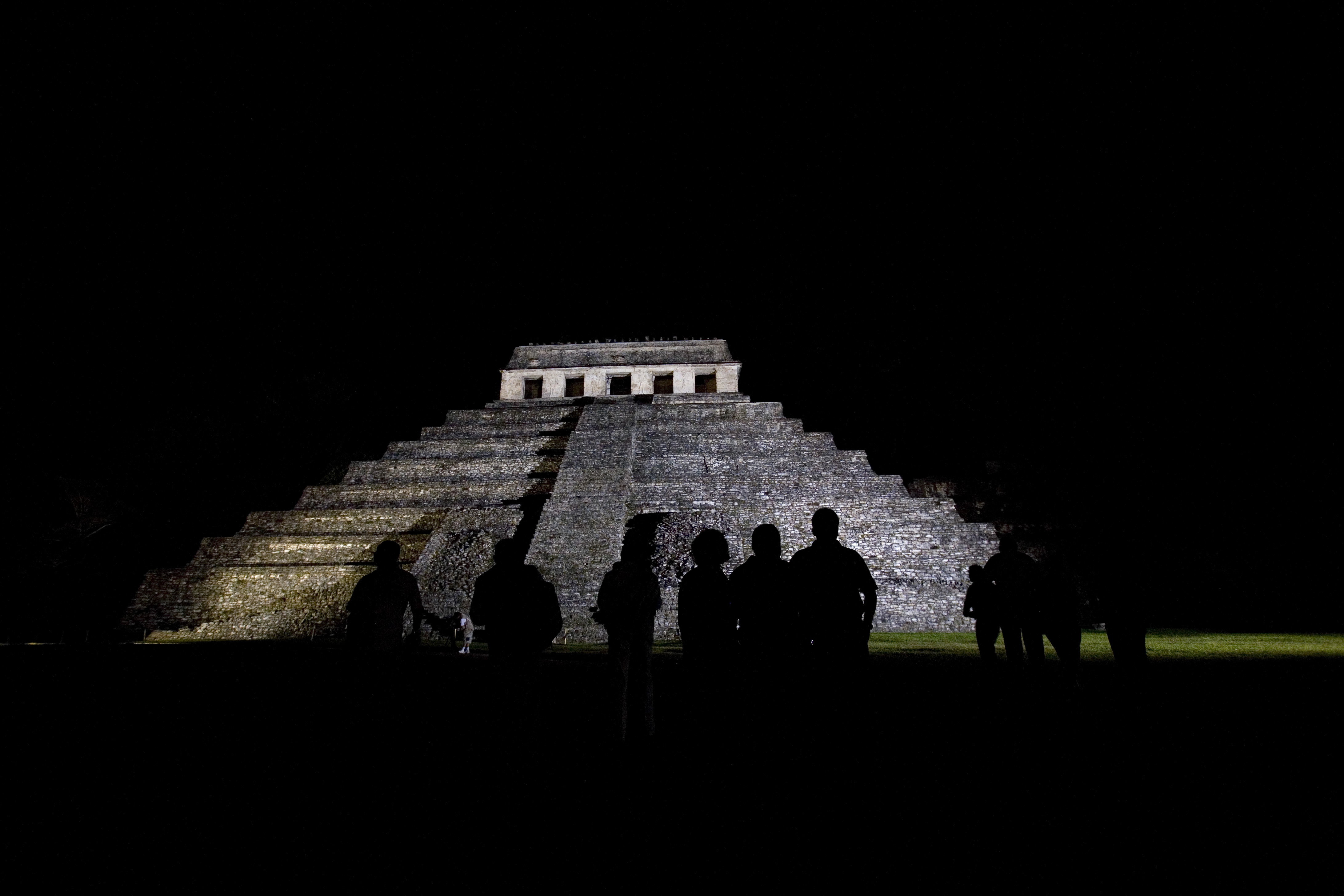 MEXICO CITY -- Archaeologists at the Mayan ruin site of Palenque said Monday they have discovered an underground water tunnel built under the Temple of Inscriptions, which houses the tomb of an ancient ruler named Pakal.

Archaeologist Arnoldo Gonzalez says researchers believe the tomb and pyramid were purposely built atop a spring between 683 and 702 AD. The tunnels led water from under the funeral chamber out into the broad esplanade in front of the temple, thus giving Pakal's spirit a path to the underworld.

Attention has focused on the heavily carved stone sarcophagus in which Pakal was buried, and which some erroneously believe depict the Maya ruler seated at the controls of a spaceship.

But Gonzalez said Monday that carvings on a pair of stone ear plugs found in the grave say a god "will guide the dead toward the underworld, by submerging (them) into the water so they will be received there."

Pakal, in other words, didn't fly off into space; he went down the drain. "There is nothing to do with spaceships," Gonzalez said.

The tunnel, which connects to another, is made of stone and is about two feet wide and tall.

The director of archaeology for the National Institute of Anthropology and History, Pedro Sanchez Nava, said the theory makes sense in light of other pre-Hispanic peoples such as those who lived at Teotihuacan, near Mexico City, where another water tunnel was found.

"In both cases there was a water current present," said Sanchez Nava. "There is this allegorical meaning for water ... where the cycle of life begins and ends."

The dig began in 2012, when researchers become concerned about underground anomalies detected with geo-radar under the area in front of the pyramid's steps.

Fearing a hole or geological fault that could cause the pyramid to settle or collapse, they dug at the spot - and uncovered three layers of carefully fitted stone covering the top of the tunnel.

Gonzalez said the same type of three-layered stone covering has been found in the floor of Pakal's tomb, within the pyramid.

Gonzalez said he believes there is no shaft or connection between the tomb and the tunnel, but adds the conduit hasn't been fully explored yet because it is too small to crawl through.

Researchers had to send a robot with a camera down to view much of the underground horizontal shaft.

Author Erich von Daniken suggested in his 1968 book "Chariots of the Gods?" that Pakal's position in the engraving on the stone sarcophagus lid resembled the position of astronauts, and he appeared to be seated in a contraption with flames coming out of it and controls.

Experts say that the "flames" are in fact depictions of the Maya's "World Tree" or "Tree of Life," whose roots were believed to reach into the underworld.