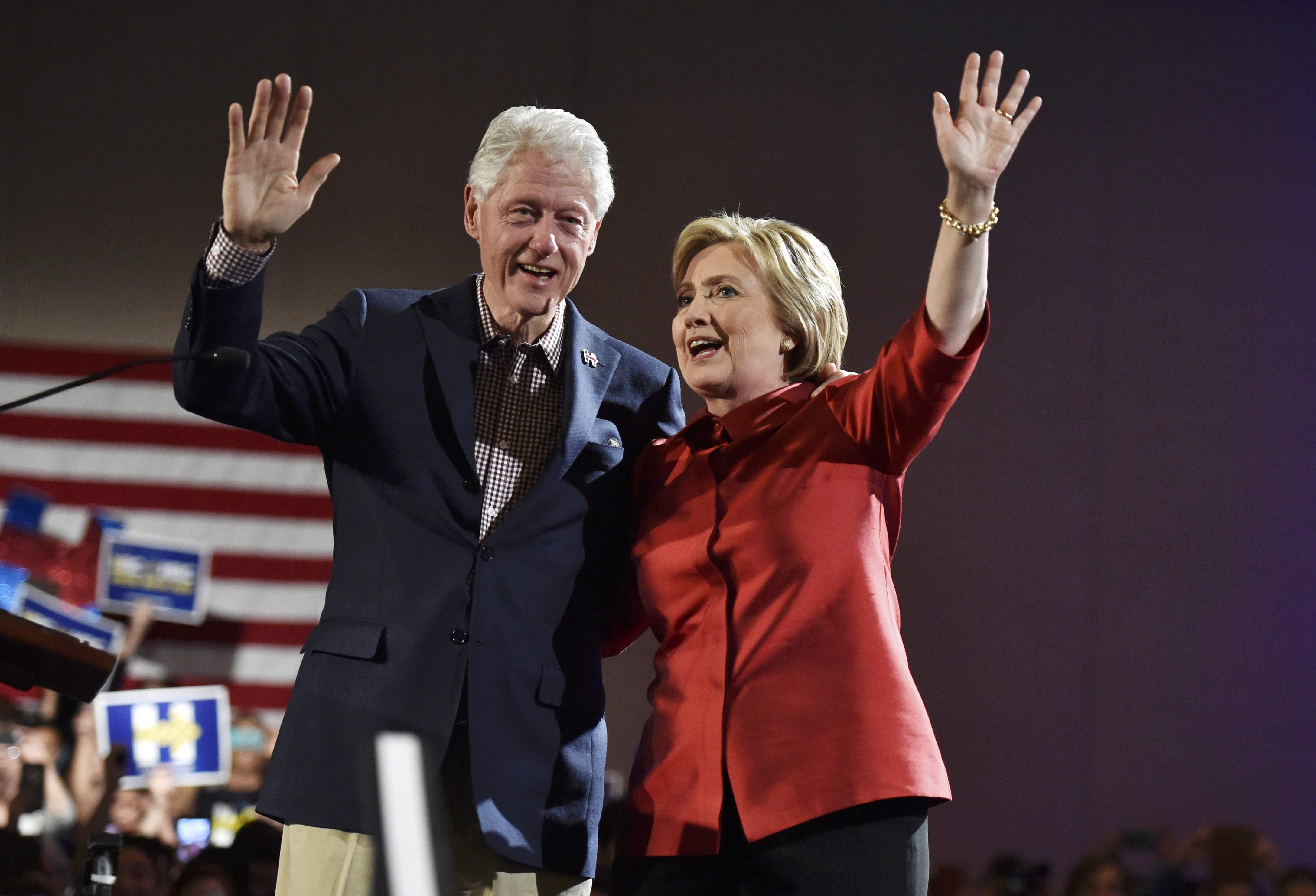 Former President Bill Clinton will make history Tuesday night when he makes the case for his wife, Hillary, after her official nomination.

For years, the spouses of future presidents have played vital roles at both the Republican and Democratic National Conventions, but with a former first lady running for the highest office and the potential for a first gentleman in the White House, the political process reaches uncharted territory.

A spokesman for Bill Clinton said the former president was busy at work Monday working on his speech - which he is writing himself - at his hotel in Philadelphia. Mr. Clinton is speaking two days ahead of his wife, in what marks a major role reversal for the former first couple, reports CBS News correspondent Julianna Goldman.

Twenty years ago, Hillary Clinton took the stage at the Democratic National Convention and urged the American people to choose her husband.

"It takes a president who not only holds these beliefs, but acts on them," Hillary said at the 1996 convention. "It takes Bill Clinton!"

Now, it's his chance to return the favor. The former president will be going where no former commander in chief has gone before - delivering a prime time address at a convention where his wife is the guest of honor.

"He will no doubt laugh and be ironic about his unique role," said Stan Greenberg of the Democratic Pollster. "He will write and work at the speech over and over again 'til he gets it just right."

Up until now, Bill Clinton has largely remained on the sidelines of his wife's campaign - although he made headlines for his ill-timed meeting with Attorney General Loretta Lynch and a run-in with Black Lives Matter protesters in Philadelphia.

"You are defending the people who kill the lives you say matter! Tell the truth!" the former president said at a campaign event for his wife.

Doctor, NICU nurse who cared for him reunited

"The great irony here is that Bill Clinton has always struggled," said Karen Tumuity, national political correspondent of the Washington Post. "He's often run into trouble when he's tried to defend and explain his wife so this is a bit of a high wire act for him."

Over the weekend, Hillary Clinton talked with "60 Minutes" about the prospect of having two presidents in the White House.

"I will be the president but it does happen to be a historical fact that my husband served as president for eight years and there's a lot that happened which helped the American people during those eight years," she said.

For spouses of potential presidents, the conventions have been an opportunity to show a softer side of their other half. In 2012, both Michelle Obama and Ann Romney humanized their husbands with personal anecdotes.

"He was the guy whose proudest possession was a coffee table he'd found in a dumpster," Michelle Obama said of her husband.

"We walked to class together, shared the housekeeping, ate a lot of pasta and tuna fish," Ann Romney said.

Bill Clinton will have the added job of standing in his wife's shadows as she takes the lead.

"Usually, the spouse has one big night where she -- and it's always been she -- has taken the stage," Tumuity said. "This is a very, very different dynamic because these two are a historic narrative unto themselves."

Bill Clinton certainly will not be a stranger on the campaign trail this fall. As for the White House, Hillary Clinton has said he could be a key adviser on the economy.