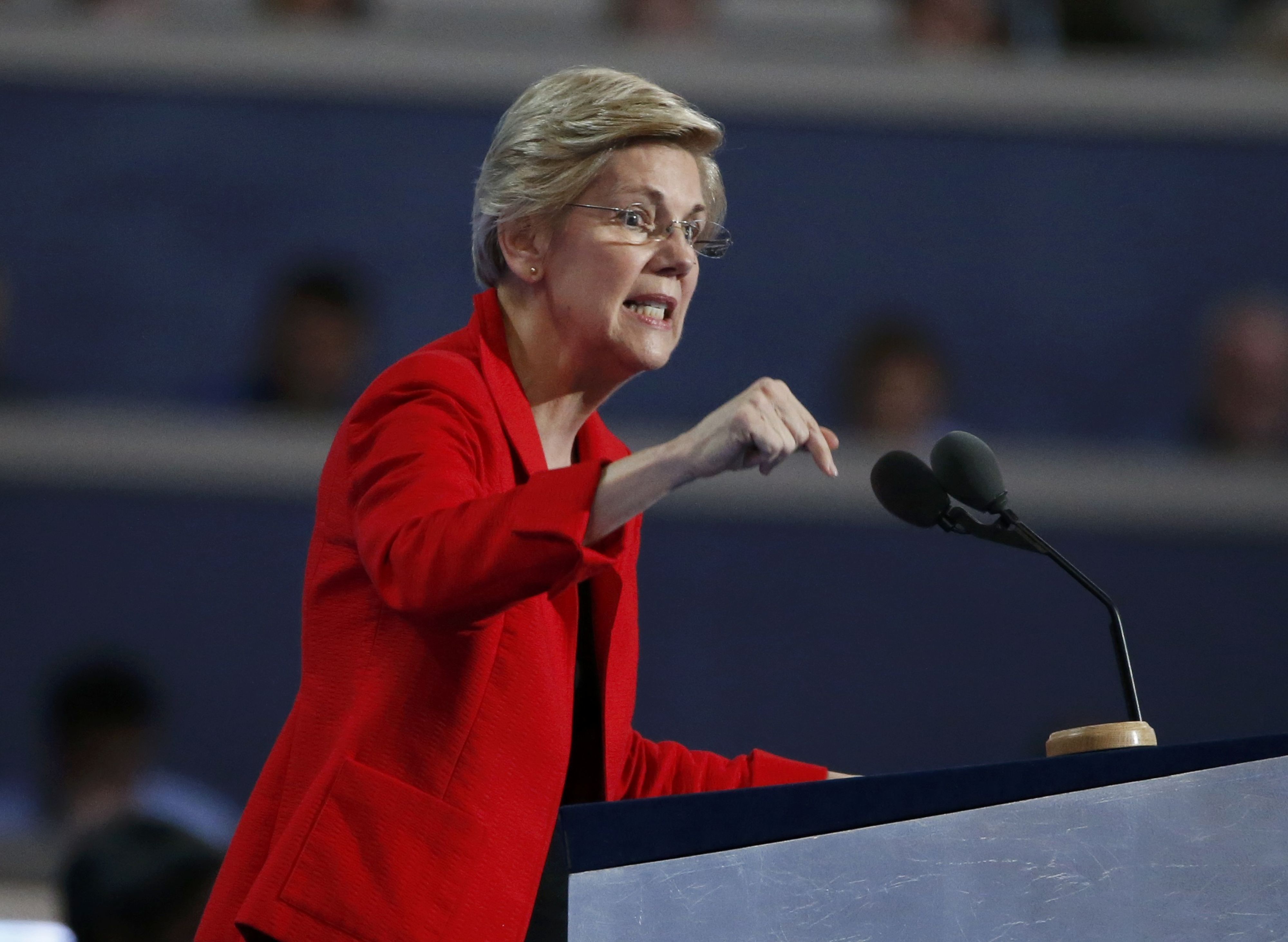 PHILADELPHIA -- Massachusetts Sen. Elizabeth Warren took the stage in Philadelphia Monday amid a seemingly divided party, with Bernie Sanders devotees bringing tensions to a boiling point on the floor of the convention after weeks of threatening revolt.

But in her speech Warren, who endorsed presumptive Democratic nominee Hillary Clinton last month, attempted to quell the dissatisfied delegate ranks with talk of a common enemy: Donald Trump.

Trump's America, Warren told the convention, was an "America of fear and hate -- an America where we all break apart."

"Whites against Blacks and Latinos. Christians against Muslims and Jews. Straight against gay. Everyone against immigrants," Warren said. "Race, religion, heritage, gender -- the more factions, the better."

"Divide and conquer is an old story in America," she noted, before pointing to the work of civil rights leaders like Dr. Martin Luther King to heal the divisions.

"After his march from Selma to Montgomery, [King] spoke of how segregation was created to keep people divided," Warren said. "Instead of higher wages for workers, Dr. King described how poor whites in the South were fed Jim Crow, which told a poor white worker that, quote, 'no matter how bad off he was, at least he was a white man, better than the black man.' Racial hatred was part of keeping the powerful on top."

Warren, whose progressive bona fides are bolstered by her long fight to reign in Wall Street, sought to frame political infighting as an economic disadvantage.

"Well, I've got news for Donald Trump," Warren said. "The American people are not falling for it!"

Warren castigated Trump as "a man who cares only for himself every minute of every day," slamming him for leaving his businesses bankrupt and for leaving blue-collar workers in the lurch.

"Donald Trump has no real plans for jobs or for college kids or for seniors," she added, before rejecting what she viewed as divisive policy proposals.

"We are not going to be Donald Trump's hate-filled America -- not now, not ever," Warren said.

Pro-Sanders backers, even after being chastised by several speakers earlier in the evening, refused to back down in their protest of the party's presumptive nominee.

When the Massachusetts senator declared "I'm with Hillary" at the top of her speech, delegates at the arena accused her of betrayal, interrupting her speech with shouts of "We trusted you! We trusted you!"

For every subsequent "We're with her," repetition in her address, Warren was loudly booed.

And when the progressive icon promised that Clinton would champion financial regulations of big banks, Warren was greeted with jeers of "Goldman Sachs!" and "No TPP!" -- popular criticisms of Clinton, who had once promoted the Trans-Pacific Partnership during tenure at the State Department.

In the days before the convention, a damaging DNC email leak led to the resignation of Debbie Wasserman Schultz, the party's chair, from the top job. The FBI is investigating the email hack.