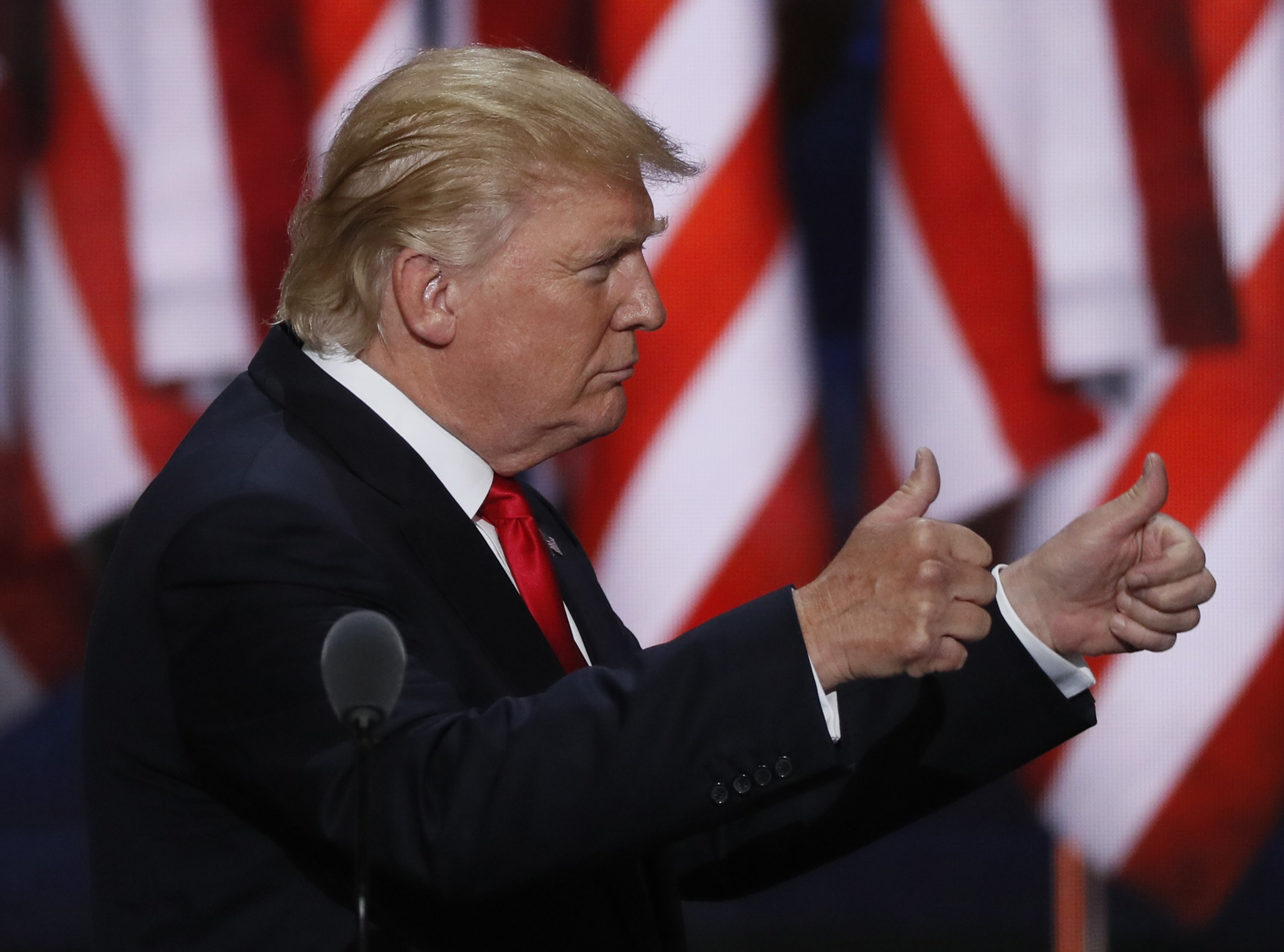 On the final night of a convention mired by plagiarism and a non-endorsement, Donald Trump painted a bleak picture of America as he officially accepted the Republican party's nomination for the presidency. His speech veered at moments into chanting and self-congratulation, but focused primarily on highlighting the problems facing our country, and promises to fix them, fast.

Presumptive Democratic presidential nominee Hillary Clinton is widely expected to reveal her choice for running mate in the coming days, before the Democrats' convention kicks off, during a two-day swing through a crucial general election battleground state.

Donald Trump's plan to lower college costs rests on re-privatizing providers of student loans, and perhaps abolishing the U.S. Department of Education. Even if it weren't short on specifics, it's not enough to remedy soaring tuition costs. We look at how the Republican nominee's blueprint to help college students falls short.

End of an era

Fox News CEO Roger Ailes, who transformed American news with his creation of the Fox News Network, has resigned from his influential post less than a month after he was sued for sexual harassment by a former anchor. It's a stunning end to the career of one of the most powerful people in the media.

After almost three years searching for the Malaysia Airlines flight that vanished over the Indian Ocean with 239 people on board, the countries leading the hunt are close to throwing their hands in the air. Officials say once they finish scanning the 46,000-square-mile search area at the end of this year, work will halt.

Dangerous heat and humidity will scorch several areas of the country today. Temperatures in cities across the central and southern states could rise into the triple digits. Excessive heat alerts are posted in 21 states from coast to coast. See how Chicago is using green infrastructure to fight the extreme heat.

Millions of vacationers are enjoying awe-inspiring scenery this summer at popular parks across the country. But if you want to avoid the crowds and satisfy your inner explorer, take a look at one of the least-visited gems; Isle Royale National Park, nestled along the Canadian border.

Why would cops want surveillance video of Nice attack destroyed?

Ivanka Trump talks about her dad's human side

Ringing in your ears? There may be help available

How to double your battery life for "Pokemon Go"

Oliver Stone shares his rather strong views on "Pokemon Go"