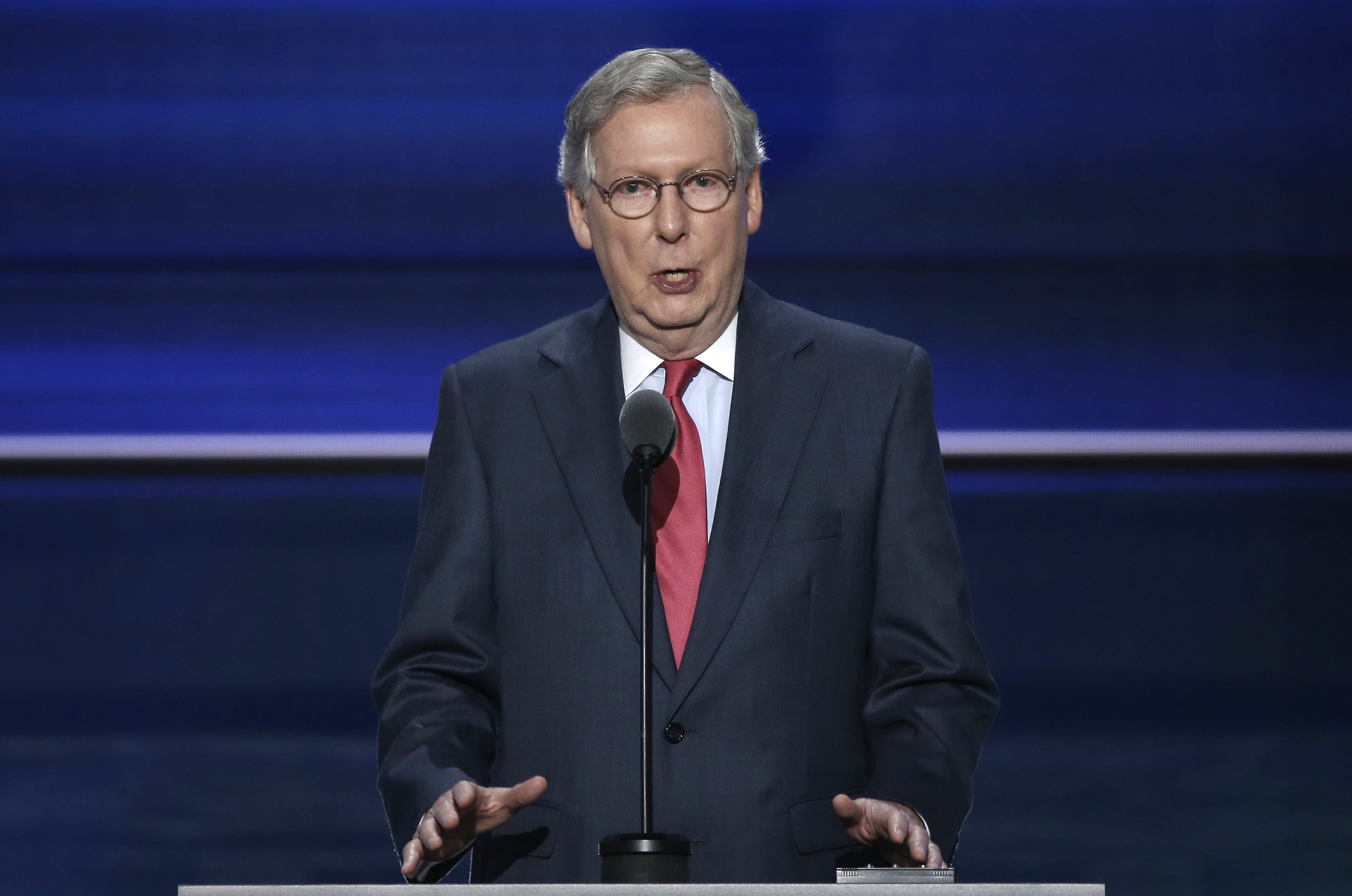 Senate Majority Mitch McConnell said Thursday that he thinks Donald Trump is "wrong" in his comments about the U.S. not immediately defending NATO allies if they are attacked.

"I disagree with that," the Kentucky Republican told Politico during the Republican National Convention in Cleveland. "NATO is the most important military alliance in world history. I want to reassure our NATO allies that if any of them get attacked, we'll be there to defend them."

Trump suggested in an interview with The New York Times released Wednesday that he would only have the U.S. defend NATO allies if they had fulfilled their obligations. He made the comment when he was asked whether he would assist Baltic countries that are NATO members if Russia decided to attack them.

"Well, I'm not saying if not. I'm saying, right now there are many countries that have not fulfilled their obligations to us," Trump said.

"I think he's wrong on that," McConnell told Politico. "I don't think that view would be prevalent or held by anybody he might make secretary of state or secretary of defense."

At the same time, the report said that even though McConnell disagreed with Trump, it doesn't concern him about Trump's fitness to lead the country.

In an interview with CBS News' Norah O'Donnell, former House Speaker Newt Gingrich also weighed in on Trump's NATO comments. He said that he thought Trump "would honor his obligation," but "he might rethink the obligation," and he speculated that Trump might give countries not living up to their obligations a year to comply.

"I'm saying Trump thinks there ought to be a very serious conversation about us, meaning the people, who defend people who won't defend themselves," he told O'Donnell.

Trump has complained before during the GOP primary race about NATO. In March, for example, he suggested that the U.S. should re-evaluate its participation in the alliance.