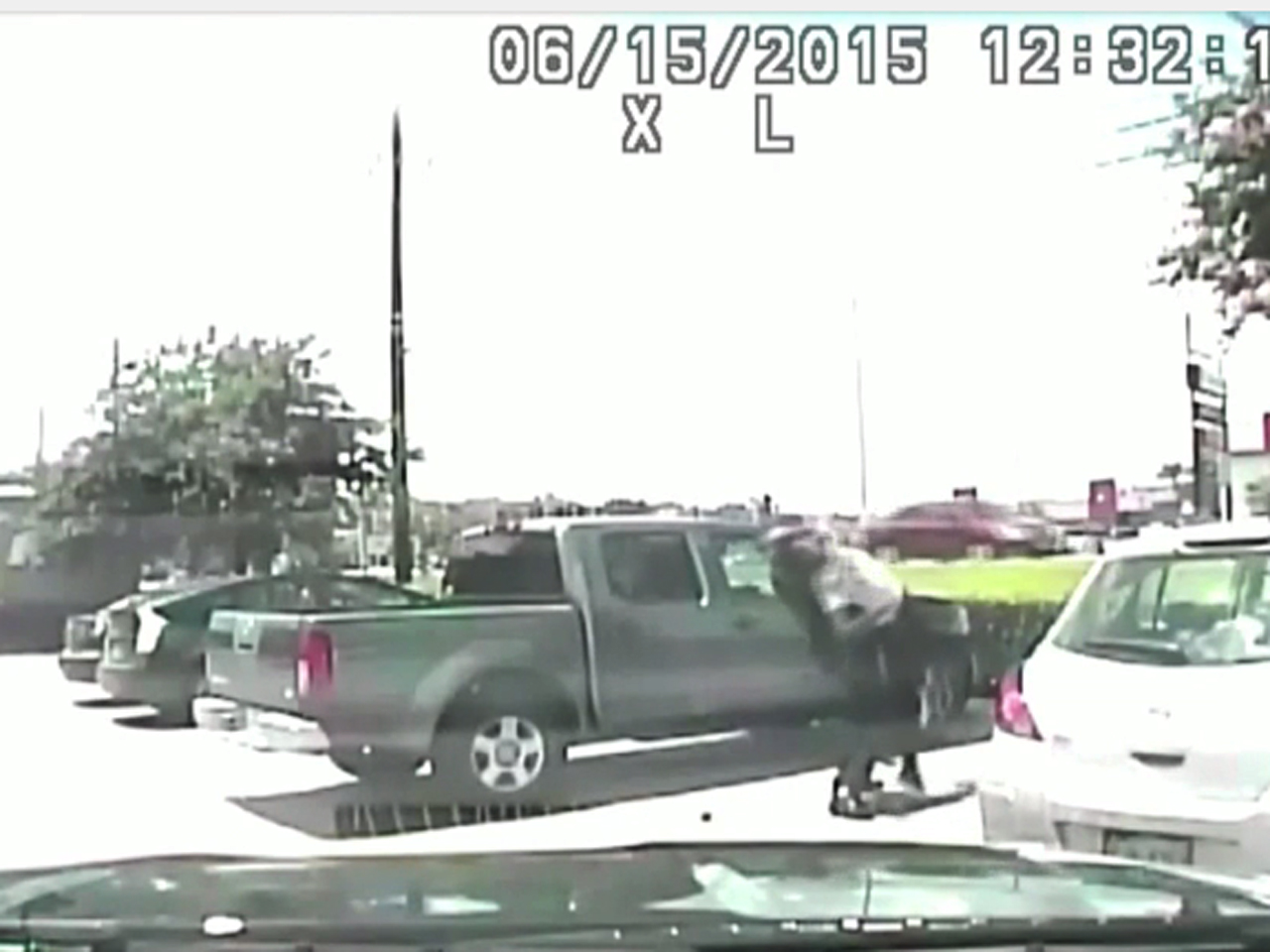 Austin Police Chief Art Acevedo condemned both officers' actions. He called the officer's comments on the video "disturbing" and said a criminal investigation has been opened against the officer who arrested Breaion King.

The traffic stop happened in June 2015 but wasn't made public until the Austin American-Statesman published the video Thursday. Acevedo called a news conference hours later and said both officers have been taken off street patrol and are on desk duty pending new internal investigations, which he said will include both officers' conduct in the year since the incident.

The video is surfacing amid heightened nationwide tension over police treatment of black people.

"For those that think life is perfect for people of color, I want you to listen to that conversation and tell me we don't have social issues in this nation," said Acevedo, who is Hispanic. "Issues of bias. Issues of racism. Issues of people being looked at different because of their color."

In one of two videos, Officer Patrick Spradlin is heard talking to King, who was pulled over for speeding, about race while driving her to jail.

"Why are so many people afraid of black people?" Spradlin asks.

King replies that she is also trying to figure that out.

"I can give you a really good idea why it might be that way," he said. "Violent tendencies."

Spradlin goes on to say that "I don't blame" white people for being afraid because of violence in the black community. "Some of them, because of their appearance and whatnot, some of them are very intimidating," he says.

The newspaper identified King as an elementary school teacher. Her attorney did not immediately return a message seeking comment.

Acevedo said King didn't file a complaint after the arrest and he didn't know about the traffic stop until this week, saying his subordinates should have previously alerted him to the video.

King told the newspaper the encounter changed how she views police.

Acevedo said she was pulled over for driving 15 mph over the speed limit when Officer Bryan Richter ordered her out of the car. The video shows him nearly throwing her into an adjacent truck while trying to place her under arrest in a Wendy's parking lot.

"I've become fearful to live my life," King told the newspaper. "I would rather stay home. I've become afraid of the people who are supposed to protect me and take care of me."

Richter can be heard in the video ordering King to "stop resisting" as he orders her out of the car. The angle of the video doesn't fully show King while she is inside the car.

Richter orders King to put her hands behind her back while the two struggle on the ground.

According to the station, court documents say King had actually parked her car in the lot and was walking to the eatery when Richter told her she was being stopped for speeding and said he needed to see her driver's license.

She began looking under her driver's seat and retrieved a wallet. Before handing over her license, court documents say, she questioned whether Richter could stop her since she was already parked. He said he could and he believed she only pulled into the parking lot to avoid being pulled over, because she didn't have her wallet with her to pay for a meal.

After she gave Officer Richter her ID, he asked her to sit down in her vehicle. When she didn't immediately cooperate Officer Richter made the decision to place her in handcuffs because he was concerned with her uncooperative attitude, which he thought would escalate if he returned to his vehicle, police say.

But once he reached for her arm to place her in cuffs, court documents say she resisted.

Dashcam video shows Richter throwing her to the ground, yelling at her to stop resisting.

While being pinned to the ground, King says she's trying and he's not giving her enough time to comply.

Richter has been a police officer since 2010 and Spradlin since 2001, according to Austin police. Listed phone numbers for the officers could not immediately be found.

Acevedo said he reviewed the video Wednesday with black community leaders for nearly 3-1/2 hours. He said they included Fatima Mann, an activist with the Austin Justice Coalition, who told reporters outside the police station she didn't understand how no one in the department had previously raised concerns about the video.

"If that was a white woman, would he have yanked her out ... and slammed her on the ground? Most of us could say absolutely not," Mann said. "But for reason, for some strange reason, when people look like me, we're more of a threat, and that means we get treated and thrown around as if we don't matter."

The Austin police union said in a statement that it understands the public's reaction to Richter's response and that Spradlin's comments were "wrong and not reflective of the values and beliefs of the men and women who serve this community."