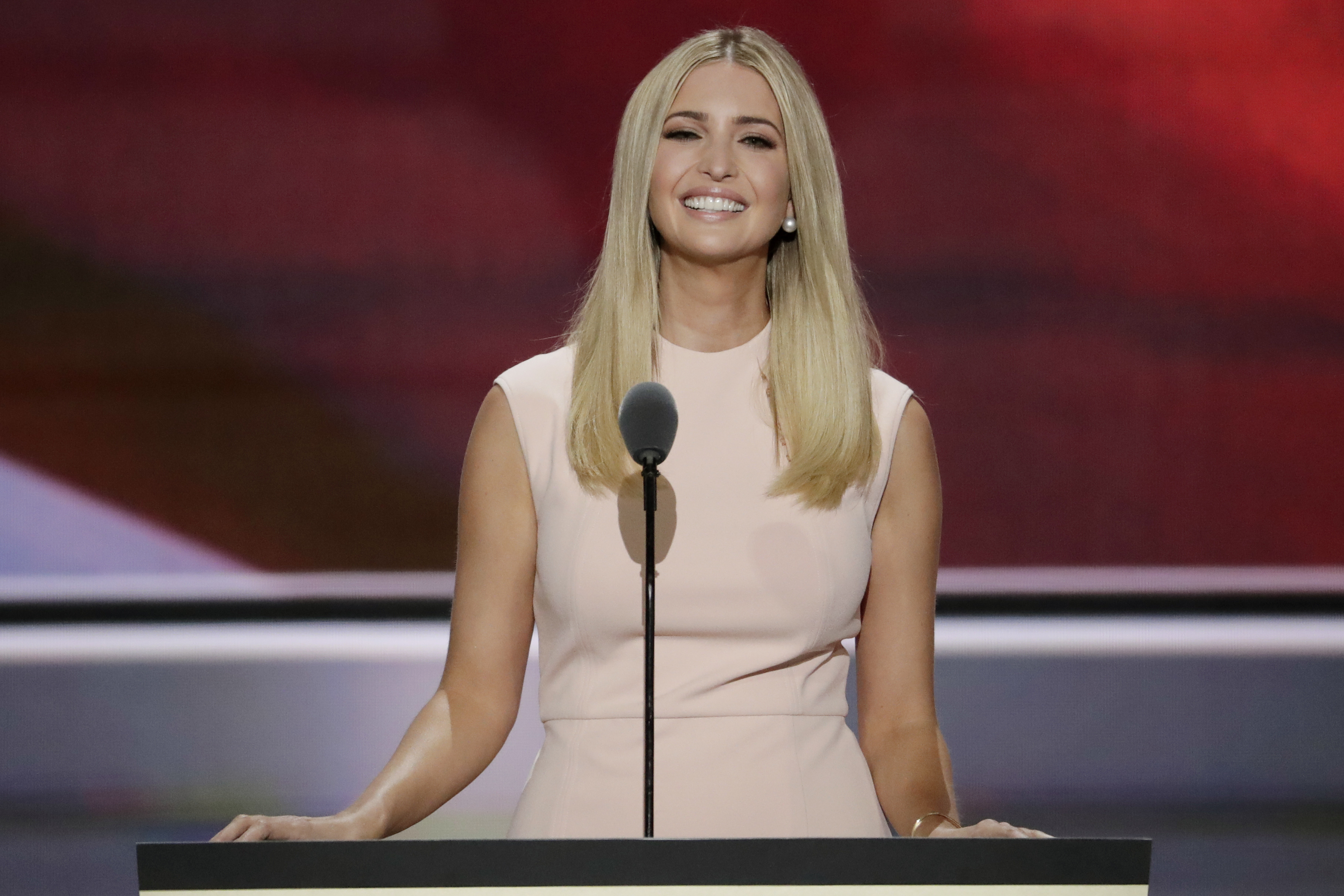 Ivanka Trump, speaking directly before her father Thursday night at the Republican convention, worked to humanize the GOP nominee and shared personal experiences of GOP nominee Donald Trump from her childhood.

"If it's possible to be famous and yet not really well-known, that describes the father who raised me," she said. "In the same office in Trump Tower where we now work together, I remember playing on the floor by my father's desk, constructing miniature buildings with Legos and erector sets, while he did the same with concrete, steel and glass."

Ivanka Trump is the fourth of Trump's five children to speak on his behalf this week, and her speech Thursday night is perhaps the best evidence that Trump's family members are the ones who are best at revealing a different side of the GOP businessman. (Barron, his youngest son and the only of his children not to speak at the convention, is only 10.) She and her husband, Jared Kushner, are among Trump's most trusted advisers.

On Tuesday night, 22-year-old Tiffany Trump spoke about holding onto her old report cards because her father had written "sweet notes" on them. "Donald Trump has never done anything halfway--least of all as a parent," she said. His sons Donald Jr. and Eric also spoke on his behalf.

In her remarks Thursday, Ivanka Trump told a story about the times Trump has worked to help others, even people he didn't know.

"Over the years, on too many occasions to count, I saw my father tear stories out of the newspaper about people he had never met who were facing some injustice or hardship," she said. "He'd write a note to his assistant in his signature black felt-tip pen and request that the person be found and invited to Trump Tower to meet with him."

Those people "would leave his office, as people often do after being with Donald Trump, feeling that life could be great again," she continued.

Ivanka Trump also spoke about Trump and his organization's treatment of women--undoubtedly an effort to help repair some of the damage he's done among female voters with his inflammatory comments.

"At our family's company, there are more female than male executives," she said as the crowd cheered. "Women are paid equally for the work that we do and, when a woman becomes a mother, she is supported, not shut out."

Ultimately, Ivanka Trump said, her father always taught her to aim high, adding that he'll do the same for the country.

"When I was a child, my father always told me, 'Ivanka, if you're going to be thinking anyway, you might as well think big,'" she said. "As president, my father will take on the bold and worthy fights. He will be unafraid to set lofty goals and he will be relentless in his determination to achieve them."