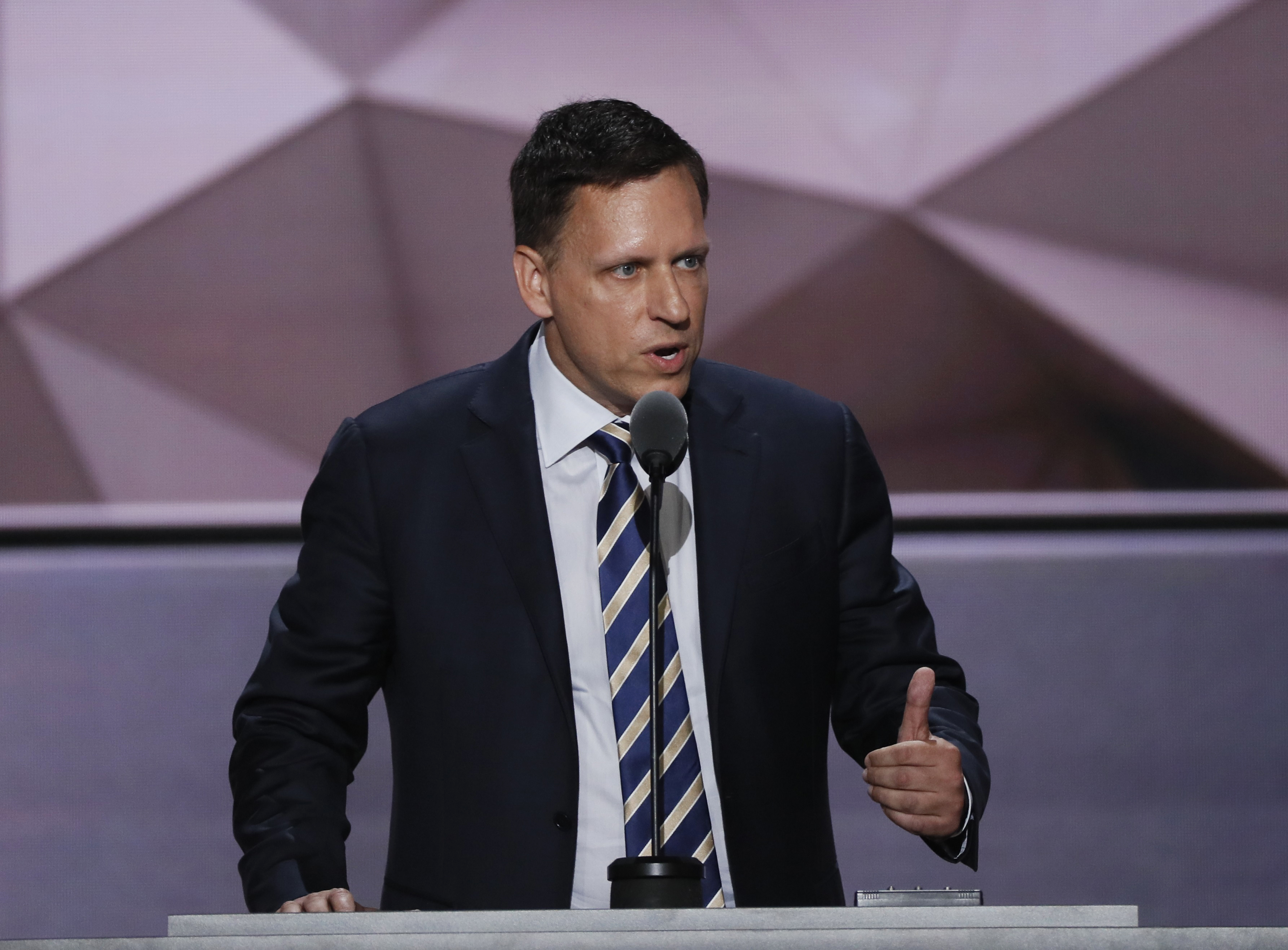 Silicon Valley venture capitalist Peter Thiel made campaign history Thursday when he stood on the stage of the Republican convention and declared, "I am proud to be gay," he said to cheers and a standing ovation from the delegates, as he said words never before uttered from the podium during a GOP convention.

The openly gay 48-year-old PayPal cofounder admitted that his views differ from those of many Republicans, who adopted a platform with no concessions to LGBT issues during this convention.

"I don't pretend to agree with every plank in our party's platform," Thiel said. "But fake culture wars only distract us from our economic decline. And nobody in this race is being honest about it except Donald Trump."

The libertarian tech investor, with a net worth of about $3 billion, went on to reinforce an argument that Trump makes -- that businessman are better-equipped to get results than the government is. And the government now, in Thiel's opinion, is overseeing the technological decline of the country, which was once a juggernaut.

"Our nuclear bases still use floppy disks. Our newest fighter jets can't even fly in the rain," he said. "And it would be kind to say the government's software works poorly, because much of the time it doesn't even work at all."

"We don't accept such incompetence in Silicon Valley, and we must not accept it from our government," he declared.