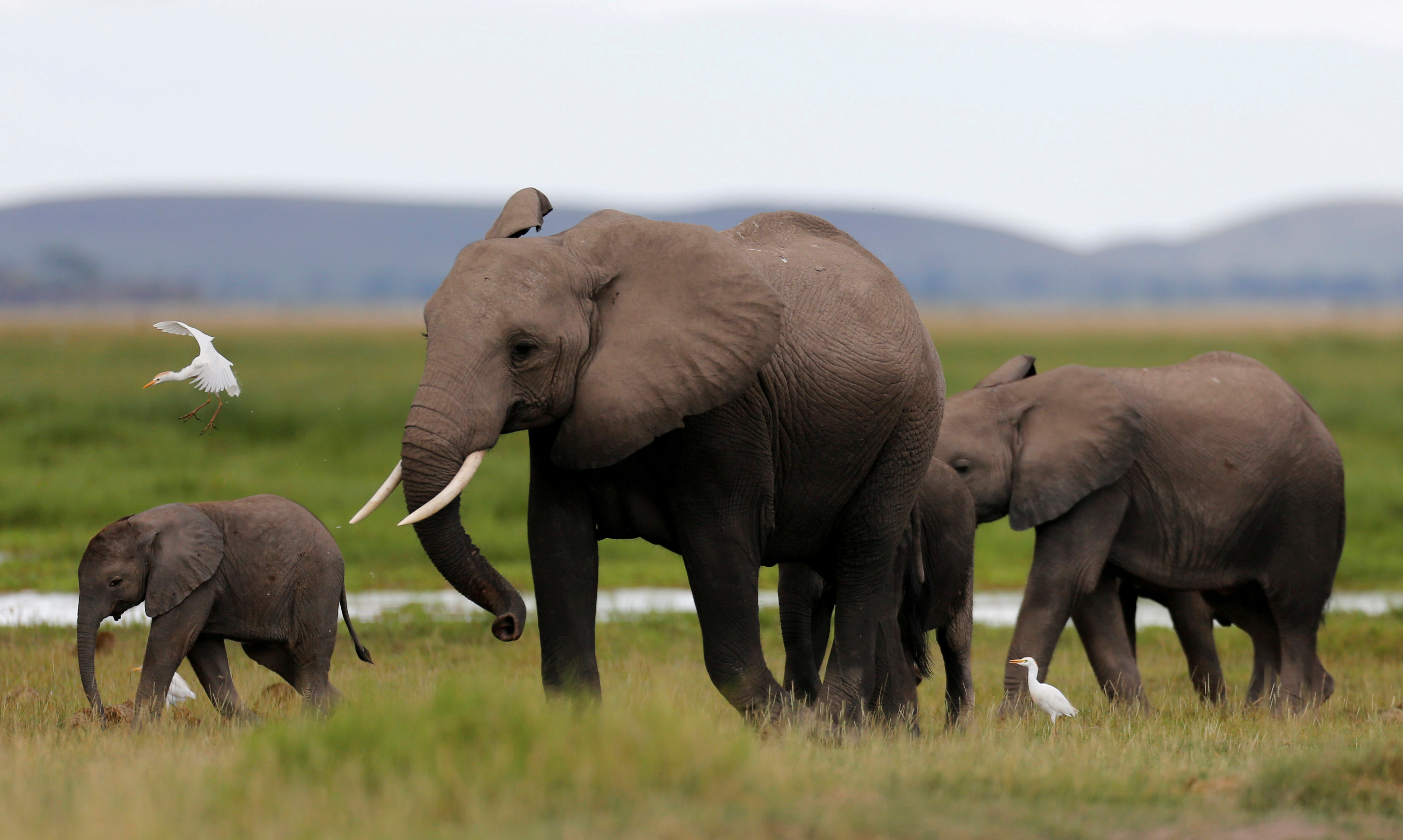 The sale of illegal wildlife products online is a critical problem facing conservation efforts, contributing to the decimation of endangered wildlife populations around the world. Friday -- on World Elephant Day -- seven major social media and e-commerce companies joined together to adopt standards set jointly by the World Wildlife Fund (WWF), TRAFFIC, a wildlife trade monitoring network, and the International Fund for Animal Welfare (IFAW) to try to put a stop to this kind of trade.

So far, eBay, Etsy, Gumtree, Microsoft, Pinterest, Tencent, and most recently, Yahoo are the first companies to agree to adopt a standardized policy that aims to curb poaching and the illicit sale of live animals and products made from endangered species. The policy is mainly a list that lays out exactly the kinds of endangered species and products that consumers and companies should be on the lookout for -- like clothing made from reptiles and amphibians like the plowshare tortoise or the Iranian spotted newt.

While all of this might sound like common sense, not all consumers are aware of exactly what might be classified as an illegally sourced good. Also, it has been fairly easy for traders to sneak illegal items onto e-commerce sites through deceptive product descriptions and titles. This policy aims to get everyone on the same page.

"What the announcement does is it makes customers aware that this kind of trade is illegal -- that this treatment of wildlife is wrong," Tania McCrea-Steele, head of the global wildlife cybercrime project at the IFAW, told CBS News. "It's also helpful for 'accidental traders' out there, who might not be aware of exactly where these goods originate from."

McCrea-Steele stressed that this policy is an essential tool for consumers and companies alike, by urging "companies to be on the lookout for illegal products" and "preventing customers from participating in illegal trade." At the end of the day, she said this kind of framework -- one that hadn't been in existence before across web companies -- leaves "no room for confusion."

The importance of this kind of effort becomes clear when one looks at the statistics. In a three-year period alone, about 100,000 elephants were poached for their ivory. The poaching crisis is just as stark for other species. From 2007 to 2014, rhino poaching increased by an astounding 9,300 percent in South Africa alone. In the past century, the world's tiger populations have nose-dived 97 percent, according to the release.

Goods that come from these animals can easily wind up on e-commerce sites like eBay, for example, which is why it was crucial that a standardized rulebook of sorts be put in place, TRAFFIC senior director Crawford Allan, told CBS News.

Allan said that criminals who are trying to sell products "from an illegal source" will often try to market the goods in deceptive ways on these sites. For instance, even though many of these sites have automated filters to screen for goods that come from poachers, these criminal sellers will market a product with elephant ivory as having "oxbone" or "a special material." He said that in many Asian countries, ivory is given the code word "white plastic" to evade filters.

"You might be logging on to a website in the U.S., even, and thinking you are buying local or buying from a U.S. company, but it is really a front from a supplier coming from another country in Africa or Asia," Allan explained.

The process of getting such a wide range of companies on board was complicated, but Allan stressed that it wasn't hard to convince so many organizations of how important it was to fight this kind of illegal trade.

McCrea-Steele said the level of engagement among the tech world is not necessarily new, but the scope of this agreement is. She said that, for instance, eBay's 2009 ban of ivory from all of its websites worldwide was a major step in the right direction.

For this particular cross-company agreement, Allan said that a closed-door workshop was held five months ago with tech companies, where they talked about the major issues surrounding online wildlife trafficking. It was a learning experience on both sides. The wildlife conservation and the tech industry officials both presented information from their respective vantage points, creating what he called "a humanized, harmonized approach" between the various groups.

McCrea-Steele added that the companies' adoption of these standards hopefully will have a trickle-down effect to enact governmental policy change.

"It's important to communicate that while we are working with these companies, we also need to see this level of engagement matched by strong pieces of legislation coming into play," she said.

In September, the CITES Conference of the Parties (CoP17) will be held in Johannesburg, South Africa, where many of these issues surrounding conservation and trade will be brought to the forefront. McCrea-Steele said it is important that it is up to citizens to "call on their governments" to make sure "enforcement measures" are taken to address the issue.

Allan said it is important to note that this policy is only the beginning and will be joined by other online retail sites. The ultimate goal, he said, is for this kind of illegal sale of goods will be eliminated from the mainstream and be banished to the so-called "dark web."

He said crowdsourcing where people are taking it upon themselves to fill in the gaps that automated filters and algorithms miss could also play a big role in policing this kind of illegal activity.

So, where would he like to see this movement heading five years from now?

"I would say within five years from now if this policy takes off, it is followed by a sweep of mechanisms and tools enacted by these companies that would remove and prevent these items from being posted in the first place," Allan said. "We would hopefully see the majority of the open web trading be devoid of illegal wildlife trade. If we can get this right -- and given the way technology is working and given the growing consumer knowledge around this -- then the only way you can find this kind of trade will be in the dark corners of the web."