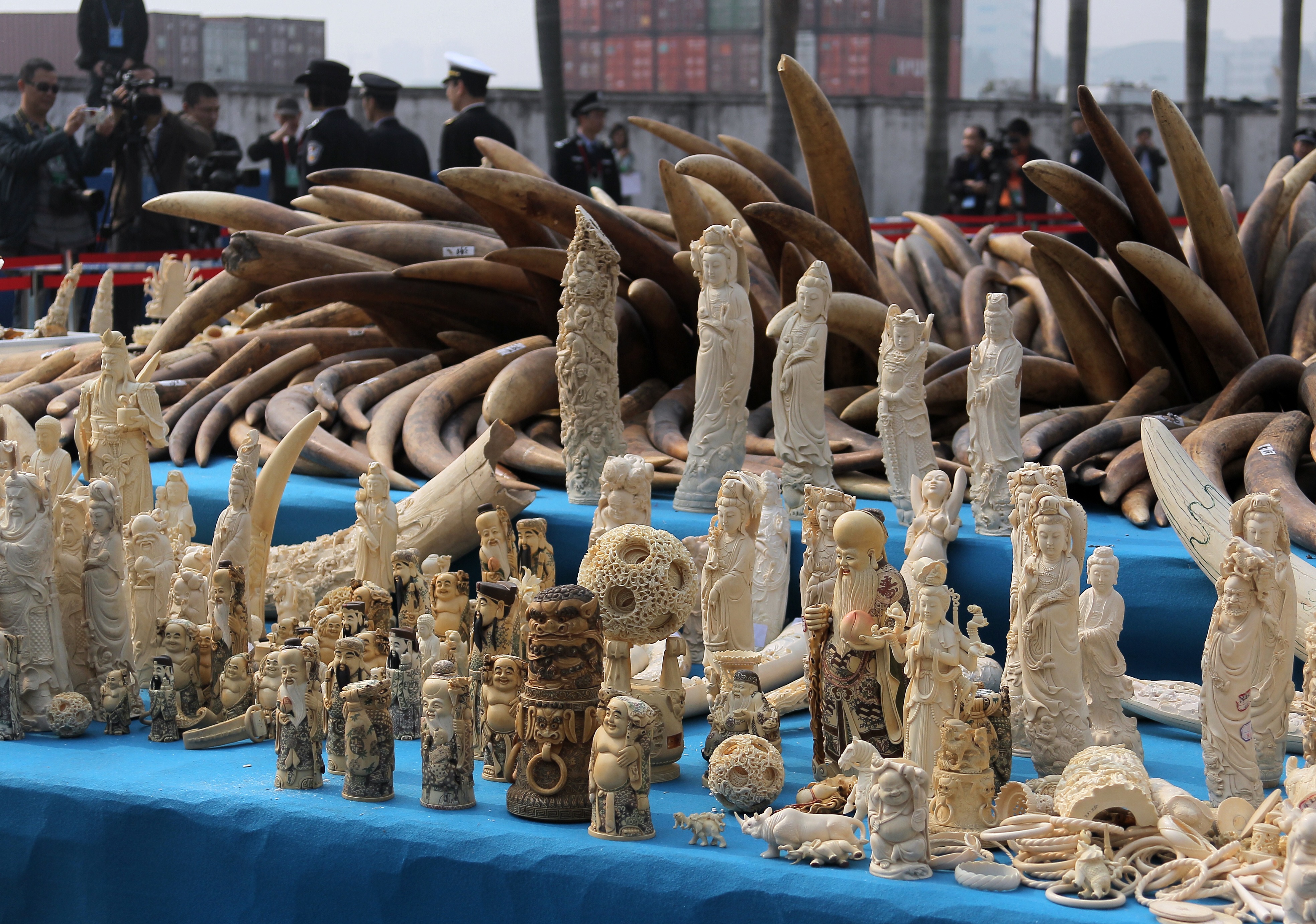 China has imposed a one-year ban on ivory imports amid criticism that its citizens' huge appetite for ivory has fueled poaching that threatens the existence of African elephants.

The State Administration of Forestry declared the immediate ban in a public notice posted on its official site this week, in which it said the administration would not handle any import request.

In an explanatory news report, an unnamed forestry official told the state-run Legal Evening News that authorities hope the ban would be a concrete step to reduce the demand for African tusks and to protect wild elephants. The official said the temporary ban would allow authorities to evaluate its effect on elephant protection before they can take further, more effective steps.

China is the world's largest importer of smuggled tusks, although Beijing has campaigned against illegal ivory. Six tons of illegal ivory was pulverized last year in the southern city of Dongguan, and Chinese courts have stepped up prosecution of illegal ivory trade.

The government also has warned its citizens not to bring back any ivory, but critics say the public awareness campaign is inadequate, as many Chinese do not know that tusks can only obtained by killing the elephant.

Technically, there has been a ban on the sale of ivory since 1989. But due to the demand in China and widespread corruption in Africa, poaching has worsened significantly over the past five years - with some 100,000 elephants killed for their tusks between 2010 and 2012.

Rising poaching rates have prompted a debate on how to respond, with some calling for greater resources to help impoverished African countries fight poaching gangs. Others have said the answer is getting China and other Asian nations like Vietnam and Thailand to stiffen laws against poaching and limit the sale of ivory, which is found in everything from chopsticks to bracelets to religious figurines.

China's move got a mixed reception from environmentalists, who said it showed the country was finally showing leadership on the issue but needed to go much further than a temporary ban.

"A lengthy moratorium on all domestic ivory sales, as well as imports, is the greatest hope for Africa's elephants and for quashing the transnational crime of elephant poaching and ivory trafficking that undermines local, regional, and global security," WCS President and CEO Cristian Samper, who serves on President Obama's Advisory Council on Wildlife Trafficking, said. "China's continued leadership will be essential if we are to make progress reducing these losses and preventing the extinction of one of the world's most intelligent, social, and iconic species."