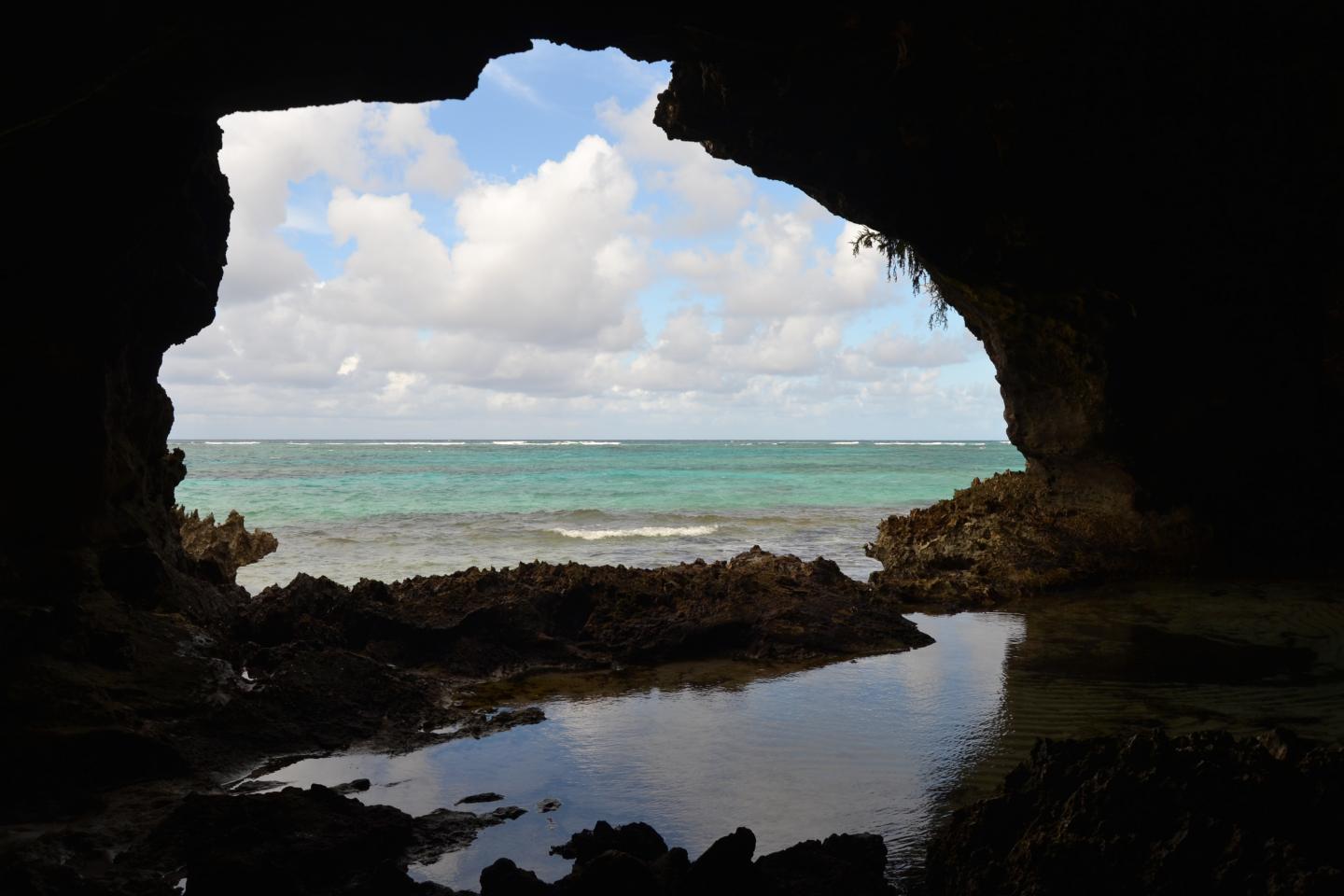 When it comes to the survival of a species, humans can be more dangerous than a global ice age.

A new study published in the Proceedings of the National Academy of Sciences journal poses the provocative argument that mankind did more damage to wildlife in the Caribbean than radical shifts in the area's climate thousands of years ago.

The research team, lead by the University of Florida, examined 95 fossil species from a flooded cave on the Great Abaco Island, the third largest in the Bahamian Archipelago. They identified 17 species of birds that were casualties of the dynamic climate changes of the Ice Age 10,000 years ago and 22 other species of mammals, reptiles, and birds that survived. These animals adapted to their changing environment, thriving for another 9,000 years. But they disappeared once humans came to the island about 1,000 years ago.

"The main takeaway from this study would be for people to start making the distinction between natural extinction and human cause extinction," study lead author Dave Steadman, ornithology curator at the Florida Museum of Natural History, told CBS News.

Steadman said that it might be surprising to hear that a larger percentage of species are more vulnerable to human-caused extinction than to extinction brought about by natural climate change, like an ice age.

"It's amazing that a great majority of species persisted (after the Ice Age), and now, in just a 1,000 years' worth of human presence we've lost a bigger percentage of the remaining fauna," he added. "Climate-driven extinction was pretty selective towards species that preferred dry open country. In the last 1,000 years, species of all different life history characteristics -- everything from lizards to bats to little birds to big birds and tortoises and crocodiles -- were resilient to natural climate change but once people got to Abaco there is a real dramatic impact on their terrestrial habitats."

Steadman said that a balance existed on the island such as naturally occurring, seasonal wildfires. Once humans settled Abaco, suddenly fires were started during the dry season, burning huge land areas, which in turn affected local vegetation, and killed a large number of trees. Similarly, hunting large animals like tortoises caused a disturbance in the natural island ecosystem.

Sawmill Sink is the cave the researchers studied, a flooded sinkhole in the pine woodlands right in the center of the island. Brian Kakuk, one of the study co-authors and a former U.S. Navy diver, led the scuba team that gathered the fossil hoard, reportedly one of the most diverse collections of vertebrates from the last ice age -- in the late Pleistocene -- found on any island in the Caribbean.

The team looked at changes in species composition over time related to climate change. They found 13 species of fish, 11 reptiles, 63 birds, and eight mammals. More than 5,000 fossils were retrieved from depths of about 29 to 38 yards below sea level.

Given that the bones were found submerged under water, the animals at the bottom of the cave were most likely there before sea levels rose. The team compared these fossils to those that were dated to the following Holocene era. From there, they compared these findings to the island's current species to see which ones survived human settlement.

Steadman asserted that it's important his team's research is not dismissing the impact of climate change -- he said he is "no climate change denier." The disappearance of species in a given place over time is the result of multiple factors, including shifts in climate, but is greatly exacerbated by human activity.

"If you look at Abaco, where we did this study, there's fires in the dry season started by people, there are invasive plants showing up like a Brazilian pepper that would never be there," Steadman said. "These kinds of changes could have a stronger negative effect on the flora and fauna of a place than climate change itself, including the rise in sea level that comes with climate change."

Janet Franklin, one of Steadman's co-authors and the Regents' Professor at the School of Geographical Sciences and Urban Planning at Arizona State University, said that one of the most surprising findings was observing just how many species endured radical environmental shifts from climate change.

"It was surprising how many species (especially birds) that were found on the island in the last ice age stuck around even when the climate warmed up and the islands shrank at the end of the ice age," Franklin wrote in an email to CBS News. "It was dismaying to also find that, of those many species that are so adaptable they can live in the glacial or interglacial Bahamas, a whole bunch of them could not stand the pressures that accompanied people who arrived 1,000 years ago -- namely the big changes in habitat that happen when people burn to clear land for farming."

What's next for the team's research? A $375,000 National Science Foundation grant will enable further exploration of the area's caves starting in December. One positive confluence of events resulted in the Bahamian government designating the team's study area a national park two months ago. This means that 34,000 acres of land on Abaco is now protected not just for research, but for "future generations to enjoy," Steadman added.

Franklin views the findings as a cautionary tale. She wrote that there are two main lessons to be learned form this kind of study.

"First humans have had a big effect on biodiversity for a long time -- even prehistorically. So, we should not underestimate the impact of even small land developments and so forth," she said. "Setting aside conservation land in these new national parks is a really important step."

Secondly, she said it is important to take the findings from this kind of study and examine the living species currently around us with a new appreciation.

"The species we see around us today are only a set of those that occurred naturally even just a few thousand years ago when environmental conditions were pretty much the same as now," Franklin added. "That means the wildlife species still with us are the ones most resilient to human activities. It does not mean they are immune to all human disturbances, but maybe with a bit of careful conservation management we can successfully preserve the wild nature we have for our grandchildren."