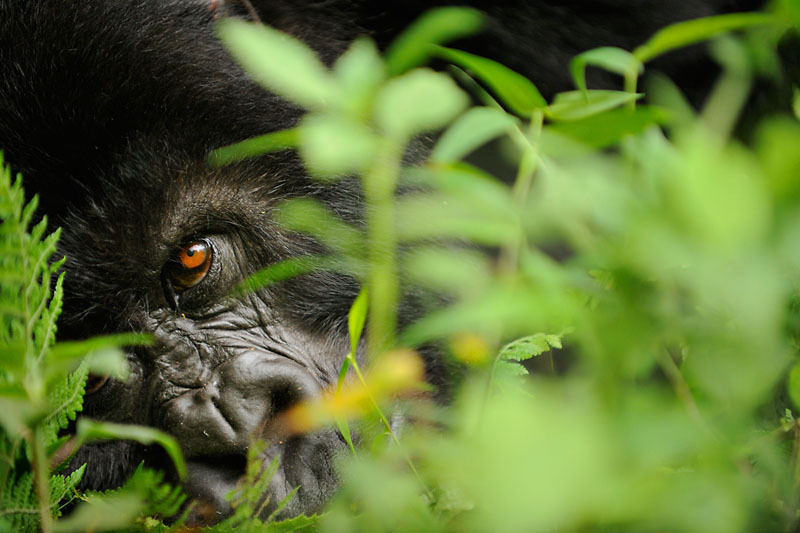 The world has lost 52 percent of its biodiversity since 1970, the World Wildlife Fund (WWF) announced in a study released today on the state of our planet.

According to the Living Planet Report 2014, "the number of mammals, birds, reptiles, amphibians and fish across the globe is, on average, about half the size it was 40 years ago. This is a much bigger decrease than has been reported previously, as a result of a new methodology which aims to be more representative of global biodiversity."

Scientists studied trends in more than 10,000 populations of 3,038 mammal, bird, reptile, amphibian and fish species and calculated a "Living Planet Index" (LPI) that measures the health of species in various environments and regions. While the LPI in temperate regions declined by a worrisome 36 percent from 1970 to 2010, in tropical climates the index dropped 56 percent. Latin American biodiversity took the biggest hit globally, plummeting 83 percent.

And the bad news does not end there.

WWF reports that the global human population already exceeds our planet's biocapacity -- the amount of biologically productive land and sea that is available to produce the resources we rely on for food, fuel, building and other needs, and that is needed to absorb the amount of carbon dioxide we generate. Indeed, it would take the equivalent of 1.5 Earths of biocapacity to meet our current demands, the report says.

The problem may get worse as more of the world adopts or aspires to the levels of consumption common in richer countries. "If all people on the planet had the Footprint of the average resident of Qatar, we would need 4.8 planets," the report says. "If we lived the lifestyle of a typical resident of the USA, we would need 3.9 planets.

The Global Footprint Network, a WWF partner, calculates the balance between each country's demand and capacity to arrive at a figure it calls the Ecological Footprint. In an email to CBS News, Hoekstra explained that the Footprint relies on publicly available data and is generated for each nation annually. The findings are expressed in units called global hectares, a measurement of land with the average level of biological productivity. The planet currently has a biocapacity of 1.7 global hectares per person; the Footprint exceeded that level in 91 out of 152 countries studied.

Worldwide, our Ecological Footprint decreased by 3 percent between 2008 and 2009, mostly due to a lower demand for fossil fuels, WWF reports. However, the latest figures available from 2010 show the Footprint resuming an upward trend.

Just two countries account for a third of the the world's total Ecological Footprint: China, at 19 percent, and the United States, with nearly 14 percent.

To counteract these trends, WWF recommends a number of steps: focusing more on sustainable development, using resources more efficiently, incorporating environmental factors into measures of economic growth, and increasing efforts to protect natural habitats around the world. Carter Roberts, president and CEO of WWF, warned, "We're gradually destroying our planet's ability to support our way of life. But we already have the knowledge and tools to avoid the worst predictions. We all live on a finite planet and its time we started acting within those limits."