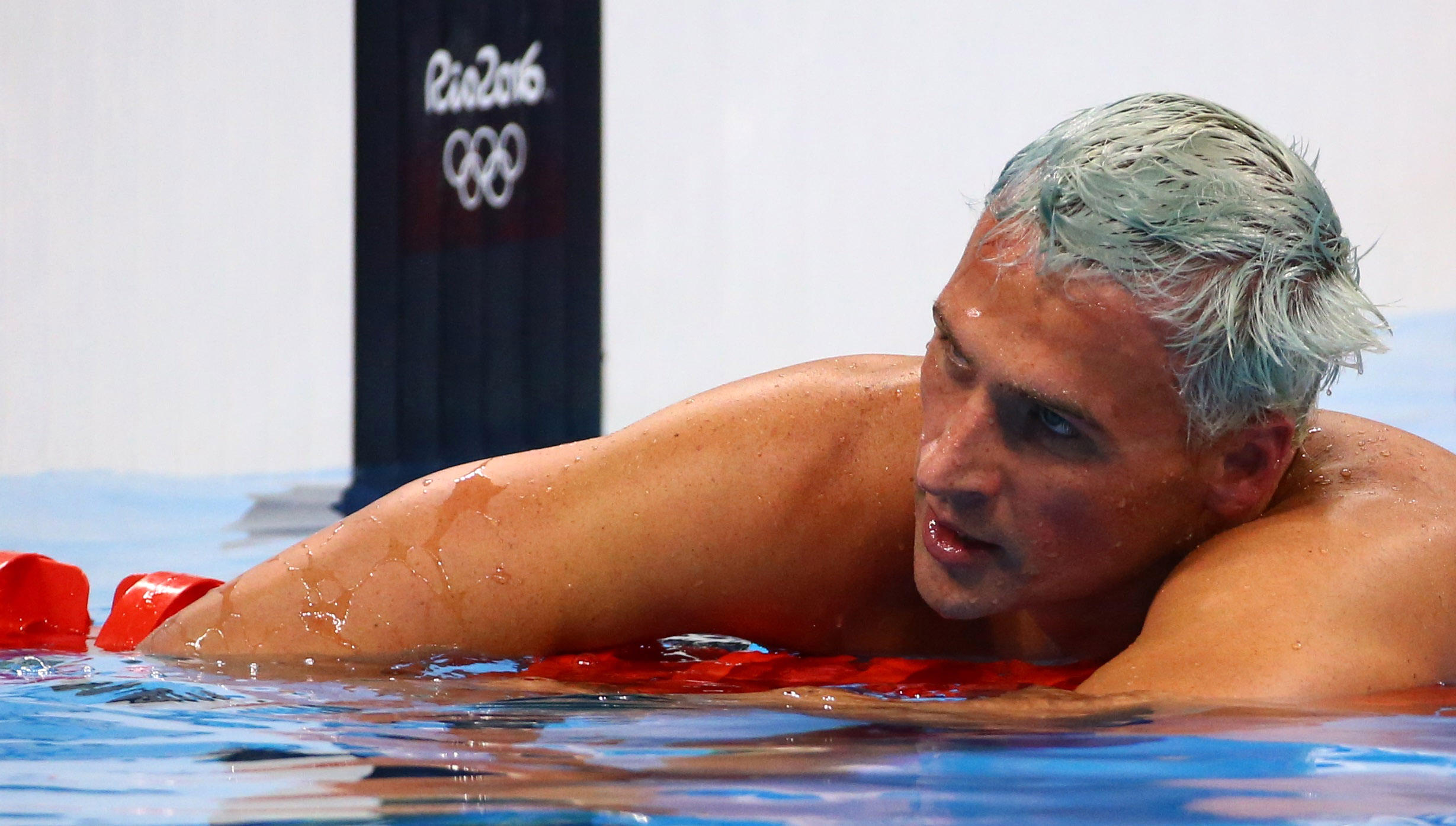 “I’m taking full responsibility for it,” Lochte told NBC News’ Matt Laurer. “Because I over-exaggerated that story. And if I had never done that, we wouldn’t be in this mess... None of this would have happened. And it was my immature behavior.”

Brazilian police said Thursday that U.S. swimmers Ryan Lochte, Gunnar Bentz, Jack Conger and Jimmy Feigen were not robbed, as Lochte told the press, and that the intoxicated athletes instead vandalized a gas station bathroom and were questioned by guards before they paid for the damage and left.

Brazilian authorities say Lochte concocted an elaborate story of being robbed at gunpoint to cover up what actually happened at a gas station.

In the midst of apologizing, Lochte simultaneously stressed that the events at the gas station were confusing — and seemed to backtrack to his original narrative that the swimmers were robbed at gunpoint.

“It’s how you want to make it look like. Whether you call it a robbery, whether you call it extortion, or us paying just for the damages, like, we don’t know,” Lochte said. “All we know is that there was a gun pointed in our direction, and we were demanded to give money.”

The interview came one day after Lochte apologized to fans on social media, saying he should have been more “careful and candid” in describing what happened.

The drama over what exactly happened in Rio — and the ever-changing descriptions of the alleged robbery — have deeply angered Brazilians, who said it sullied their city at a crucial moment at which the whole world was watching.

“No robbery was committed against these athletes. They were not victims of the crimes they claimed,” Civil Police Chief Fernando Veloso said.

In an interview with the Associated Press, a Brazilian who stepped in at the gas station to mediate the conflict between the swimmers and guards said there was no gun pointed at the swimmers​ during the encounter.

“There was no aggression. Pointing a gun at them? Never. There was nothing like that,” Fernando Deluz, a 38-year-old disc jockey, said, adding that the Americans decided to pay for property they destroyed to avoid calling police.

The situation was an enormous embarrassment for the U.S. Olympic team, which has dominated in winning medals.