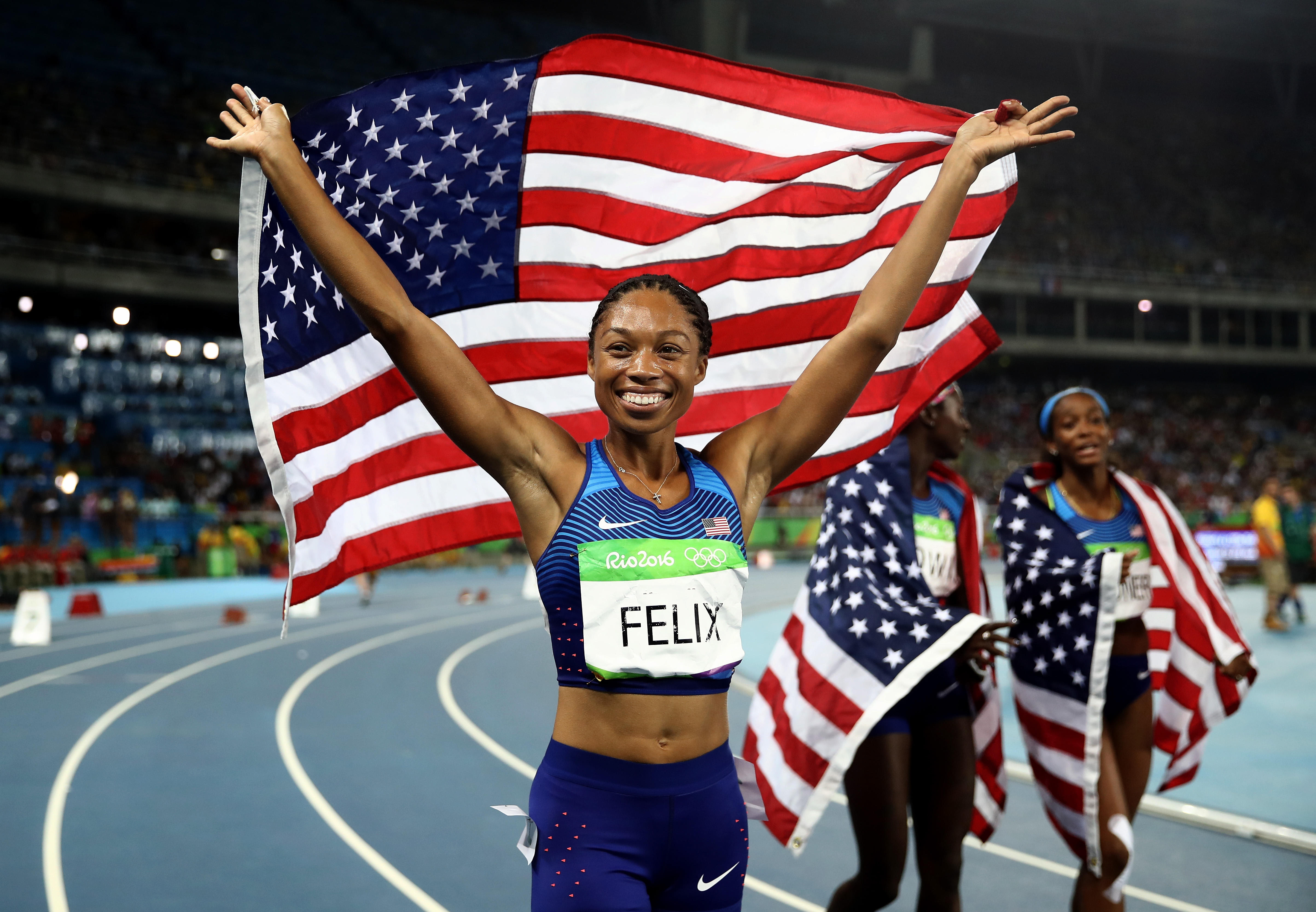 Six weeks after her triumphs in Rio, Allyson Felix was among the Olympians honored at the White House by President Obama Thursday.

He praised the athletes for their achievements and made a point of highlighting the American women. “As the father of two young women, for them to have that example of health, drive, competition, persistence and strength makes me really proud,” he said.

Felix, who was a spokesperson for Bounty during the Olympics, helped the women bring home a record-breaking 61 medals from the 2016 Rio Summer Games. She spoke with CBS News about some of the moments from this year she’ll never forget.

The American track and field sprinter took home two gold medals and one silver at this year’s games, making her the most decorated U.S. female track athlete in history. Her overall Olympic medal count now sits at nine, with six golds and three silver medals.

Felix was close to securing another gold medal in Rio, but was narrowly upset when Bahamian sprinter Shaunae Miller dived across the finish line. The unforgettable moment captured the attention of viewers from around the world, little to Felix’s knowledge at the time.

“In the moment I really didn’t know what had happened. I knew it was a close race but didn’t know anything at first,” Felix recalled in an interview. “Once everything was kind of done and I was aware of it, it was a tough situation. It’s hard to lose races and especially when they are really close like that one.”

Felix says she dealt with the second place finish the only way she knew how. “I knew I still had races and had to pick up and continue on. It was definitely a huge disappointment but I was just focused on continuing to push through.”

In addition to being a gold medalist, Allyson was especially proud to be a part of Team USA’s strong female contingent.

“I was so proud and inspired to be a part of it. You know, when I was back at my place watching everything that was going on I was just so uplifted and thought it was the coolest thing.”

“Even talking to friends back home that were watching Simone (Biles) – it was so cool to hear about. There were so many stories of young girls and guys being inspired by us. I hope to continue doing that and I hope kids can look at the games – even if they don’t become athletes – and be inspired and pursue whatever they are passionate about.”