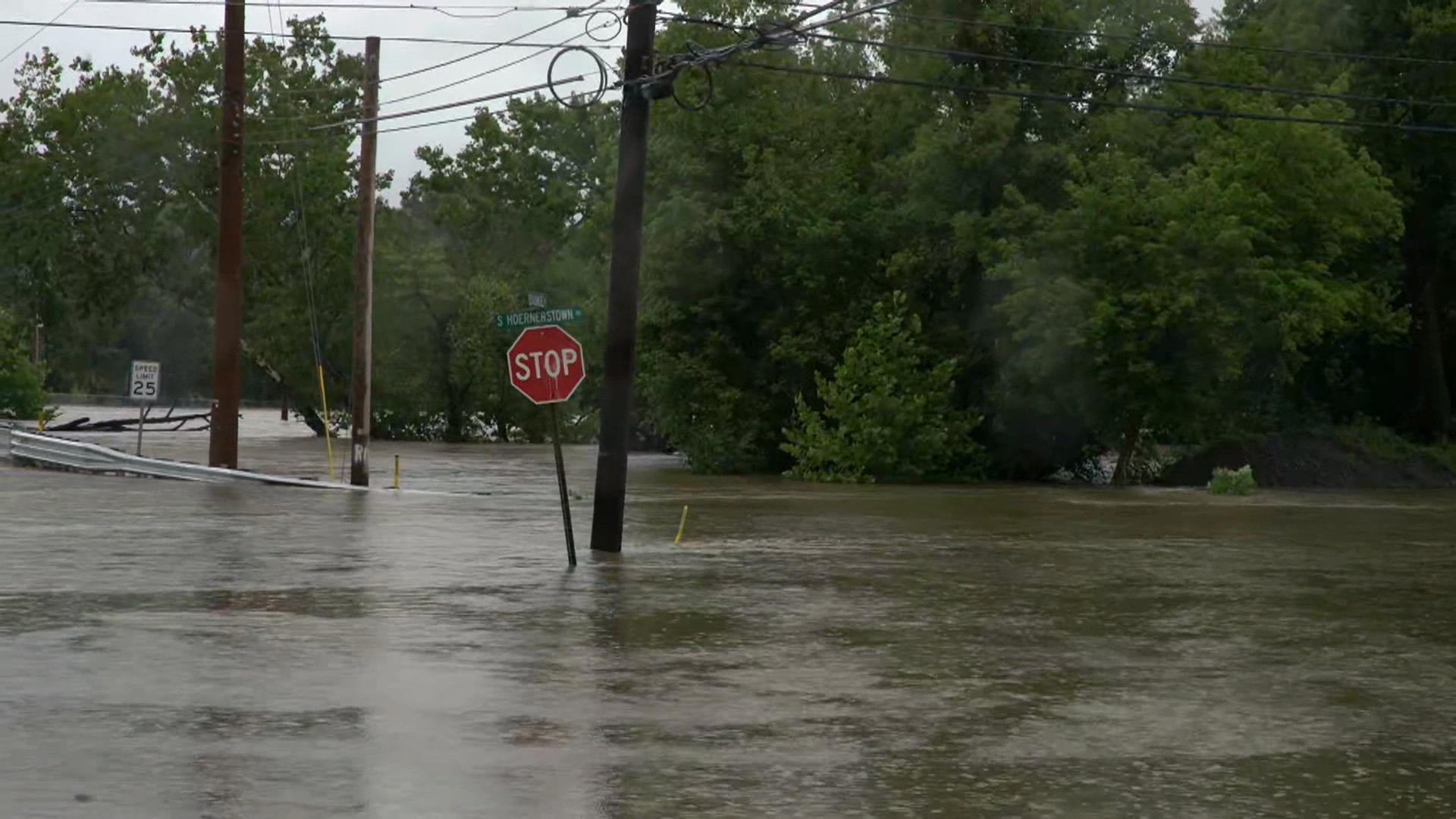 More than 26 million Americans are under a flood watch this morning, as severe weather grips the eastern U.S. for a fourth straight day. Beginning Wednesday, the storm will start to be felt further north, especially in New York.

The heavy rain is expected to last through the weekend and possibly into next week.

More than a foot of rain has fallen in parts of Maryland and Baltimore County is having its wettest July on record. Emergency crews there have conducted more than two dozen water rescues since the heavy rain started Saturday, including three people stranded in high water Tuesday.

"Well, anytime you have a body of water and you're not sure as to the bottom, we don't recommend anyone walking out," Lt. Byron Welker of the Baltimore County Fire Department said.

Sections of Pennsylvania have gotten about 10 inches since the weekend. The onslaught of heavy downpours there is leaving the rainwater, and the residents, with nowhere to go. Floodwaters are washing out huge chunks of roads and flooding others leading to multiple closures.

Search crews are still looking for a 19-year-old woman who was swept away by the rushing floodwaters in the state.

Some parts of the Swatara Creek in Pennsylvania are at flood stage and it's currently at the fourth highest point ever.

In Charlotte, North Carolina, fire crews rescued employees of a business, after the creek behind their building spilled over and filled the parking lot.

The storm is also being blamed for bringing a massive tree crashing down on a house in Virginia, killing a woman inside.

And the National Weather Service confirmed the damage at a high school in Fairfax County, Virginia, was from an EF-0 tornado.