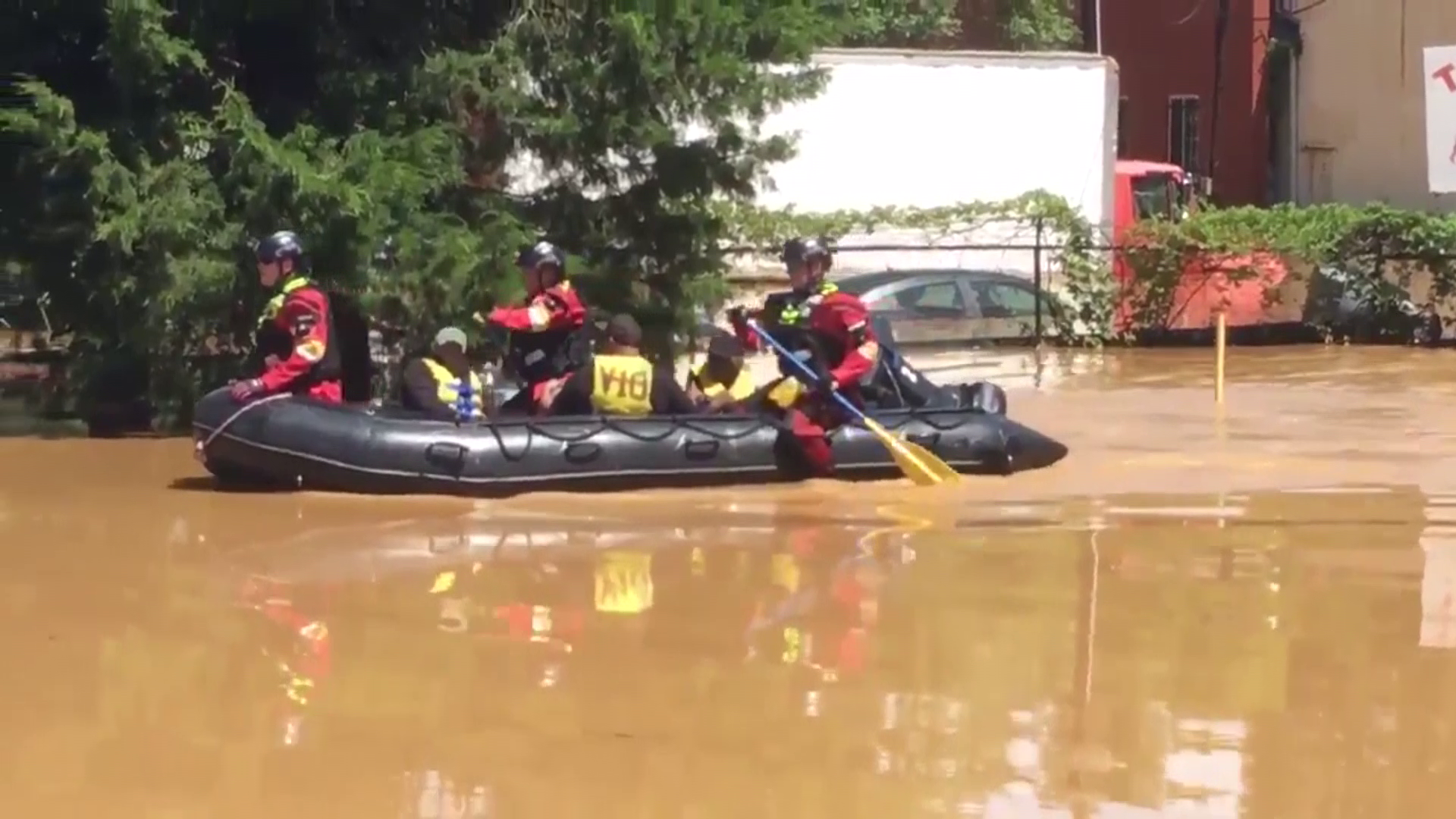 Extreme weather continued to affect much of the nation Tuesday. Heat waves feeding wildfires in the West and flooding in the East have at least 1 in 5 Americans dealing with treacherous conditions.

Scorching heat is making it tougher to fight the wildfires burning up mile after mile of Western lands. After nearly two weeks of battling the ferocious Ferguson Fire, authorities had a dire warning for people in nearby Yosemite National Park.

"Get yourself out of here if you can," Yosemite National Park Superintendent Michael Reynolds said.

The main road into a section of the park where visitors can view landmarks such as El Capitan and Half Dome will be closed for several days. While more than 3,000 firefighters try to get handle on the wildfire, more than 57 square miles of steep, rugged terrain have already burned. The massive plumes of smoke can be seen from space.

The brutal combination of fire and scorching heat has been especially challenging for firefighters.

"We need to make sure we look out for each other so we don't get things like heat stroke or get fatigued," firefighter Whitney Lindsay says.

Parts of the Southwest accustomed to hot summers were overcome by near record-breaking triple-digit temperatures on Tuesday. It was 116 degrees in Phoenix, 119 in Palm Springs and 107 in Riverside, California, where there have been six heat-related deaths since July 7.

On the other side of the country, some parts of the Northeast and the mid-Atlantic have already seen nearly a foot of rain, with more to come.

Day four of rain and flash flooding have closed roads and caused rivers to overflow. A flood watch remains in effect through Wednesday as torrential rains continue.

A similar scene is unfolding throughout the Northeast and mid-Atlantic as millions from South Carolina to New York are threatened by flash floods.

In Baltimore, days of severe weather caused road closures as flood waters lapped streets. In Charlotte, North Carolina, emergency crews conducted rescues for occupants trapped in a local business after a creek spilled over its banks.

In Dauphin County, Pennsylvania, crews are still searching for 19-year-old Laura Olweiler, who was swept away in flood waters Monday night. Officials are advising the community that "water levels will continue to fluctuate and are still dangerous."