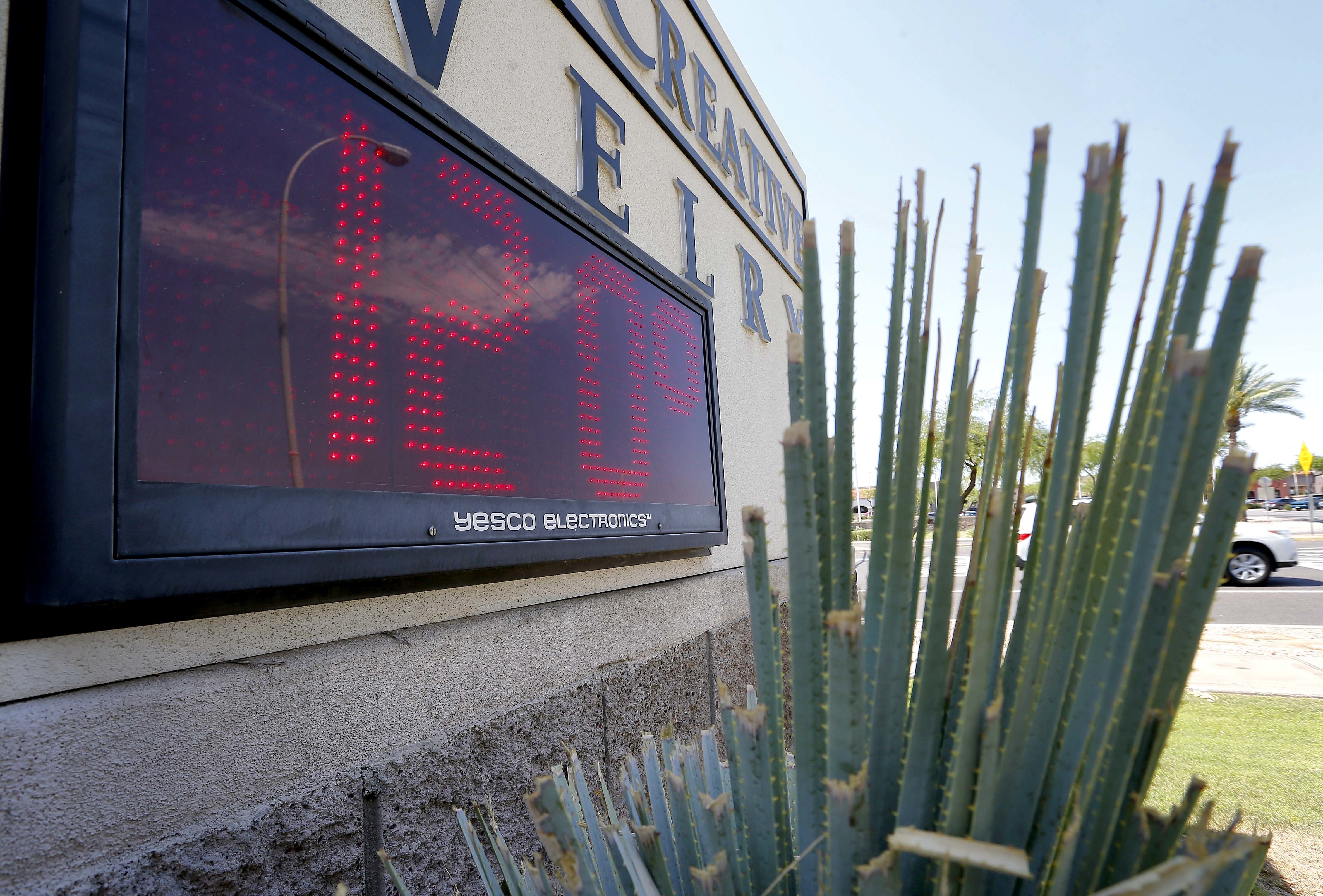 CALIFORNIA -- Southern California is in the grip of a severe heat wave that has sent temperatures surging.

Forecasters say Monday will be the peak of the heat wave, with highs in the lower deserts to be near 120 degrees.

The National Weather Service reported 17 daily heat records broken on Sunday, most of them for readings well over 100 degrees.

The aptly named desert town of Thermal about 25 miles southeast of Palm Springs topped the list with a high of 119 degrees.

Red flag warnings will also be in force until 8 p.m. Tuesday in the Los Angeles mountains, excluding the Santa Monica range. The warning will be in effect through 10 a.m. Tuesday for the Santa Barbara mountains and south coast where the Sherpa Fire continues to burn, CBS Los Angeles reported.

Los Angeles Department of Water and Power crews have urged residents to prepare for possible outages by having flashlights and batteries readily available.

Officials have also recommended residents to keep a phone charger in their cars in case of a power outage.

The record-breaking heat wave is blamed for at least four deaths, and is making it even more difficult for crews battling wildfires in several states, CBS News correspondent John Blackstone reported.

The hills are on fire Monday in Los Angeles County.

Firefighters are attacking the flames from the air and on the ground. Sixteen large fires are burning in the West, and nearly 100,000 acres have been scorched, Blackstone reported.

And new fires have erupted as the heat scorches the Southwest.

Police in the city of Azusa and parts of Duarte, California, ordered hundreds of homes evacuated. Others were under voluntary evacuations.

"It's crazy. It's super close," said 17-year-old Tawni Atencio, whose family was evacuating their home in Bradbury.

She said the flames were just a couple miles away and were making the house hot despite air conditioning. She watched as smoke from the fire billowed outside and helicopters dropped retardant on the flames.

"It looked like a bomb exploded," she said. "It's scary. We're just praying it doesn't get to our house."

The two fires had grown to a combined 5 square miles.

Officials had warned of extreme fire danger in the region as the heat peaked.

Pima County Sheriff's Deputies and volunteers from the Southern Arizona Rescue Association ventured out on local trails near Tucson, looking for a group of hikers who'd run into trouble. One man made it out safely; another was found dead.

A 19-year-old woman suffering from heat-related illness died northeast of Tucson. The sheriff's department said she and a companion had run out of drinking water.

At Piestawa Peak, temperatures topped off at 118 degrees Sunday afternoon, which was a record. But that didn't stop people from hiking and even running the trail, KPHO reported.

"I've got water. Get some nice sun, shouldn't be too many people out here. We'll go until I get tired and if I feel a little lethargic I'll turn around and come back down," said hiker Brett Troeger.

"I was born and raised here, and I've hiked this for years," said hiker James Nafziger.

However, personal trainer Patrick Thomas recommends people of all fitness levels avoid outside exercise in temps over 110.

"Honestly, just go inside. Hit the treadmill," he said.

The National Weather Service says Monday's mark of 105 degrees in Prescott was the highest recorded in the city's history. Weather records go back as far as 1898.

The second-generation Arizona resident has been driving pedicabs for 22 years, and he's seen what the heat can do. "One guy, I started talking to him -- he didn't make any sense. That's your first clue," Dipple said.

The man hadn't drunk or eaten anything but cereal hours ago.

"I had to take him in somewhere, and you know, sit him down," he said.

Dipple said that while he often hears cab riders comment about the heat, "most people are thanking me for getting them from here to there, especially if it's a female in high-heeled shoes."

He has some advice for those moving about in the summer heat: "Stay in the shade."