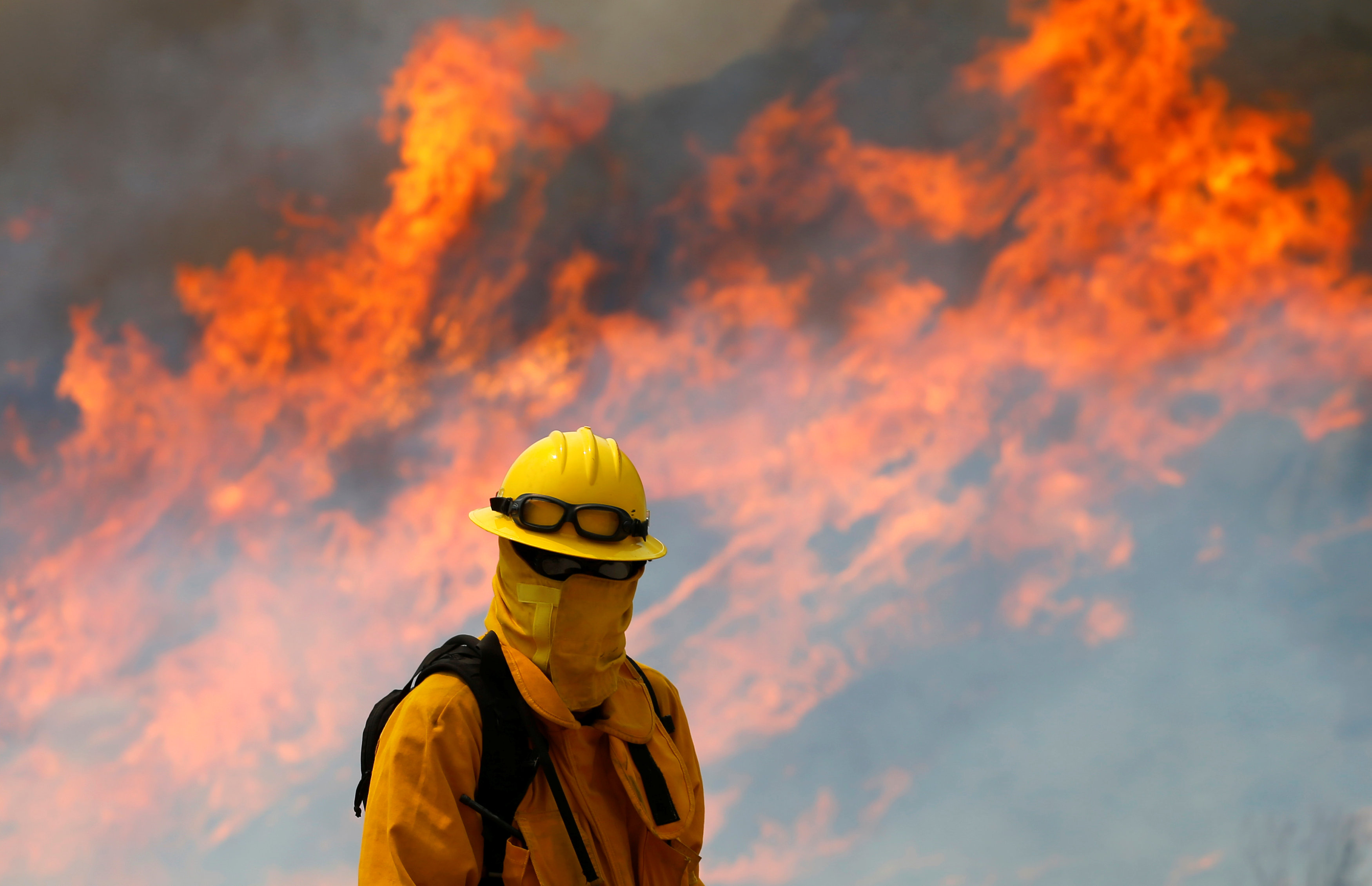 CALIFORNIA -- The first day of summer is beginning with a blast of triple digit heat in the Southwest, and the hills are on fire Monday evening in Los Angeles County.

Firefighters are attacking the flames from the air and on the ground. Sixteen large fires are burning in the West, and nearly 100,000 acres have been scorched.

Thick plumes of smoke hovered over densely populated neighborhoods, as tankers rushed to snuff out the flames.

A pilot captured video while battling the fire from the air that showed the ravaging fire.

Near San Diego, new evacuations were ordered as a fire burning near the Mexican border grew to 1,900 acres. The fire broke out Sunday, forcing about 650 people from their homes in the community of Potrero.

A house fire in the Los Angeles neighborhood of Silver Lake jumped into vegetation, then burned across two busy freeways that had to be closed on Sunday. Firefighters tried to avoid succumbing to almost 100-degree heat.

The Sherpa Fire is now 54 percent contained, but so-called sun downer winds -- known for pushing fires down these hillsides -- still pose a threat.

"This is not done yet," said Jalbert. "Tonight they can surface, hit the fire and push the fire and we'd be back to square one."

Even here where the Sherpa Fire seems to have left nothing but ashes, the ground remains hot, those sundowner winds could pick up sparks creating new challenges for firefighters already working in the record setting heat.