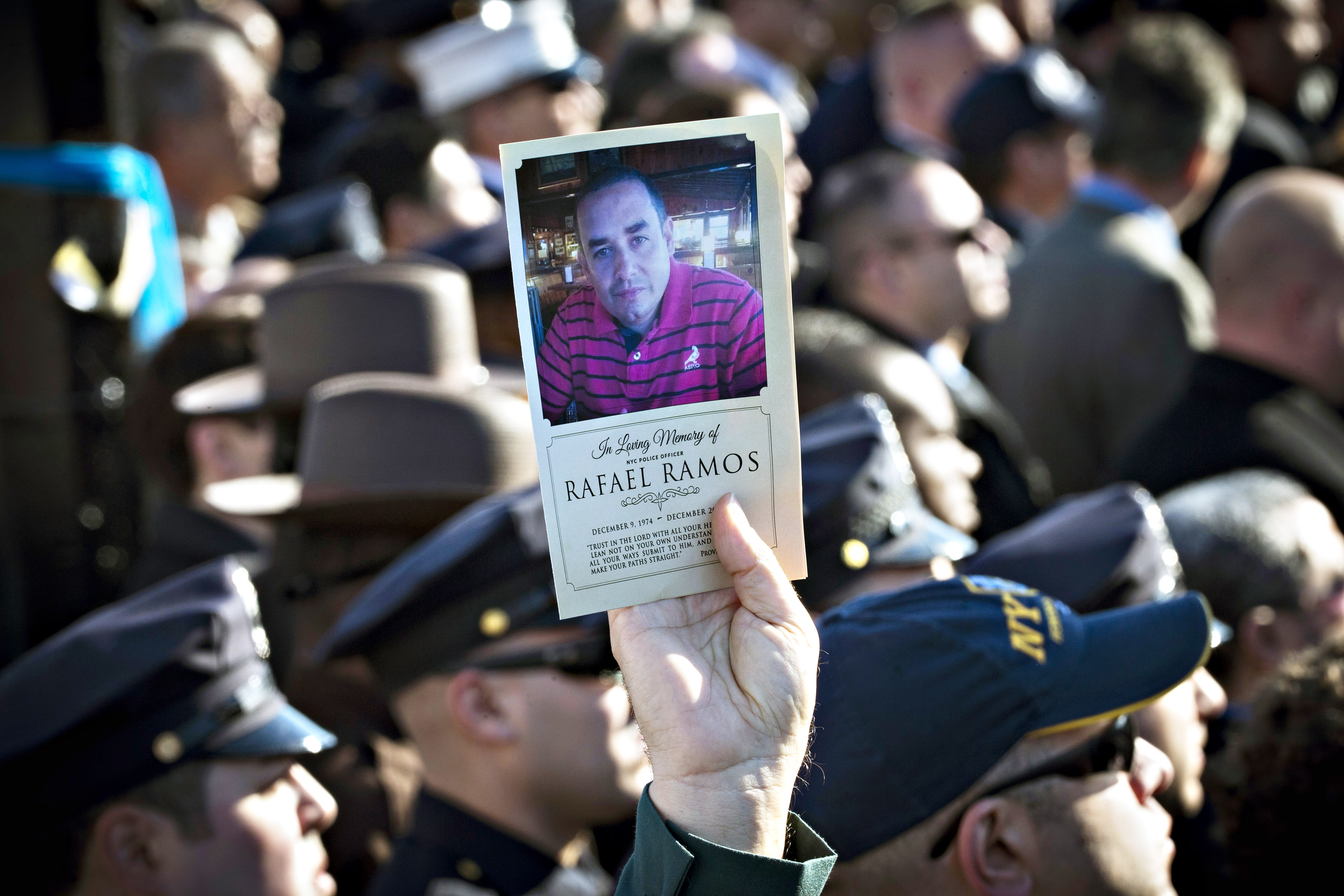 WASHINGTON - The number of law enforcement officers killed by firearms in the U.S. jumped by 56 percent this year and included 15 ambush assaults, according to a report released Tuesday.

The annual report by the nonprofit National Law Enforcement Officers Memorial Fund found that 50 officers were killed by guns this year, compared to 32 in 2013.

In all, the report found that 126 federal, local, tribal and territorial officers were killed in the line of duty in 2014. That's a 24 percent jump from last year's 102 on-duty deaths. Shootings were the leading cause of officer deaths in 2014 followed by traffic-related fatalities, at 49.

The sharp increase in gun-related deaths among officers followed a dramatic dip in 2013, when the figure fell to levels not seen since the 19th century. This year's uptick comes amid increased tension between police and the public following the high-profile deaths of unarmed black men by white police officers, including that of Eric Garner in New York and Mike Brown in Ferguson, Missouri.

The states that saw the most officer deaths were California, at 14, Texas, at 11, and New York, at nine. Florida followed with six deaths, and Georgia had five, according to the report.

The 15 ambush assaults on police officers this year compares to just five in 2013, but matched 2012 for the highest total since 1995, the report said.

Among the more high-profile assaults this year was the ambush on the Blooming Grove, Pa., state police barracks on Sept. 12, which saw one trooper killed and another seriously wounding. Prosecutors are seeking the death penalty for suspect Eric Frein in that case, a self-styled survivalist who successfully hid in the Pennsylvania woods for weeks before surrendering. Officials say Frein had strong anti-government leanings, and had planned the ambush for some time.

"With the increasing number of ambush-style attacks against our officers, I am deeply concerned that a growing anti-government sentiment in America is influencing weak-minded individuals to launch violent assaults against the men and women working to enforce our laws and keep our nation safe," said Craig Floyd, chairman and CEO of the memorial fund.

"Enough is enough," he said in a statement. "We need to tone down the rhetoric and rally in support of law enforcement and against lawlessness."

Another of the high-profile ambush assaults were the fatal attacks on two police officers in New York City on Dec. 20. Officers Wenjian Liu and Rafael Ramos were gunned down in their patrol car by Ismaaiyl Brinsley after Brinsley had made threatening posts online, including a vow to put "wings on pigs" and references to the Garner and Brown cases.

The incident put cops across the U.S. on high alert.

In Baltimore, where NYPD shooting suspect Ismaaiyl Brinsley shot his girlfriend before heading to New York, Gene Ryan, the head of the city's police union, warned after the incident is part of a "national crisis."

"Poor leadership and lack of support in law enforcement has created a vacuum, in which lawless can grow," said Ryan, adding that the situation is a "powder keg nationwide."

In Massachusetts, Boston police brass issued a warning to all officers Saturday night to be on high alert.

"Almost ever since Ferguson we stepped up to make sure officers are aware. ... What happened in New York should never happen," Boston police Commissioner William B. Evans said hours after the double murder.