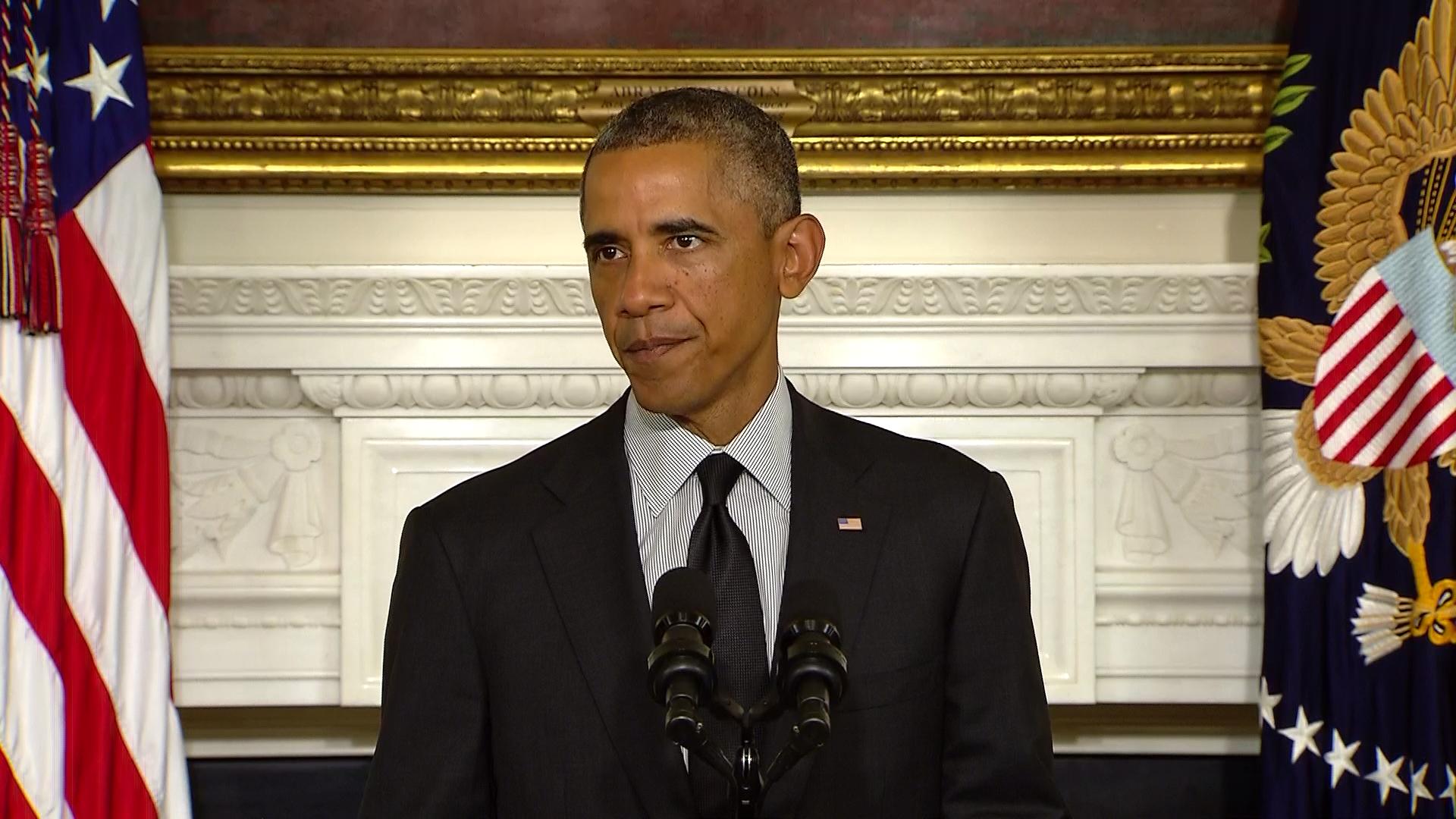 With a bipartisan vote, the Senate on Thursday approved a request from President Obama to arm and train Syrian rebels in the fight against the Islamic State of Iraq and Syria (ISIS, also known as ISIL), sending a bill to Mr. Obama for a final signature.

The president said shortly after the Senate vote that Congress' bipartisanship shows the world that Americans are united in combating the Islamic State group.

"I'm pleased that Congress -- a majority of Democrats and a majority of Republicans, in both the House and the Senate -- have now voted to support a key element of our strategy: our plan to train and equip the opposition in Syria so they can help push back these terrorists," Mr. Obama said.

"I believe we're strongest as a nation when the president and Congress work together," he said.

The measure was part of a spending bill that funds the government through Dec. 11, averting the chance of a repeat of the 2013 government shutdown when the current funding bill runs out at the end of the month.

As with the House of Representatives, which approved the president's request Tuesday, there were concerns about the proposal from both Republicans and Democrats.

Sen. Mark Begich, a Democrat from Alaska who is facing a tough re-election bid back home, said he was in favor of passing the spending bill but did not support arming Syrian rebels when he thinks other countries in the region have done too little to stop ISIS.

"I understand we have seen in the last few days they are starting to have conversations and wanting to participate, but this is their country, their region. What do they do? Where are they stepping up to the plate more?" Begich said on the Senate floor.

"It is time for the Arab countries to step up, get over their regional differences and know that this is one organization, this terrorist organization, ISIS, ISIL, whatever you want to call them today, it's bad for them and bad for this world, and they need to step up and be more aggressive. That means combat troops on the ground for them."

Mr. Obama repeated his insistence that U.S. troops will not have a combat role on the ground in Iraq.

"The American forces that have been deployed to Iraq do not and will not have a combat mission; their mission is to advise and assist our partners on the ground," he said. "We can join with allies and partners to destroy ISIL without American troops fighting another ground war in the Middle East."

There was widespread discontent about the fact that the vote authorizing the training of the Syrian rebels was done as part of the larger, must-pass spending bill, rather than broken out for a separate vote as it was in the House.

"I think it's inexcusable that the debate over whether we involve a country in war, another country's civil war, that this would be debated as part of a spending bill and not as part of an independent, free-standing bill," Paul said.

"It shouldn't be shoved into a continuing resolution for the purpose of getting all this done because we all think we have to leave by Thursday night or Friday morning," added Begich.

Even Sen. John McCain, R-Arizona, who supports the measure, said it was an "act of cowardice" not to take up the bill separately.

Before the vote, Senate Majority Leader Harry Reid, D-Nevada, brushed off the concerns.

"This is a complicated issue. The House has acted. We got the bill last night and we are going to vote on what they sent us," he said.