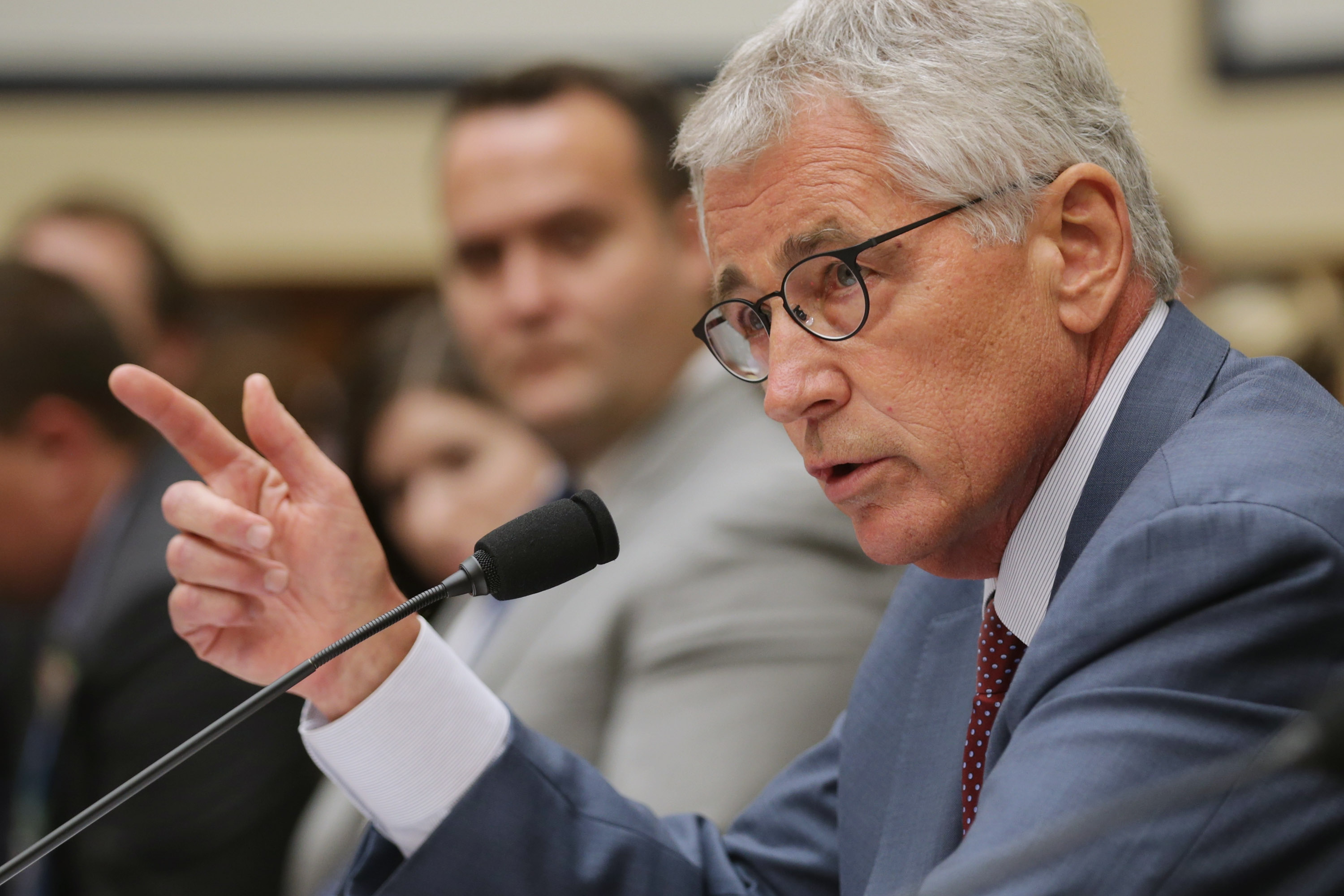 Defense Secretary Chuck Hagel disputed a report that President Obama will personally sign off on every airstrike against Islamic militants conducted inside Syria, saying military leaders will make those decisions.

"I was sitting next to the president yesterday when this entire issue was being discussed and he was very clear with General [Lloyd] Austin, once he makes decisions, he gives General Austin and our military leaders the authority to carry out those policies," Hagel told members of the House Armed Services Committee Thursday, where he was testifying.

Hagel was responding to questions about a report in the Wall Street Journal Thursday that asserted the military campaign targeting the Islamic State of Iraq and Syria (ISIS, also known as ISIL) inside Syria was being designed to allow the president "to exert a high degree of personal control," including requiring the military to obtain his approval for each strike in Syrian territory.

The defense secretary said the report was "not true."

White House Press Secretary Josh Earnest reiterated that point when he briefed reporters Thursday, saying the approach in Syria would mimic the air strikes the U.S. has carried out in Iraq.

"What the president has done in Iraq and what he will do in Syria is lay out clear guidelines for what the president envisions for our military planning and he will authorize, or put in place guidelines that the military can use to carry out these operations," Earnest said. "There are more than 160 airstrikes that have been carried out in Iraq. The president did not sign off on each of those 160 air strikes individually."

Mr. Obama met with some of his military advisers at the Joint Operations Center at U.S. Central Command in Tampa, Florida, Wednesday. Speaking to troops after the briefing, he pledged once again that the U.S. will not send ground troops into Iraq.

Instead, the administration plans to rely on Iraqi and Kurdish forces to fight ISIS in Iraq, the president sought congressional approval to train and equip moderate Syrian rebels to take on the group inside Syria. Hagel and Secretary of State John Kerry have spent the past two days on Capitol Hill working to convince skeptical lawmakers their plan will be successful.

The House approved the request to train the rebels on Wednesday afternoon in a bipartisan vote. It is expected to pass the Senate, also with both Democratic and Republican support, Thursday afternoon.

Hagel and Kerry have both had to convince lawmakers that the president is committed to keeping U.S. troops out of a combat position in Iraq after Army Gen. Martin Dempsey, the chairman of the Joint Chiefs of Staff, told the Senate Armed Services Committee earlier this week that he would recommend that the president send U.S. advisers to accompany Iraqi troops on attacks against ISIS targets if he felt it was necessary.

Hagel said the president, "is not going to order American combat ground forces into that area."

Kerry has also sought to tamp down concerns about the capability and reliability of the Syrian opposition forces, which have been primarily focused on fighting against forces loyal to Syrian President Bashar Assad.

"All of these forces have a solid record of fighting ISIL," Kerry said. "So our feeling is...that we have something to work with here. I'm not telling you it's easy. I'm not going to tell you that it'll happen all overnight. But there is indeed this Syrian opposition, which you've been arguing for a number of years, which notwithstanding the absence of a full-throated support structure, has survived, and continues to fight. And our judgment is they will now even more so."