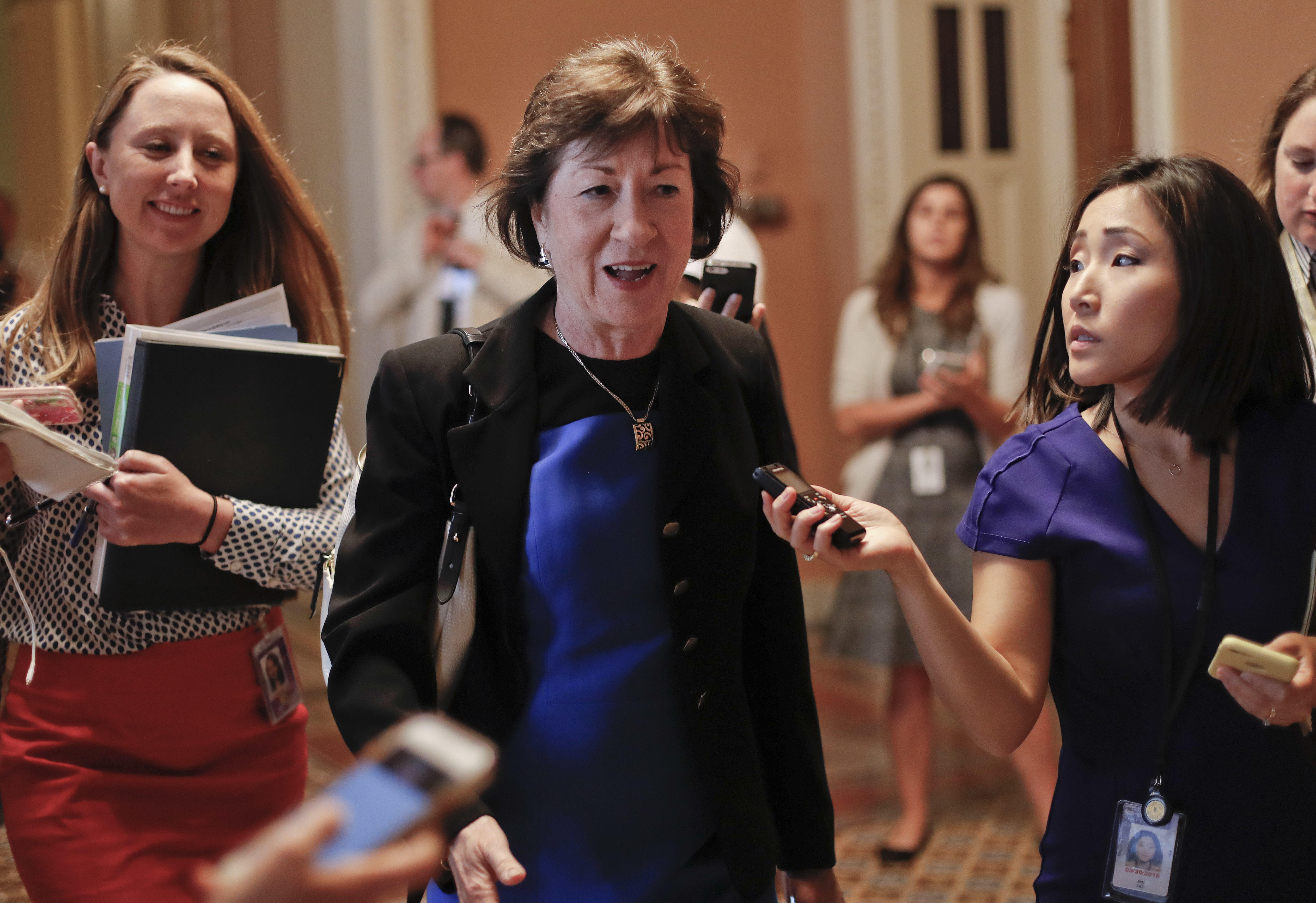 Two Republican senators have already said they'll oppose a second version of leadership's health care plan to repeal and replace Obamacare, and one more could kill the bill, although with Arizona senator John McCain's absence, the vote has been delayed.

The nonpartisan Congressional Budget Office (CBO) was expected to release a cost estimate of the revised legislation Monday, but on Sunday said that estimate would be delayed. Some Republican senators had been awaiting the CBO score before deciding on whether they'd support the bill.

However, CBO was not going to have time to analyze the Cruz amendment by Monday, CBS News' Nancy Cordes reports. This amendment constitutes the biggest change from the first bill. Cruz's proposal would allow insurance companies to offer bare-bones insurance plans alongside Obamacare-compliant plans that would be more expensive, but that would also provide comprehensive coverage. It is likely that younger, healthier individuals would gravitate toward the skimpy plans, and sicker people would buy the Obamacare-approved plans, which is a formulation that the industry predicts will result in exceedingly high premiums for sick people.

CBO's score of the original plan projected that 22 million more people would without health insurance over the next decade.

But over the weekend, Majority Leader Mitch McConnell announced the vote on the plan would be delayed because Arizona Republican John McCain will be absent from this week's debate as he recuperates from surgery to remove a blood clot from his eye.

McConnell said in a statement, the Senate would instead continue their work on "legislative items and nominations."

In order to open debate on the bill and begin the amendment process, Senate Republicans need 51 votes to agree to a motion to proceed, with one being the Vice President's tie-breaking vote.

Sens. Rand Paul, R-Kentucky, and Susan Collins, R-Maine, plan to oppose that motion. After the revamped measure was released Thursday, a number of senators said they were undecided on how they'd vote.

Paul told CBS's "Face the Nation" on Sunday that while the vote is delayed, he hopes the extra time will allow his Republican colleagues to see that the bill does not offer a clean repeal of the ACA.

Initially, Collins had said it was likely she'd vote no, pending the CBO analysis, but she then switched to a firm no, over the fact that the steep cuts to Medicaid in the first version remained unchanged in the second.

Moderate Republican Sens. Rob Portman of Ohio and Dean Heller of Nevada told CBS News following the release of the current iteration of the Senate's plan and an all-hands GOP meeting, that they needed more time to review the legislation before making up their minds on whether to support it.

Aides to Portman told CBS News on Wednesday that he had concerns with the proposed cuts to Medicaid in the previous draft of the bill and had yet to receive any assurance from McConnell's office that the cuts would be changed.

Current challenges for the bill

Nevada Governor Brian Sandoval told the Associated Press he had been in regular contact with Heller to discuss the growing impacts of the Republicans' plan.

"They set policy, but we're the ones who have to develop the budgets, develop the care, develop the plans, work directly with the people," Sandoval said. He said if money is reduced, governors will be left to decide among unpopular choices: "Raise a tax or limit coverage or change eligibility requirements" for coverage.

The CEOs from America's Health Insurance Plans (AHIP) and Blue Cross Blue Shield Association released a letter to McConnell and Senate Minority Leader Chuck Schumer, D-New York on Friday, urging them to remove the amendment from the plan, saying it would "undermine protections for those with pre-existing conditions, increase premiums and lead to widespread terminations of coverage for people currently enrolled in the individual market."

"As healthy people move to the less-regulated plans, those with significant medical needs will have no choice but to stay in the comprehensive plans, and premiums with skyrocket," the letter added.

It's unclear if Republicans will ever be able to bridge the gap between the conservatives and moderates within their conference. And even if they were able to pass it through the Senate, they'd need to reconcile that version with House Republicans, making an already difficult task even harder.

In the end, Republicans may be forced to negotiate with Democrats, which Senate Minority Leader Chuck Schumer, D-New York, has been calling for for weeks. Some GOP senators in addition to Collins have already warmed to this approach. Sen. Lindsey Graham, R-South Carolina, is also advocating reaching across the aisle.

President Trump, for his part, even admitted last week that striking an agreement on health care reform an almost impossible challenge to overcome.

"I'd say the only thing more difficult than peace between Israel and the Palestinians is health care," Mr. Trump said aboard Air Force One to the White House press corps en route to Paris. "It's like this narrow road that's about a quarter of an inch wide," Trump added. "You get a couple here and you say, great, and then you find out you just lost four over here."