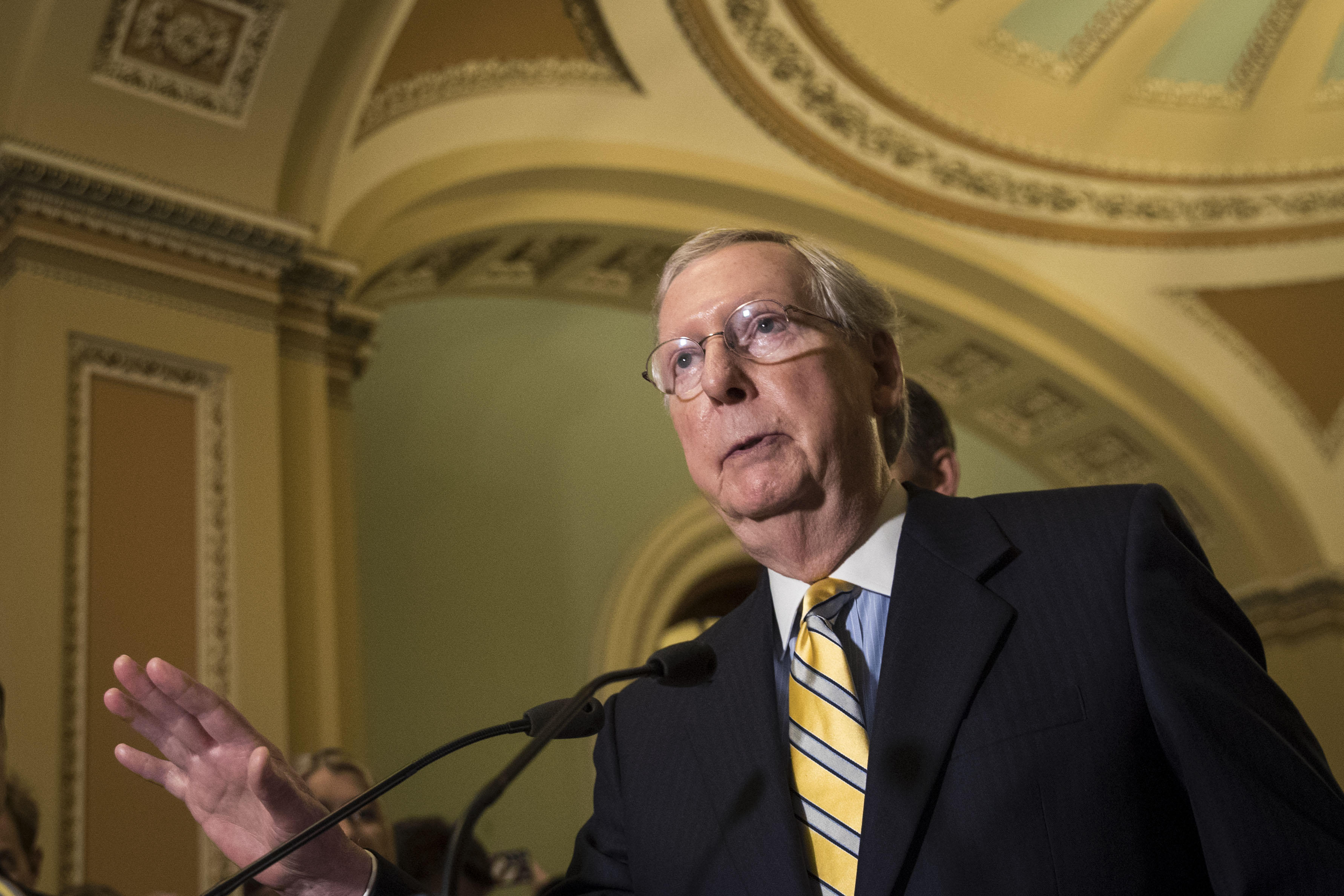 Senate Republican leaders on Thursday released a modified version of their health care bill to repeal and replace Obamacare, but the changes may not be enough to win over both conservatives and moderates who were opposed to the original plan. Already, two Republicans are signalling they'll vote no.

As CBS News reported Wednesday, the new measure includes several tax increases from Obamacare that were eliminated in the original bill. They are:

The measure still includes Medicaid reductions and includes $70 billion more than the first draft to help cover state-based health care reforms, which Republicans said could include help with driving down premiums through cost-sharing. It also includes an additional $45 billion to help states combat the opioid epidemic.

A cost estimate from the nonpartisan Congressional Budget Office (CBO) is expected to be released early next week. The score could be a key factor in determining the fate of the bill. CBO's score of the original plan projected that 22 million more people would without health insurance over the next decade.

Read the text of the bill here.

Two Republicans are signalling they'll vote no on the motion to proceed that opens debate on the bill. Maine Republican Sen. Susan Collins said after the GOP Senate meeting, "It is very likely I will vote no on the motion to proceed. The only thing that could change that is if the CBO analysis which comes out on Monday indicates that there would be far fewer changes in Medicaid than I believe there are now."

Collins is calling for Republicans to reach out to Democrats for bipartisan solutions. She also said health care reform should go through the normal committee process. Collins said that the Cruz amendment is problematic to her because it decreases protections for those with preexisting conditions.

Sen. John Thune, R-South Dakota, a member of GOP leadership, suggested that the Cruz proposal could be stripped from the legislation in the end.

"I don't think anything necessarily, at this point, is set in stone," said Thune, who said that in order to hold a final vote on the bill by the end of next week, they need to start the floor process on Tuesday or Wednesday.

Sen. Rand Paul, R-Kentucky, said Wednesday that he will not support the revised plan because he said it's not a full repeal of Obamacare and instead, keeps many of its taxes and regulations. Paul has advocated splitting the bill into two pieces in which the Senate would first pass a repeal measure and then replace the health care law at a later date.

If just one more senator -- in addition to Paul and Collins -- opposes the motion to proceed, it will kill the bill. Republicans need 51 votes to pass the legislation in the Senate, and one vote can be Vice President Mike Pence's tie-breaking vote. And assuming all Democrats vote against it, Republicans can only afford two defections. The Senate currently has 52 Republicans and 48 Democrats.

"Personally, I think the bill has been improved in a positive way and personally I look forward to the debate next week, which I hope will happen," he said.

Sen. John McCain, R-Arizona, who had reservations about the original bill said the Medicaid changes in the new version are "okay," but he added, "I'm not optimistic because I don't see consensus."

Sen. Lindsey Graham, R-South Carolina, has teamed up with Sen. Bill Cassidy, R-Louisiana, to propose an amendment that would do away with the refundable tax credit and turn it into a block grant "so that if a state wants to repair Obamacare, they can take the money to repair it," Graham said. "If a state wants to replace Obamacare, they can do that."

If Senate Republicans are unable to pass the new version, it would be their second failed attempt to in recent weeks to repeal and replace the 2010 health care law. Senate Majority Leader Mitch McConnell, R-Kentucky, had no choice but to postpone a vote on health care before the July 4 recess because leadership lacked the votes to pass the original legislation.

McConnell announced earlier this week that the Senate will stay in session through the first two weeks of August, instead of heading home at the end of July, in order to tackle his party's unfinished agenda.

In an interview recorded Wednesday with Christian Broadcasting Network's Pat Robertson, President Trump warned that he will be "very angry" if Senate Republicans fail to pass legislation to repeal and replace Obamacare.

"I don't even want to talk about it because I think it would be very bad," Mr. Trump said. "I will be very angry about it and a lot of people will be very upset. But I'm sitting waiting for that bill to come to my desk. I hope that they do it. They've been promising it for years. They've been promising it ever since Obamacare, which is failed. It's a failed experiment. It is totally gone. It's out of business and we have to get this done. Repeal and replace."