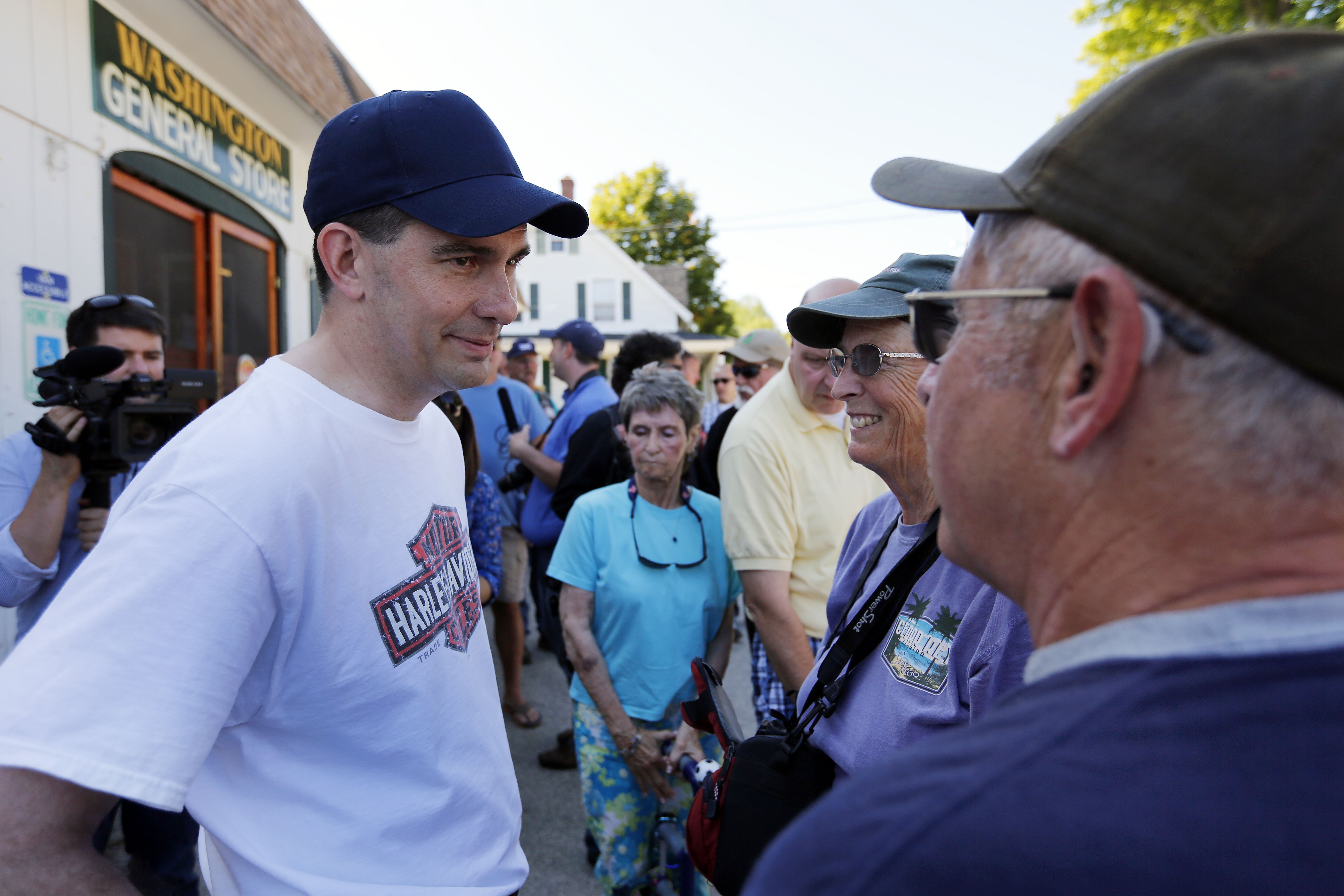 Speaking to reporters in Rochester, New Hampshire Monday, the 2016 Republican presidential candidate said Mr. Obama and Clinton were targeting him and afraid of his candidacy because they believe that "we can win. And when we win, we will actually do what we said we were going to do."

Walker's remarks came in response to the president's Labor Day speech in Boston, in which Mr. Obama alluded to Republican presidential candidates who have worked to weaken unions.

"He is bragging about how he destroyed collective bargaining rights in his state, and says that busting workers prepares him to fight ISIL. I didn't make that up!" the president said of Walker, without naming him.

Walker told reporters that collective bargaining is "not a right, but is an expensive entitlement" and cited the cost savings in Wisconsin as a benefit to all taxpayers in the state.

He added that, "this is an issue where the president is just wrong."

Walker has seen his poll numbers decline steadily since announcing his candidacy in early July when he was leading in Iowa and in the top three in New Hampshire. The latest poll from NBC News and Marist has Walker in the middle of the pack with 4 percent support in New Hampshire and 5 percent in Iowa.

He is finishing a two-day motorcycle tour through New Hampshire, where he visited all ten counties on a Harley Davidson. This was Walker's fourth trip to the Granite State since he announced his candidacy.

On Tuesday, the Walker-aligned Unintimidated PAC will start airing its first television ad in Iowa that highlights the governor's fight with union members and protesters. Entitled "Fight and Win" the 60-second ad features footage from the contentious protests in Madison in 2011.