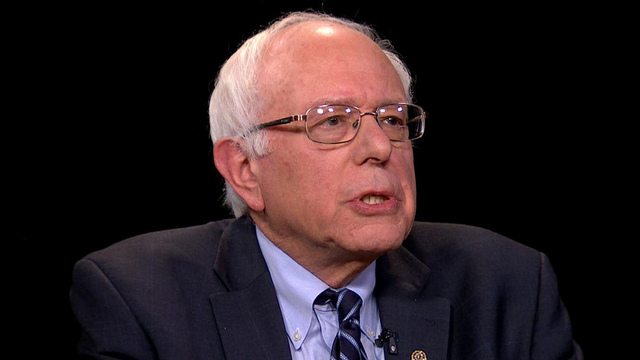 Sen. Bernie Sanders is shifting away from comments he made about Hillary Clinton's personal email account at the first Democratic presidential debate when he said voters are "sick and tired" hearing about her "damn emails."

"You get 12 seconds to say these things," he said in an interview with the Wall Street Journal about his original comments at the Oct. 13 debate.

But Sanders indicated in the interview that he didn't intend to give Clinton a free pass.

It's quite an about-face from the original comments at the debate a few weeks ago," which his campaign manager Jeff Weaver has said was entirely off the cuff.

"Let me say something that may not be great politics. But I think the Secretary is right. And that is that the American people are sick and tired of hearing about your damn e-mails," Sanders said during the debate, drawing the loudest applause that night.

The Vermont independent has been losing ground to Clinton in recent polls, especially in the key early voting state of New Hampshire. In response, Sanders has been criticizing Clinton's record.

He said, for example, that he voted in 2002 against authorizing the invasion into Iraq. While Clinton did vote in favor of that authorization, she later called it a "mistake."

"It is important to see which candidates have the courage to cast tough votes, to take on very, very powerful interests," Sanders told the Wall Street Journal.

He also questioned Clinton's position on Wall Street while touting his own record of leading the fight against the deregulation of the financial sector.

"I have been walking the walk, not just talking the talk," he said. "People should be suspect of candidates who receive large sums of money from Wall Street and then go out and say, 'Trust me, I'm going to really regulate Wall Street."

A poll released by Suffolk University/Boston Globe a few days after their first debate found Clinton was deadlocked with Sanders in New Hampshire after he had been leading there for weeks.

A poll released Monday by the Wall Street Journal/NBC News found 62 percent of Democratic primary voters in New Hampshire said they support Clinton for the nomination compared to 31 percent who said they would back Sanders.