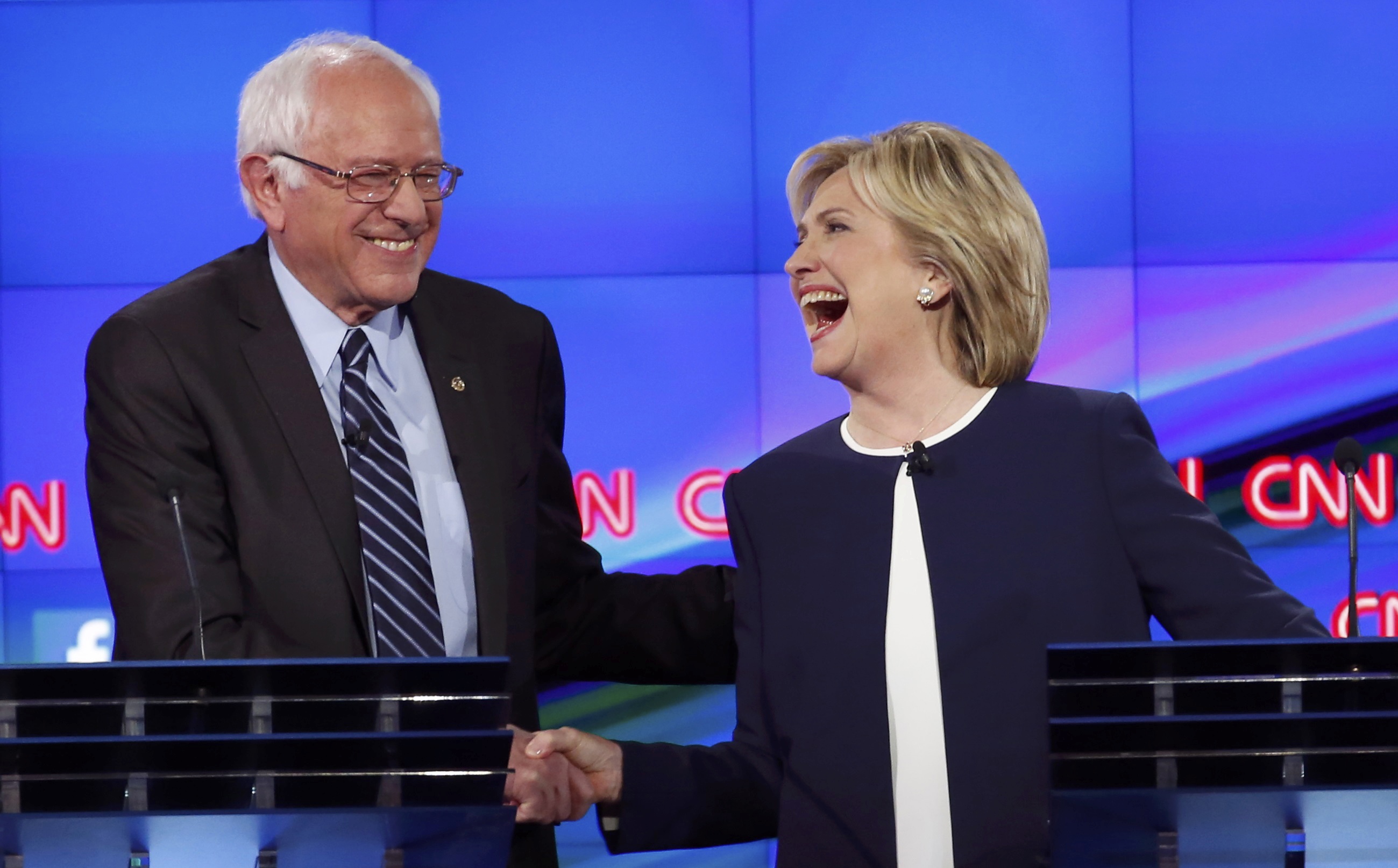 Bernie Sanders and Hillary Clinton in Tuesday night's Democratic debate sought to highlight their differences on issues like gun control and Wall Street reform, but there's one issue where they see eye to eye: Hillary Clinton's email fiasco.

"I think the secretary is right," Sanders said after Clinton tried to downplay her use of a personal email account and server as secretary of state.

"The American people are sick and tired of hearing about your damn emails!" Sanders said.

"Me too!" Clinton laughed.

Even the notoriously combative Republican candidate Donald Trump gave Sanders kudos for his handling of the email question, tweeting the following immediately after Sanders' remarks:

"We have massive wealth and income inequality," Sanders continued at the Las Vegas, Nevada debate. "The American people want to know whether we're going to have a democracy or an oligarchy as a result of [the Supreme Court's Citizens United decision]. Enough of the emails -- let's talk about the real issues."

However, not all of the Democrats on stage felt that the concerns about Clinton's email account could be so easily dismissed.

Former Rhode Island Gov. Lincoln Chafee stood by his past remarks that Clinton's email controversy is a serious issue.

"We have to repair American credibility after we told the world Saddam Hussein had weapons of mass destruction," he said. "Credibility is an issue out there with the world... We need someone who has the best in ethical standards."

Asked whether she wanted to respond to Chafee's remarks, Clinton said curtly, "No."

Her succinct response was met with loud applause in the audience.

Chafee, who barely registers in Democratic primary polls, also stressed his high ethical standards -- presumably in contrast to Clinton -- in his opening statement in the debate.

"Over 30 years of public service, I have had no scandals," Chafee said in his opening statement. "I have always been honest. I have high ethical standards."

As for Clinton, she reiterated a point she has made repeatedly about her emails: She acknowledges she made a mistake and is doing her best to accommodate questions about it.

"I've taken responsibility for it, what I did was allowed by the State Department, but it wasn't the best choice," she said.