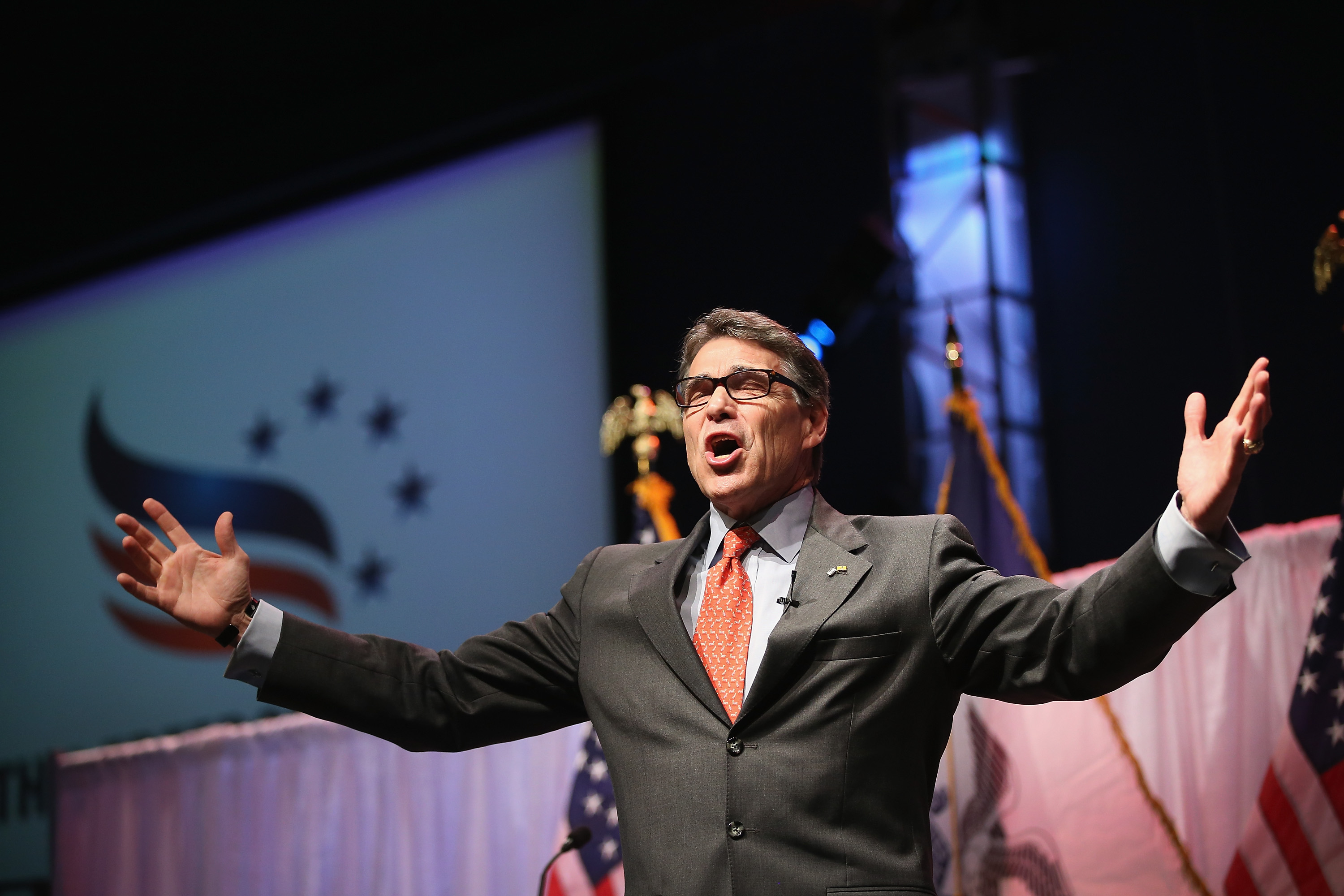 Perry's wife Anita alluded to the news, first reported by the Dallas Morning News, by tweeting an invitation to an event in Dallas on June 4:

Perry will bring an extensive record of executive leadership to the race: He was governor of Texas for 14 years, taking the job in 2001 after his predecessor, George W. Bush, moved into the White House. He went on to win reelection an unprecedented three times in 2002, 2006, and 2010.

It will be the second run at the White House for Perry. His previous bid, in 2012, got off to a promising start, with strong polling and fundraising numbers. But the wheels quickly came off the wagon - Perry's hasty launch afforded him little opportunity to prepare, and a number of awkward appearances on the campaign trail took their toll. (Many recall the infamous primary debate moment during which Perry failed to recall one of three Cabinet departments he proposed shuttering, offering an "oops" in place of an answer.) He ultimately dropped out after disappointing showings in the Iowa caucus and New Hampshire primary.

This time, Perry has been preparing more extensively - he's been consulting advisors on foreign and domestic policy, he's traveled extensively to early voting states like Iowa, New Hampshire, and South Carolina. According to the Dallas Morning News, he's even sought tutoring to polish his public speaking skills.

Unlike 2012, though, Perry will enter the 2016 race trailing in polls. In a Quinnipiac survey last month, for example, only 3 percent of Republicans nationwide voiced support for his candidacy.

His support has room to grow, though, according to a CBS News survey released earlier in May. Thirty-nine percent of Republicans in that survey said they would consider supporting Perry for the nomination, and only 25 percent said they would not.

Perry has pitched himself as a strong conservative on fiscal, national security, and social issues, but one who still knows how to get things accomplished. He's pointed to a strong record of job creation in Texas under his watch, along with various conservative measures he enacted, including regulatory reform, tort reform, and tax reductions.

Apart from South Carolina Sen. Lindsey Graham, Perry is the only prospective candidate in the GOP field who's served in the military. He was commissioned as an officer in the Air Force after graduating from Texas A&M University in 1972.