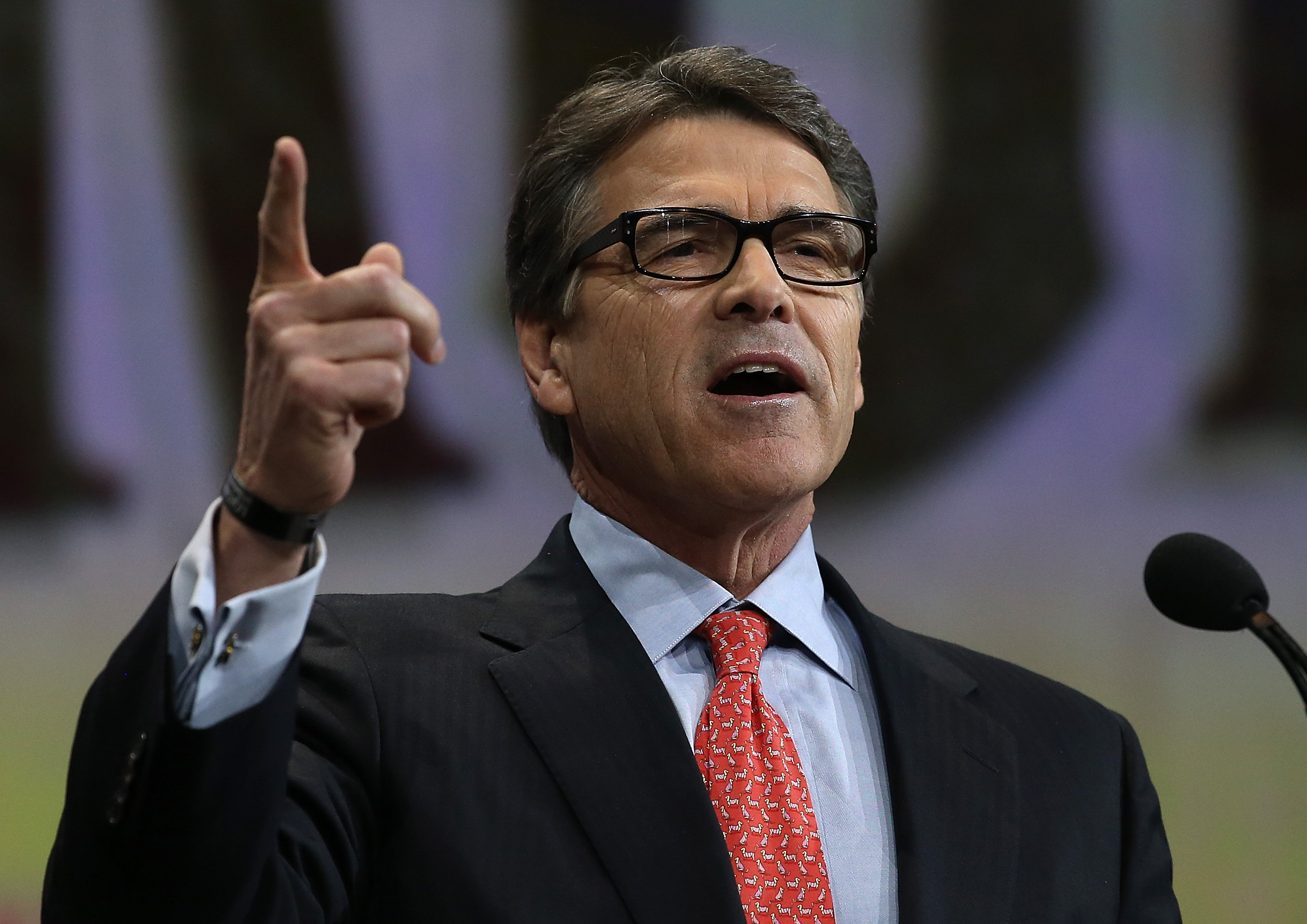 Former Texas Gov. Rick Perry has a folksy way of characterizing what so far seems to be the ease with which Hillary Clinton could win the Democratic nomination in 2016.

"Democrats have taken a pig in a poke. I don't mean it in a negative way, but a descriptive way," Perry said while meeting with business leaders at the Nashua Country Club in New Hampshire Thursday. "I can walk into the union hall and talk to people about growing up without anything. Watching my mom and daddy concerned about whether we'll be able to pay bills. Those things matter to the average American."

The idiom - which is a staple in the 2012 presidential candidate's vocabulary - refers to buying a worthless object disguised as something more valuable. Perry suggested former Massachusetts Gov. Mitt Romney was a similar kind of candidate ahead of the 2012 South Carolina primary election.

"Mitt Romney has got a real problem when it comes to consistency," Perry said at the time. "Those folks in South Carolina, I can promise you, they're not going to buy a pig in a poke, so to speak, and a Massachusetts governor that put individual mandates in place that Obama took as the model to create Obamacare is not going to sell in South Carolina."

Perry competed against Romney in 2012 before dropping out two days before the South Carolina primary. He endorsed former House Speaker Newt Gingrich, who went on to win in South Carolina.

Perry entered the race in August 2011 amid great fanfare and a corresponding spike in poll numbers that put him at the top of the GOP pack, before beginning a steady decline to the end of his campaign in January 2012. He recalled his too-brief ride at the top of the polls as "the most exhilarating three hours of my life."

Perry found the experience valuable, though.

"You must spend a lot of time in New Hampshire and Iowa and South Carolina. These are unique places. You better go, stay, interact with people, do townhall meetings. I learned good lessons, painful as they were," he said.

But he added that he believes, "This is a process where people are given second chances."

Perry is considering a second presidential bid in 2016 and began the preparation process much earlier in the cycle, studying with policy experts and making trips to Iowa and New Hampshire. He praised his three fellow Republicans who are already in the race - Sen. Ted Cruz of Texas, Rand Paul Kentucky and Marco Rubio of Florida - but predicted that Republicans wouldn't settle on a senator this time around.

"I think the next nominee is going to be a governor," Perry said. "I think Americans are going to be looking for that experienced, executive leadership. And look at the records - my 14 years as governor, I think is incomparable with anyone that's standing on the stage with me."