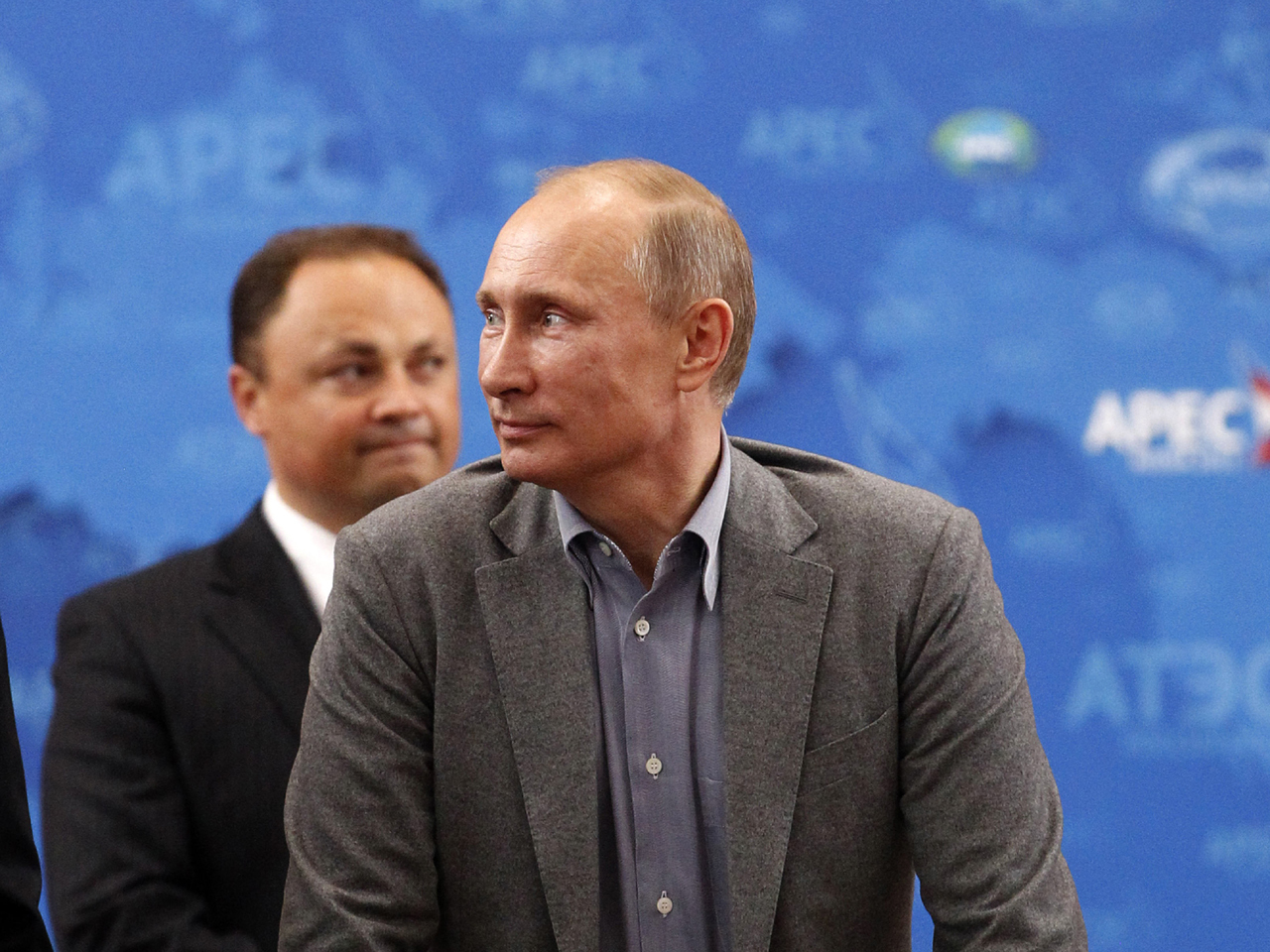 (CBS News) LONDON - Russian President Vladimir Putin has asserted that "some people want to use militants from al Qaeda... to accomplish their goals in Syria."

In a loosely veiled dig at the U.S. support for Syria's opposition, Putin argued, "in that case, one should unlock Guantanamo, arm all of its inmates and bring them to Syria to do the fighting."

Putin was playing directly to his home crowd in the interview aired Thursday on Russian television.

Old-school Russians love it when their president talks tough - especially to their old Cold War enemy. To them, Putin's "some people" was a clear reference to Washington, and his reference to Guantanamo and - by extension - the costly invasion of Iraq, was a guaranteed crowd pleaser.

Russia's President didn't say it in so many words, but he implied that America, the West, and their allies in the Middle East are backing violent Islamic extremists in Syria to bring down Bashar Assad in a policy blunder that's bound to fail.

There is a grain of truth here.

Some al Qaeda fighters, or at least some militants claiming to be al Qaeda, have joined the armed Syrian rebel groups on the ground, and at least some of those men would be eager to establish a fundamentalist Islamic state in Syria after Assad.

But the Islamists are just one fragment of a broad and complex opposition movement that includes secularists, young democrats, Christians, tribal leaders, students - a sample of the entire Syrian society. The majority just want a prosperous, open, modern Syria - and one, most importantly, not run by a dictator and his corrupt family.

This larger opposition is the one backed - so far very cautiously - by the U.S. government.

Russia, on the other hand, has bet against Syria's citizens and chosen to back the dictator.

But dictators are a delicate subject for Mr. Putin.

He was called one himself by vast crowds of Russian protestors who, this winter, accused him of rigging elections (video) to hang onto power.

In response to the anti-Putin movement gathering steam, he cracked down on dissident voices and views inside Russia.

So you might think in an interview meant to impress at home, Putin would have steered away from the topic.

Instead he plunged right in, talking about Arab leaders who were deposed in the series of citizens' uprisings last year.

They, "obviously overlooked the need for change and missed the ongoing trends," he said. "So they failed to produce the reforms which would have saved the day."

Perfectly valid analysis of political shifts in the Middle East. But also, perhaps, a timely warning - for himself.