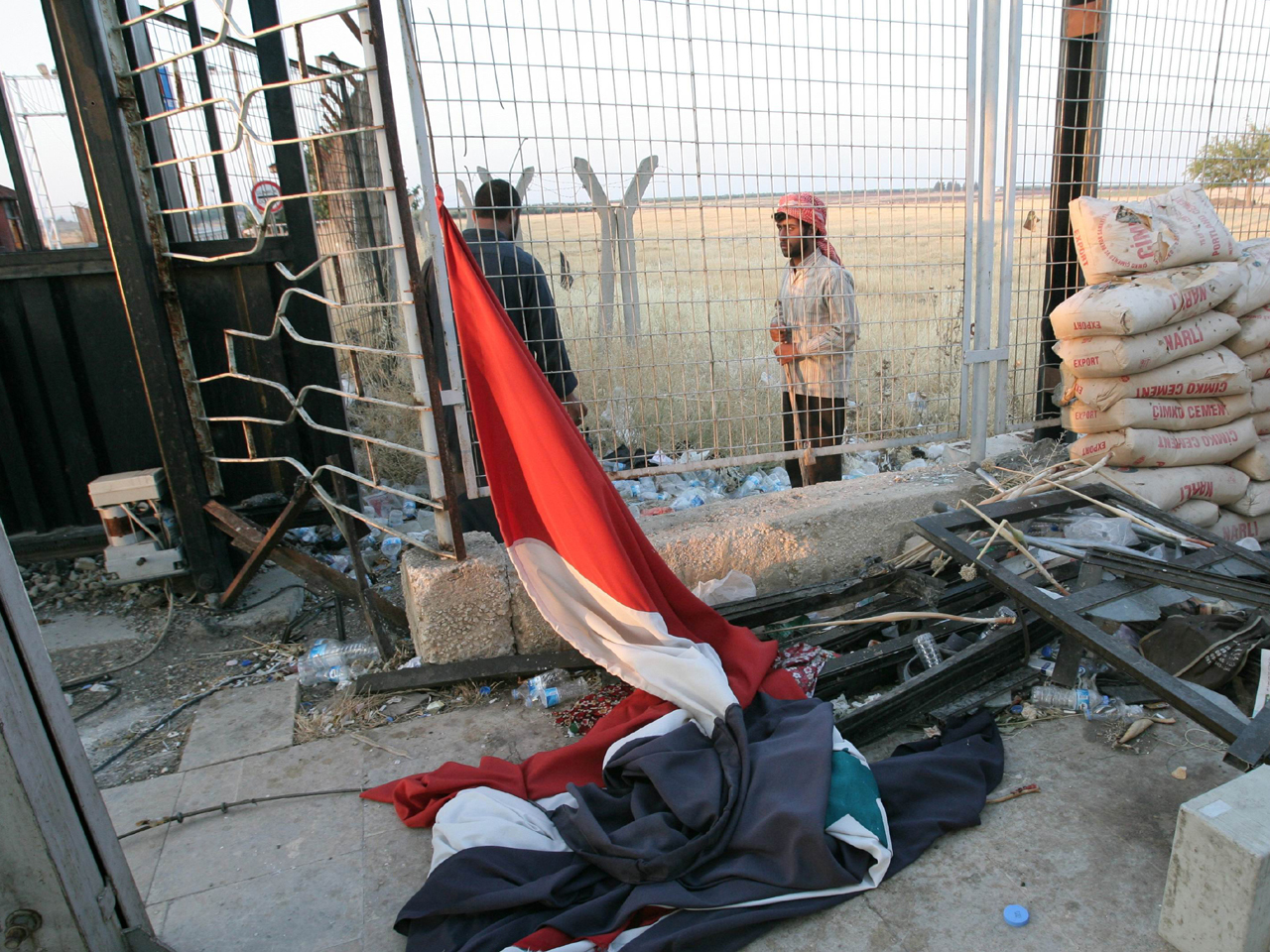 (CBS News) LONDON - Concern has mounted for months that Islamic extremists are joining the fight against Syrian President Bahsar Assad's dictatorship, and now a New York Times report says there's increasing evidence that al Qaeda militants are trying to commandeer the fight for their own cause.

The focus has been on claims that al Qaeda fighters from Iraq's Sunni heartland are coming across the border to fight their long-running sectarian battle against Shiite Muslims on new territory - with the apparent goal, once Assad is ousted, of being able to carve out a Sunni homeland under strict Islamic law.

Syria's prominent opposition groups flatly reject the notion that Islamic extremists are a significant force within the anti-Assad fight. They know it would not help their cause as they seek further support from the U.S. and other sympathetic nations.

But senior Iraqi officials have warned that militants - including al Qaeda in Iraq fighters - are crossing the border.

Iraq, a majority Shiite nation, has good reason to fear an al Qaeda presence on its doorstep.

A geographical region which spans the border between the two nations, known as the Levant, is firm Sunni territory - from which al Qaeda in Iraq drew many of its fighters for the battle against the post-Saddam, Shiite-led government. (That battle continues today, long after the withdrawal of the last U.S forces from Iraq.)

Syria is a majority Sunni nation, but has been ruled by the Assad family - from the minority Alawite sect - for four decades.

It is worth noting that not all Sunni Islamist militants are created equal. Several Sunni tribal sheiks in western Iraq told The Telegraph in March they were sending men to join the rebels in Syria - but they spoke of al Qaeda as an enemy. The sheiks were, in some cases, the same men who led the Sunni "awakening" groups which helped U.S. forces quash al Qaeda's hold on Western Iraq.

"Al Qaeda are no way sending people to Syria to fight the regime," Sheik Hamid al-Hayis, one of the local tribal leaders told the paper, while acknowledging that the global terror franchise does tend to "seek out unstable areas."

Another sheik, Ashour Juru al-Bu Mahal, even went so far as to say his fighters would be able to "hold off al Qaeda" in Syria if the group did try to claim territory there. "We have experience," he said. "We have fought against them before. We know how to do it."

Tangible evidence that al Qaeda - the terror network led by Ayman al-Zawahiri and based along the Pakistan-Afghanistan border - is involved at an operational level in the Syria violence is minimal, but that may be less important than the trends highlighted by the Times article, which show an increase in al Qaeda-esque tactics.

Videos showing Islamic militants who superficially look and sound like al Qaeda, carrying messages claiming affiliation with and even allegiance to, the rebel Free Syrian Army (FSA), have surfaced. In one video cited by the Times, rocket launcher-wielding men in face masks say they are defected Syrian Army troops who have now joined the FSA, as they announce the creation of a suicide "martyr's brigade."

Suicide bombing is a preferred tactic of al Qaeda and its franchises around the world. According to a study cited by the Times, there have been 10 suicide bombings in Syria since December. Four of them have been claimed by the al Nusra Front for the People of the Levant.

Al Qaeda, however, has yet to espouse any of the groups in Syria as an affiliate or franchise - along the lines of al Qaeda in Iraq, or North Africa's al Qaeda in the Islamic Magreb. The closest to that syndication for Syria has been a remark from al Zawahiri in the winter, praising Syrian opposition fighters as the "lions of the Levant" and urging Syrians to join their ranks - but asserting no support beyond that.

And, in spite of the similar language and attire seen and heard in their videos, none of the Sunni militant groups fighting Assad in Syria is known to have claimed a link to al Qaeda.

But while the link between Syria's Sunni militant groups and al Qaeda-central may be limited to a shared ideology, the reality on the ground may be no less disconcerting.

CBS News analysis of opposition videos from Syria over the past months suggests there are not three, but myriad Islamist factions which have taken up arms against the Assad regime - many of them claiming allegiance to the FSA, and many using language and suggesting tactics commonly associated with al Qaeda.

These groups - contrary to their claims of membership in the FSA - appear to be as factitious and regionalized as the Syrian opposition movement itself. They are essentially local Sunni militias.

The fear, then, that al-Zawahiri and his cadres will try and set up a new headquarters in Damascus if and when President Assad falls, may be less well-founded than a fear over the complete chaos he would likely leave in his wake, and what that chaos might facilitate.

An array of well-armed Sunni militant groups vying for a cut of the post-Assad power, in a nation with stockpiles of chemical and biological weapons and a shared border with Israel, is worrying enough.

If al Qaeda isn't in Syria now, its leaders will almost certainly have their fingers on the doorbell if and when Assad does fall.