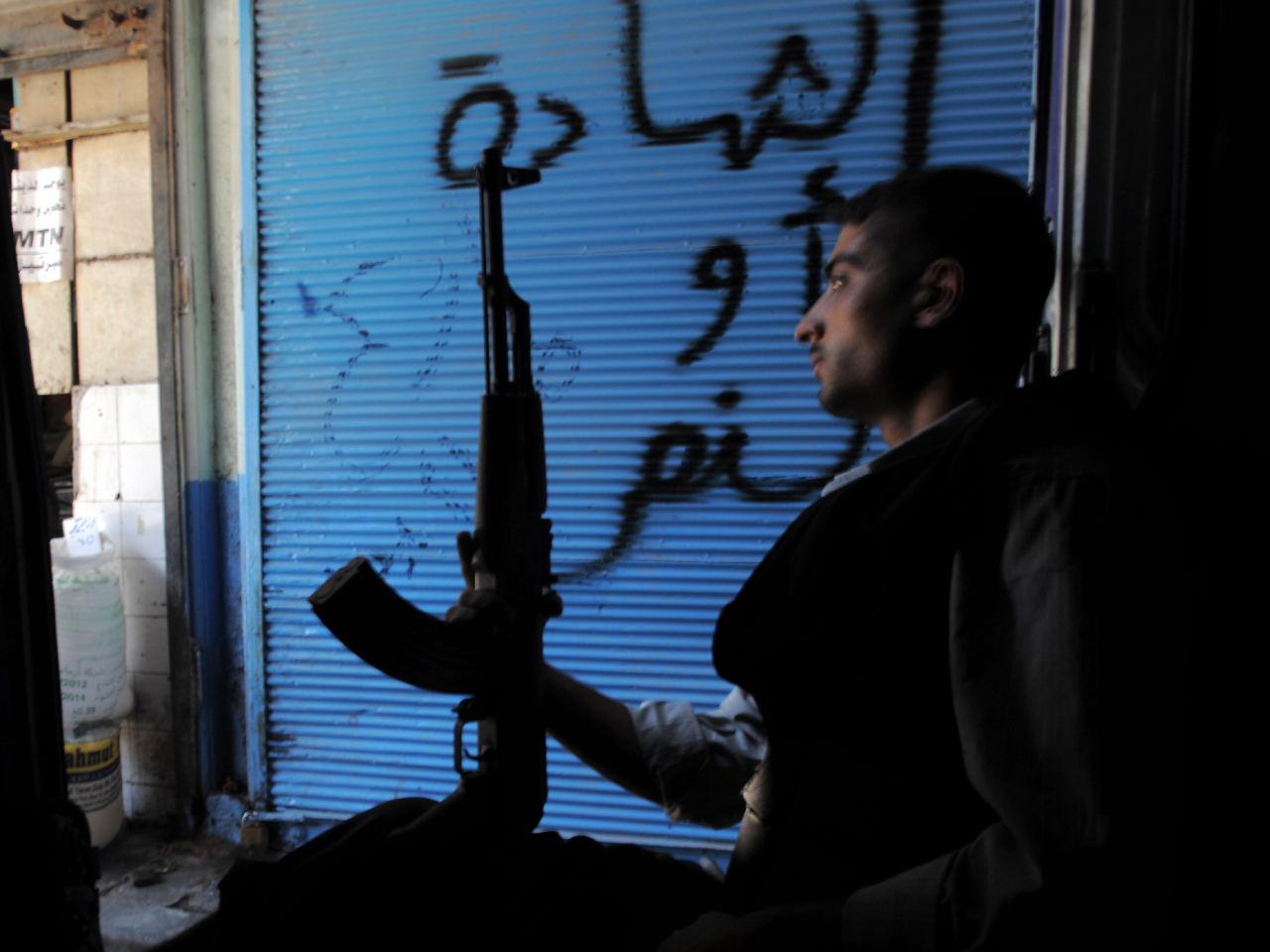 (CBS News) LONDON - Eighteen months after anti-Assad street protests spiraled into all-out civil war, sources inside Aleppo tell CBS News that many of the business leaders, scholars and other prominent figures in Syria's largest city, who have backed President Bashar Assad and his family for decades, no longer see a future under his rule.

CBS News has learned that at least 48 of Aleppo's elite, calling themselves the "Front of Aleppo Islamic Scholars" (FAIS) - which has a Facebook page established just last year - have hand-picked a provisional city council to take over Aleppo when Assad loses his grip on the country - and they are gambling on one of the many rebel groups fighting in the city to become its eventual protectors.

A document obtained by CBS News details the various duties of the provisional administration's 18 members. This city government-in-waiting includes doctors, engineers, tradesmen and university professors, each tasked according to their knowledge and experience.

"The main objective for forming such a government is to fill in the administrative vacuum in the city and unite the efforts of revolutionary forces," says the document, indicating that while Assad ostensibly may still be in charge of Syria, his government is no longer able to run Aleppo to the satisfaction of its civic leaders.

The document, provided to CBS News by a trusted opposition source, lays out the new 18-member council, listing some of its members by name, others only by initials. Many of them will have been ardent supporters of the Assad regime, and with the fight for the city so far from over, some may still be backing his rule, in their official capacities, at least.

The defenders of Aleppo

Crucially, the document from FAIS states that one of the rebel factions fighting in the city, the al-Tawheed Brigades, has been entrusted with Aleppo's security. According to the document, the brigades' task now is to unite the other factions across the city to beat Assad's forces out of Aleppo, and then keep the city secure once they're gone.

FAIS has placed a great deal of faith in the hands of the Tawheed Brigades, perhaps because the scholars see no better option, but tapping the faction to act as the defenders of Aleppo is a decision which comes with baggage, and possible ramifications down the road.

The Brigades is comprised of smaller rebel fighting groups, including a significant number of former pro-Assad militias (shabiha) which have switched sides having seen their payment from the regime dry up. The Tawheed is one of about five large rebel factions fighting in Aleppo.

It is undoubtedly the group with the biggest public profile, having produced virtually all of the online videos to emerge from the city, which often depict fighters marching defiantly through the streets after apparent victories or crouching behind walls to take aim at unseen regime forces.

The Tawheed is also the best-connected of Aleppo's rebel armies. They come from the rural districts to the north of the city - the districts through which the vast majority of the weapons, ammunition and money from abroad reach Aleppo via Turkey. The group has alleged connections to Turkish intelligence.

They are also strong in number - claiming to be the largest of the factions fighting in Aleppo. With the only available evidence - the many videos the Tawheed Brigades produce - seeming to back this claim, and with their control over the supply route from Turkey, they may have been the logical choice for FAIS.

An opposition united, for now

A commander from another of Aleppo's rebel groups, however, based in the east of the city, tells CBS News that the Tawheed Brigades' claims are exaggerated. He says the brigades make up just 15 to 20 percent of the rebels in the city, and that men from its ranks are to blame for the looting and crime which has left many local residents distrustful, even disdainful, of the rebels on the whole.

Asked about those allegations, Abu Majid, a Tawheed Brigades commander in Aleppo, tells CBS News "there have been acts of looting and pillage in Aleppo, but those were individual incidents and not a general trend, and they are not limited only to Tawheed Brigades."

"Tawheed Brigades enrolled many fighters when it moved into the city from the northern provinces; We had to do that in order to be able to cover the large areas of the city. But in doing so, we couldn't carry out the necessary checks on the background of each group of fighters."

Majid said the issue was being addressed with the formation of a security committee, "tasked with policing the various fighting groups on the ground and making sure that criminal activities are stopped."

The commander from the other rebel group also says the Brigades - which, according to its own leaders and according to the document composed by FAIS, should be acting as distributors of ammunition and weapons to the other groups as the clashes with their common enemy flare up around the city - is cooperating only on its own terms.

He tells CBS News that a fight to maintain a foothold in the Salaheddine district earlier this month was lost to Assad's forces because the Tawheed Brigades would not heed requests from the local rebel group for more ammunition. He says the local group even offered to hand over their positions in Salaheddine to the Brigade to continue the fight, but they declined.

His account is lent credence by rebel fighters who told a CBS News crew as they left the Salaheddine battle that they had to abandon the fight when ammunition ran out.

The loss was called a tactical retreat by rebel leaders, but it served the Assad regime a fresh propaganda victory to show they were reclaiming territory in the vital city.

The Tawheed brigade is composed largely of farmers and other men from the rural northern districts of Aleppo. Other factions are made up of more religiously motivated subgroups. Each has its own identity and motivations. Right now, they appear to be working more or less in unison against Assad's forces, but it's clear the various groups will not always see eye-to-eye.

Backing from FAIS will channel more funding - local funding from Aleppo's business elite who are keen to ensure their interests are protected in the post-Assad era - directly to the Tawheed Brigades. But other groups in the city are still fighting independently, still managing to rearm, and they won't necessarily be eager to embrace the Tawheed as their new commanders when the common enemy is defeated.

The battle for control of Aleppo may rage on, even after Assad falls.