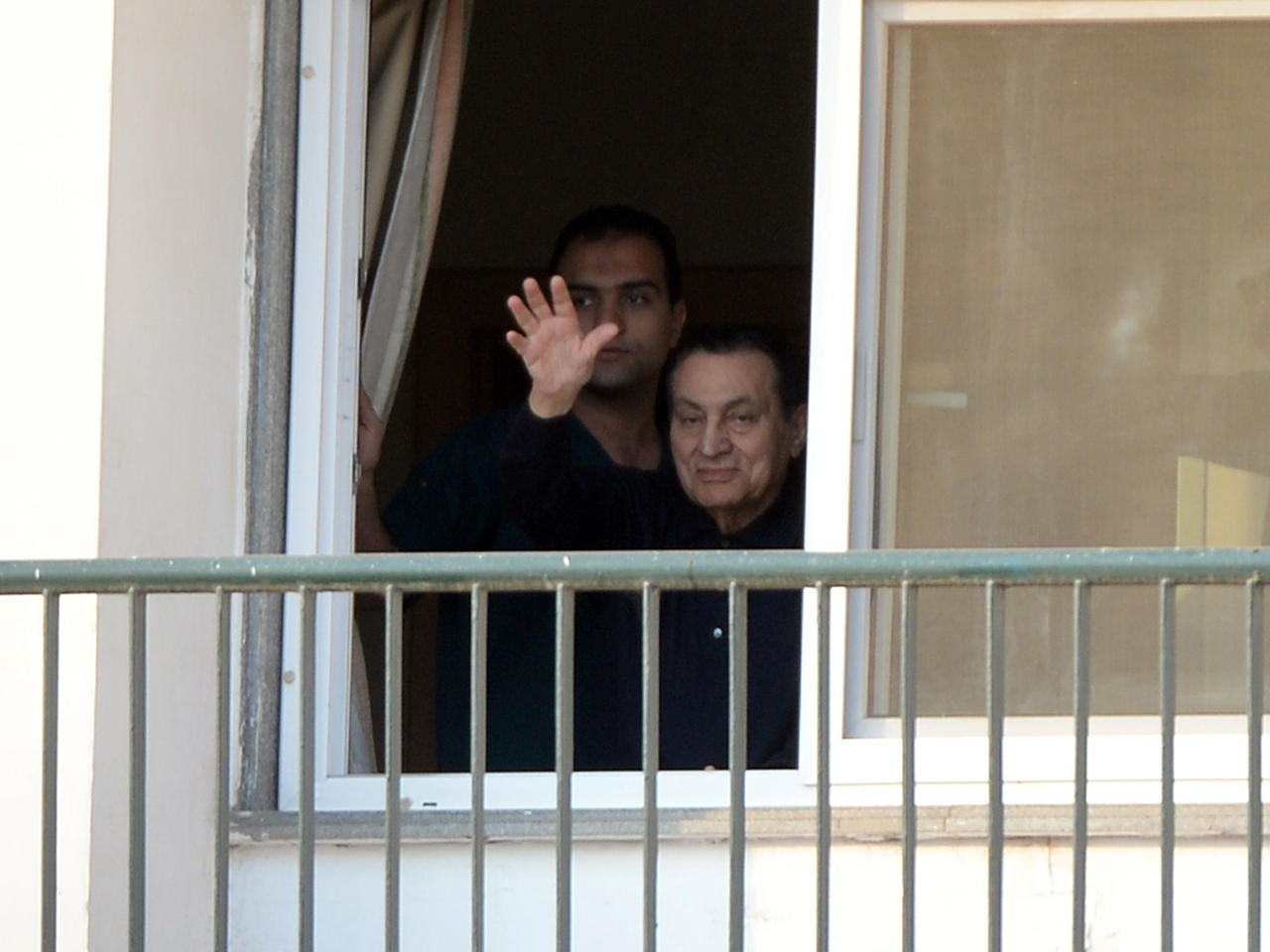 CAIRO -- Egypt’s former President Hosni Mubarak returned home on Friday, free following his release from custody after legal proceedings that took years since his 2011 ouster -- years during which the country witnessed major upheavals and rights activists saw their hopes scuttled that the autocrat would face justice for the deaths of hundreds who defied his rule.

Mubarak’s release also marked a new chapter in the saga of an ignominious fate of a president whose people rose up against him, demanding the end of a 30-year rule hollowed out by corruption, economic inequities and reliance on feared security officials to keep its hold on power.

It also underscored how the aspirations of the Arab Spring movement that swept the entire region have bottomed out. Six years on, the mass uprisings in Egypt, Tunisia, Libya, Yemen, Bahrain, and Syria have each failed in some way, leading to civil wars or failed states.

According to an Egyptian security official, Mubarak left the Armed Forces hospital in Cairo’s southern suburb of Maadi earlier in the morning. From there, he went to his house in the upscale district of Heliopolis under heavy security measures.

Two groups of security forces secured the route from the hospital to his house, said the official, speaking on condition of anonymity because he was not authorized to talk to the media.

Mubarak’s lawyer, Farid el-Deeb, refused to comment when contacted by The Associated Press.

The lawyer, however, told the Egyptian daily Al-Masry al-Youm that the ailing former president returned home with his two sons, Alaa and Gamal, and that the entire family, including Mubarak’s wife Suzanne came together at his house to celebrate his return and have breakfast together.

The 88-year-old Mubarak was acquitted by Egypt’s top appeals court on March 2 of charges that he ordered the killing of protesters during the 2011 popular uprising that led to his ouster.

At that point, he had already served a three-year sentence for embezzling state funds while in detention in connection with the case on the deaths of protesters. A criminal court had ruled in May 2015 to jail Mubarak for three years and fine him millions of Egyptian pounds following his conviction for embezzling funds earmarked for the maintenance and renovation of presidential palaces. The ruling was upheld by another court in January 2016.

Prosecutors, however, reopened another corruption case on Thursday, linked to allegations that Mubarak received gifts from the state-run Al-Ahram newspaper worth $1 million, along with his family members. The case was closed before, but the prosecutors appealed and the case restarted.

The order to release Mubarak was the latest in a series of court rulings in recent years in Egypt that acquitted some two dozen Mubarak-era cabinet ministers, top police officers and aides charged with graft or in connection with the killing of some 900 protesters during the uprising.

Some of those acquitted have made a comeback in public life, while others partially paid back fortunes they illegally amassed.

Activists, meanwhile, say Mubarak’s acquittal of killing protesters has confirmed long-held suspicions that his trial -- and that of scores of policemen who faced trial on the same charge -- would never bring the justice they demanded.

It has also, according to activists and Egypt’s beleaguered rights campaigners, confirmed widely-held suspicions that their “revolution” -- as the uprising against Mubarak was dubbed -- had effectively been reversed by the government of President Abdel-Fattah el-Sissi, a general-turned-politician, in order to restore the status quo in a country ruled undemocratically by men of military background for most of the past 60-plus years.

Powerful media figures loyal to el-Sissi have relentlessly vilified the 2011 uprising as a conspiracy and demonized its icons as foreign agents who pose a threat to the country’s national security. The fallen protesters, contend some of them, were shot by members of the now-banned Islamist group, the Muslim Brotherhood.

The attacks began soon after el-Sissi, as army chief, led the 2013 ouster of the Brotherhood’s Mohammed Morsi, after Mubarak Egypt’s first freely elected leader whose one-year in office proved divisive.

Mubarak’s sons were also convicted and sentenced to three years in prison in the same embezzlement case. They still face charges in an insider trading case, but both are free and have recently made a series of intensely publicized appearances greeted enthusiastically by hardcore supporters of their father.