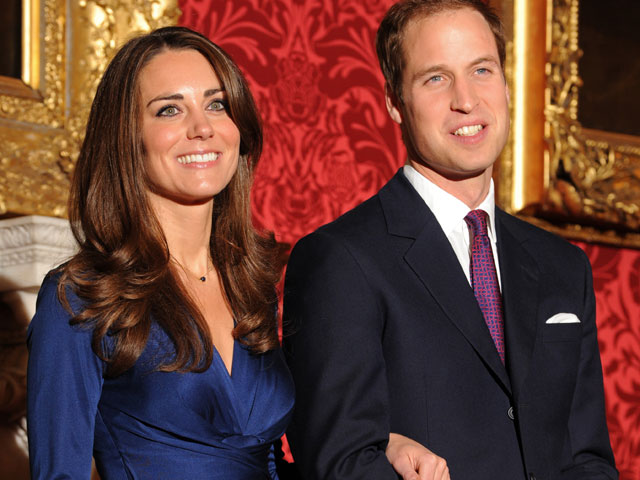 NEW YORK (CBS) Newly engaged Prince William and Kate Middleton are now receiving well-wishes from around the world, but the first person to offer congratulations was someone close to the British royal.

According to Sean, William told palace sources that he knew from the moment he met Middleton that he wanted to spend the rest of his life with her, adding, "Together we are a team and for that life can only be even more fun."

However, the prince was reportedly nervous before popping the question last month while the couple was vacationing in Kenya, because he worried that the proposal might ruin the trip had Middleton not accepted.

There's no set date for the wedding, but palace sources told Sean that William likes the idea of a spring wedding.

William's future wife has also charmed his grandmother, Queen Elizabeth II. The British monarch invited her to spend the holidays with the royal family, and Sean reports that the Queen is a "huge fan" of Middleton's and two have tea together at Buckingham Palace on a regular basis.

Middleton, known as Catherine to her innermost circle, reportedly has said she never dreamed of becoming a princess, but "you don't plan to fall in love with someone with that in mind."

Read more on the royal engagement:
Kate Middleton's Engagement Ring is Princess Diana's
Engagement Timing was Crucial for Queen
Two Royal Weddings in 2011
What Royal Title Will Kate Middleton Get?
Who is Britain's Future Princess?
Prince William and Kate Middleton are Engaged