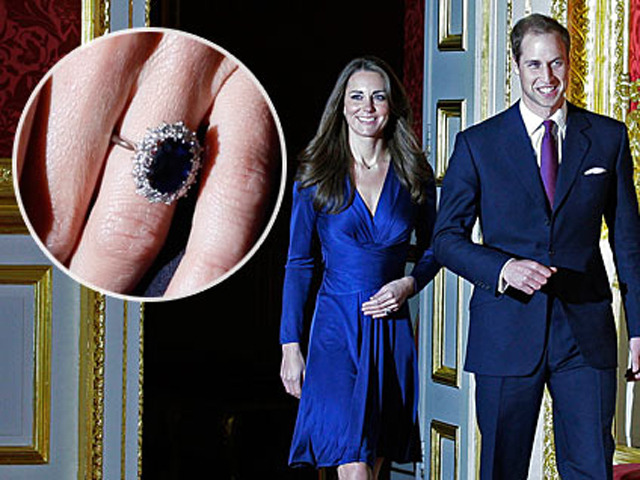 It's a dazzling oval, 18-carat blue sapphire and white diamond ring. Diana, who died in 1997, chose the elegant cluster ring after becoming engaged to Charles in 1981.

"This was my way of making sure that my mother didn't miss out on today," William said as the couple posed for photographers in the state apartments at St. James' Palace.

According to royal watcher and CBS News contributor Neil Sean, William holds his mother up like an icon but admits that "I just want to make sure I keep her memory alive and all the good things and good work that she did."

Prince William did his proposing the right way- he asked Kate's father for his daughter's hand before proposing to her. And he admitted to being nervous about popping the question. "I was not sure she would say yes, " he said. "How could I be ? "

Prince William and Kate Middleton are Engaged
Who Is the New Princess-to-Be?
Two Royal Weddings in One Season
Which Royal Title for Kate? Timing of Wedding Is Crucial