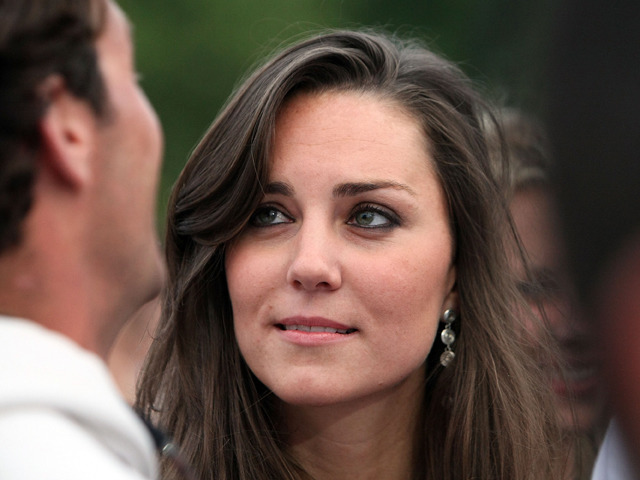 NEW YORK (CBS/AP) Newly engaged Kate Middleton has some big, royal shoes to fill. Her engagement to Prince William involves more than just matters of the heart, it involves a royal title once carried by the late Princess Diana - talk about pressure!

So what royal title will be bestowed upon Kate Middleton?

Queen Catherine? She must wait for that one.

But some royal title awaits Middleton once she marries her prince, a future king of England.

William's uncles, Prince Andrew and Prince Edward, were given titles when they married. Andrew was named Duke of York, and his wife, Sarah, became the Duchess of York; Edward was made Earl of Wessex, and his wife Sophie, a countess.

Assuming William's father, Prince Charles, lives long enough to succeed his mother, Queen Elizabeth II, then William likely will be upgraded to Prince of Wales, the traditional title for a male heir.

Kate would then be the Princess of Wales, just as William's mother, Diana, was.

One precedent for her progress could be the career of King George V, the second son of Edward VIII and grandson of Queen Victoria.

After the death of his elder brother Albert in 1891, George was given the titles of Duke of York, Earl of Inverness and Baron Killarney, and his wife was known as the Duchess of York.

She became Princess of Wales in 1901 following the death of Victoria, and then Queen Mary following Edward's death in 1910.

Another royal precedent gives Kate some latitude on choosing a title. Prince Charles' wife is the princess of Wales but she has never used the title because of its association with the late Princess Diana.

Instead, Camilla is known as the Duchess of Cornwall, or Duchess of Rothesay when in Scotland, adopting two of her husband's other titles.

Harry Was First To Congratulate His Brother

Who Is the New Princess-to-Be?

Two Royal Weddings in One Season

Which Royal Title for Kate?

Timing of Wedding Is Crucial