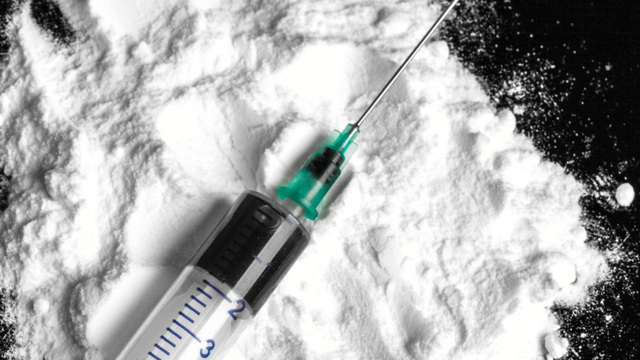 Sam Quinones spent five years writing the book on how heroin took hold in America. It was a lonely endeavor for him, as he dug through pockets of Ohio that had been quietly ravaged by the opiate epidemic. Still, parents and politicians were reluctant to talk, and the media had taken little interest in the subject.

So when “Dreamland: The True Tale of America’s Opiate Epidemic” was finally published in April of 2015, Quinones assumed the book would collect dust on a bookstore shelf, unmemorable and largely forgotten.

But then he got a call last year, a month after the book was released, from an unlikely figure. Ann O’Leary, a senior policy advisor for Hillary Clinton, was on the other line to talk about what Clinton was seeing and hearing on the campaign trail. Around the country, voters were confessing their personal struggles with the drug epidemic to presidential candidates in both parties.

“Hillary, at that point, was campaigning in Iowa and New Hampshire before the first primary and she was hearing about addiction very vehemently,” Quinones recalled of his conversation with O’Leary. “This was the first sign I got that people were not sitting around quietly any more. It startled her that she would hear it so many times, and in New Hampshire particularly. That was a sign to me that people were breaking out of the shell.”

Yet more than a year later the topic has been mostly drowned out in a campaign that has largely turned into a referendum on Donald Trump’s fitness for office.

The lack of presidential discourse around addiction to pain-relieving drugs is especially striking here in Ohio.

Across this battleground state, talk of the drug epidemic is inescapable. It leads the local news nearly every night. It’s splashed across the front pages of newspapers from Youngstown to Columbus to Cincinnati. Highway billboards promote Narcan, a stimulant used to bring users who overdose back from near death. And, strikingly, it’s a hot topic in almost every campaign up and down the ballot -- except in the race for the White House.

“The presidential election seems to be fantasyland,” Quinones said. “People are covering bizarre little details that matter not one iota to many American lives. But no one has spent time talking about the opiate epidemic.”

Much of the opioid epidemic can be traced to rural Ohio. Pharmaceutical and prescription drugs companies heavily promoted OxyContin, which helped pioneer the expansion of “pill mills.” At one point, the Ohio-Kentucky border county of Scioto was home to at least eight area mills that cashed out on aggressively prescribing huge quantities of pain medication with little discretion. The Children’s Defense Fund recently found that Scioto leads Ohio in the rate of babies born with drug addiction.

Over the past last year, the addiction problem has exploded here. In 2015, 3,050 people died from overdoses in Ohio - that’s 8 people a day. According to the annual report on unintentional drug overdose deaths released by the Ohio Department of Health, an even more potent synthetic narcotic that is often mixed with heroin called fentanyl is responsible for more than one-third of drug overdose deaths.

Sen. Rob Portman, the incumbent Republican running for re-election against former Ohio Governor Ted Strickland, has made prescription drug addiction a centerpiece of his campaign. In mail pieces and in TV ads, he has boasted of being on the frontlines of the heroin and prescription drug epidemic in the state.

Portman co-authored the bipartisan Comprehensive Addiction and Recovery Act (CARA) that was passed and signed into law in July, authorizing $181 million in funding new prevention, treatment, and recovery programs.

One of the most prominent faces of Portman’s campaign has been Tonda DeRe from Carrollton, Ohio. Her daughter Holly died of a heroin overdose in 2012. The Portman campaign spent $1.1 million running an emotional ad featuring DeRe talking about the horrors of the epidemic and Portman’s anti-heroin legislation.

“We lose 129 kids a day to heroin,” DeRe narrates. “And the only person I’ve seen, standing up there screaming almost daily is Senator Portman.”

But the subject has largely faded from the presidential race after surfacing in a major way last year during the primaries - especially during the New Hampshire primary fight.

Republicans in particular found themselves in a position usually occupied by Democratic candidates: Talking about addiction not as a stigma limited to criminals, but as a public health concern that affects families of all races and classes.

Along with Christie, Ted Cruz, Carly Fiorina, Jeb Bush and John Kasich all found themselves knee deep on the issue while stumping through New Hampshire, where a record number of drug related deaths occurred last year. According to the Concord Monitor, 439 people died of drug overdoses in 2015 -- fentanyl being the main cause of death. A video of Christie talking about the death of a friend who died after being addicted to painkillers, which was shot by Huffington Post film crew, was one of the biggest viral moments of the primary.

But the narrowly focused fight for New Hampshire is in the rearview mirror. With the general election filled with a daily stream of sensational revelations unrelated to policy, the opioid epidemic has largely receded from national headlines even as it drives endless local coverage in places like Ohio.

Clinton put forth a detailed plan early in the campaign that would significantly boost funding to combat the epidemic, including reducing the rate of opiate prescription. But her mention of heroin specifically has since tapered off. When she does dabble in the topic, she speaks of “addiction and mental health” in general terms.

Trump talks about heroin addiction in passing with some regularity, but his main policy proposal to combat drug addiction hangs on the idea of building a wall that would stop Mexican criminals from bringing drugs into the country. He also wants to toughen up the sentencing of drug dealers and offenders. Other talking points, such as “spend[ing] the money” for people to get more treatment, lack details.

According to Quinones, the author, Mexican smugglers are not the major culprits.

“The truth is that this does not start in the underworld — it starts with pharma companies and pain specialists and doctors buying into this idea that their pills are non addictive to treat pain,” Quinones told CBS News. “Mexican heroin traffickers come very late to this party. This has been going on for 15 years before most heroin traffickers figured this out.”

Terry DeMio, a reporter on the drug beat for Cincinnati.com, says she has been a startling lack of articles mentioning policy ideas from the presidential campaign in the Facebook support groups she frequents.

She’s collected and reported on countless heartbreaking stories over the years, gaining access to private communities of parents who have turned to each other for support. When it comes to Portman, DeMio said parents are happy to see him become an advocate. But she said they are still holding their breath for more help - from the presidential candidates especially.

“People are very upset that no one has put any funding towards it,” DeMio said. “It feels like they are spinning their wheels because it’s like, we are recognizing the issue, and yet if there is no money behind this.”

The dynamic was on display two weeks ago as President Obama hosted a picturesque outdoor campaign rally in Cleveland, where he spent 20 minutes lavishing praise on Clinton and and mocking Trump as a fraud. And in the front row of the crowd, barely five feet from the president, a woman clutched a photograph of a deceased relative. Each time Obama paused, she shouted, “What about heroin?”

Her cries went unanswered, and the president did not acknowledge drug addiction once in his speech.