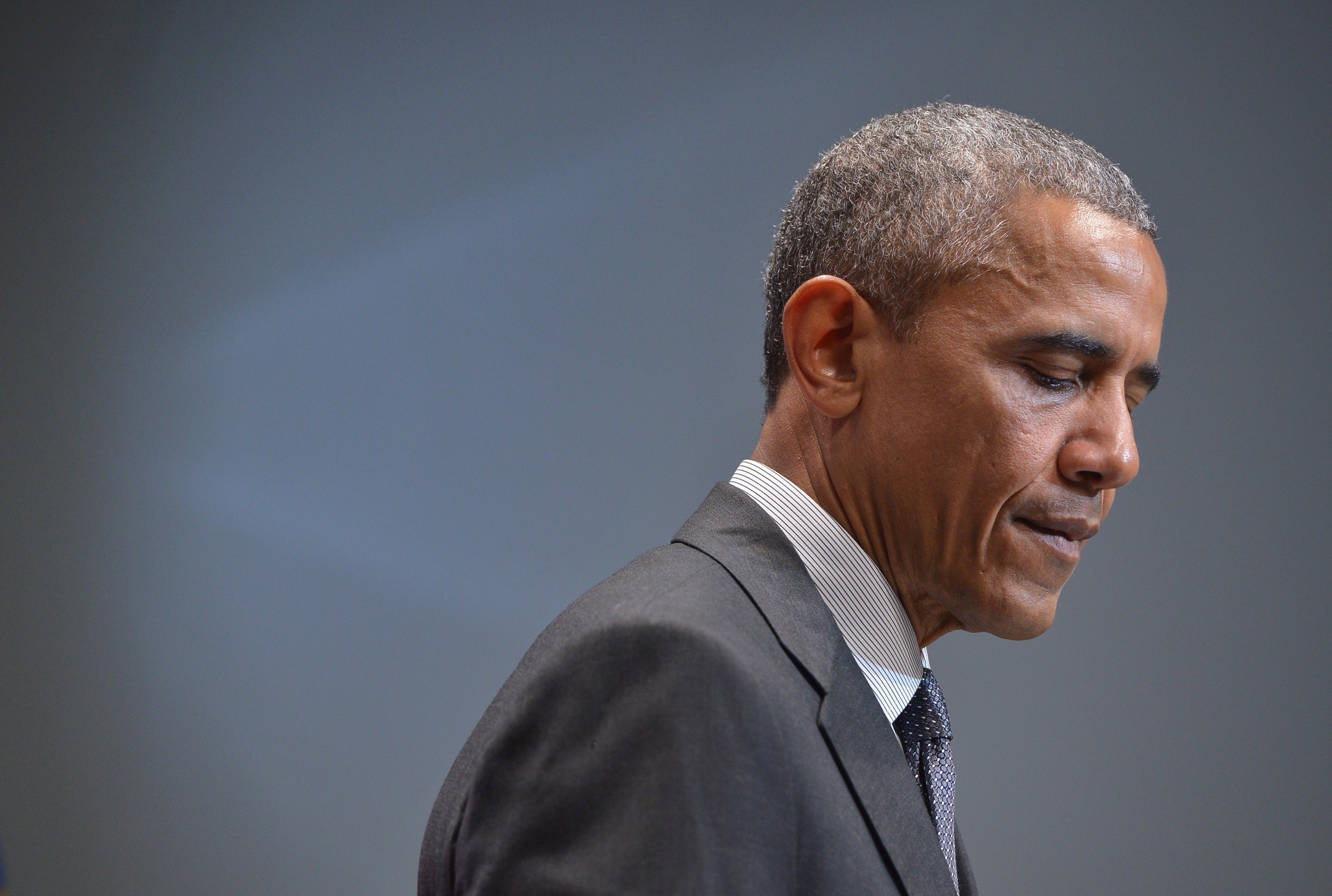 President Obama said Monday that the U.S. does not yet have a "complete strategy" to stem the advance of militants with the Islamic State of Iraq and Syria (ISIS) because such a plan would require a commitment from the Iraqi government to accelerate the training and recruitment of local security forces.

"One of the areas we're going to have to improve is the speed of training of Iraqi forces," the president said during a press conference in Germany during the G7 summit. "One of the things that we're still seeing is, in Iraq, places where we've got more training capacity that we've got recruits...part of my discussion with [Iraqi] Prime Minister Abadi was how do we make sure we get more troops in."

"When a finalized plan is presented to my by the Pentagon, then I will share it with the American people," the president said. "We don't yet have a complete strategy because it requires commitments on the part of the Iraqis as well, about how recruitment takes place, how that training takes place. And so the details of that are not yet worked out."

The president's candid admission -- that the U.S. is still fleshing out its anti-ISIS strategy -- was reminiscent of a similar declaration last August, as ISIS was gathering steam and the U.S. was in the early stages of mustering an international response to the militant group's rise.

"I don't want to put the cart before the horse. We don't have a strategy yet," the president said then, stressing that the administration needed to consult with Congress and global partners before implementing a comprehensive plan.

Islamic militants with ISIS have been rampaging cross Iraq and Syria for more than a year. The U.S. has provided some air support for a regional coalition of ground forces fighting the extremist group, but the president conceded Wednesday that the U.S. has suffered setbacks in some areas while making progress in others.

Noting the fall of Ramadi, a key Iraqi city seized last month by ISIS, Mr. Obama explained, "They're displaced in one place and they come back in another. And they're nimble, and they're aggressive, and they're opportunistic."

The president also argued more needs to be done to stem the tide of foreign fighters joining the ranks of ISIS, saying the U.S. has made "some progress, but not enough" on that count. And he also urged the Iraqi government to continue its process of political reconciliation.

"If Sunnis, Kurds, and Shia all feel as if their concerns are being addressed, and that operating within a legitimate political structure can meet their need for security, prosperity, non discrimination, then we're going to have a much easier time," he said. "The good news is Prime Minister Abadi is very much committed to that principle, but obviously he's inheriting a legacy of a lot of mistrust."

ISIS is composed largely of Sunni Muslims, but Mr. Obama suggested the Iraqi government has had some success reaching out to Sunni tribes to get them to contribute to local security efforts and push back against the extremists in their midst.

Mr. Obama also discussed the ongoing tensions in Ukraine, where Russian-backed separatists in the east part of the country continue sowing unrest in defiance of a cease-fire agreement reached in February. The president said the U.S. and its European partners would maintain the current sanctions until Russia ceases meddling in the internal affairs of its neighbor.

The president also suggested the sanctions are taking a deep bite out of Russia's economy, but he said the Russian people might not understand how their government is responsible for their hardship because of state-run media and "propaganda."

On the Iranian nuclear talks, which are lurching toward an end-of-June deadline for a final agreement, the president urged the Iranians not to miss the "historic opportunity" to integrate themselves into the global community by affirming the peaceful intent of their nuclear energy program.

And on the recent cyberattack against U.S. government systems, which U.S. officials have linked to Chinese hackers, the president would not address whether his administration believes the Chinese government was responsible, saying the investigation remains underway. He urged Congress to pass a cyber security bill to prevent similar attacks from occurring in the future.