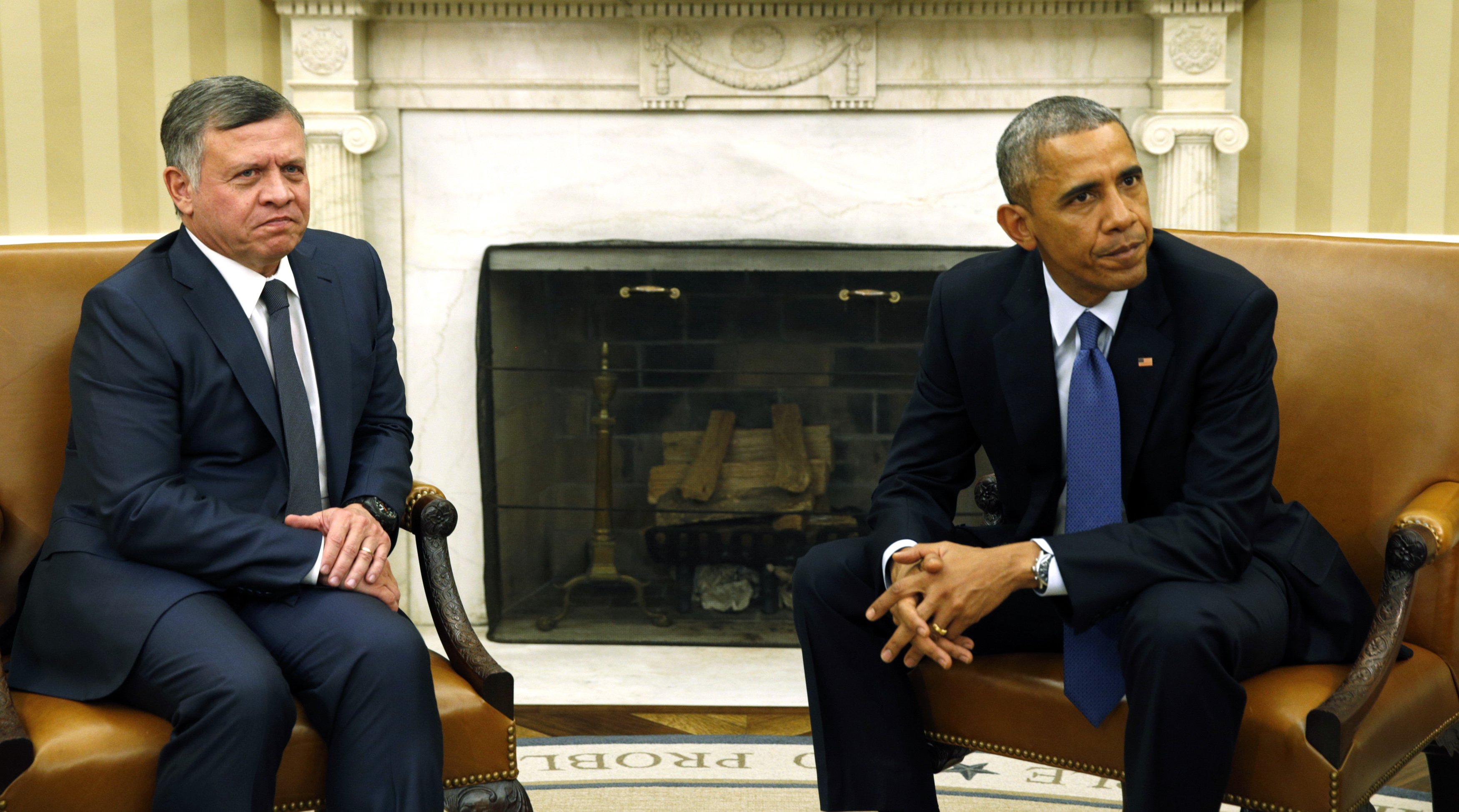 WASHINGTON -- President Barack Obama and Jordanian King Abdullah II vowed not to let up in the fight against the Islamic State of Iraq and Syria (ISIS) Tuesday, as Jordanians mourned the death of a military pilot held captive by the militants.

Abdullah, who was on a previously scheduled trip to Washington, arrived after nightfall and made no remarks to reporters as he and Obama sat side by side in the Oval Office.

In the meeting, Obama offered "his deepest condolences" to the king over the pilot's death, the White House said.

"The president and King Abdullah reaffirmed that the vile murder of this brave Jordanian will only serve to steel the international community's resolve to destroy ISIL," said White House spokesman Alistair Baskey, using another acronym for the extremist group.

Al-Kaseasbeh, who fell into the hands of the militants in December when his Jordanian F-16 crashed in Syria, is the only pilot from the U.S.-led coalition to have been captured to date.

His death sparked outrage in Jordan, where the country's participation in the coalition against ISIS has not been popular. The video emerged following a weeklong drama over a possible prisoner exchange with an al-Qaida operative imprisoned in Jordan.

In a statement before his meeting with Abdullah, Obama vowed the pilot's death would "redouble the vigilance and determination on the part of our global coalition to make sure they are degraded and ultimately defeated."

"Lieutenant Al-Kaseasbeh's dedication, courage and service to his country and family represent universal human values that stand in opposition to the cowardice and depravity of ISIL, which has been so broadly rejected around the globe," Obama said.

Abdullah, a close U.S. ally, has portrayed the campaign against the extremists as a battle over values.