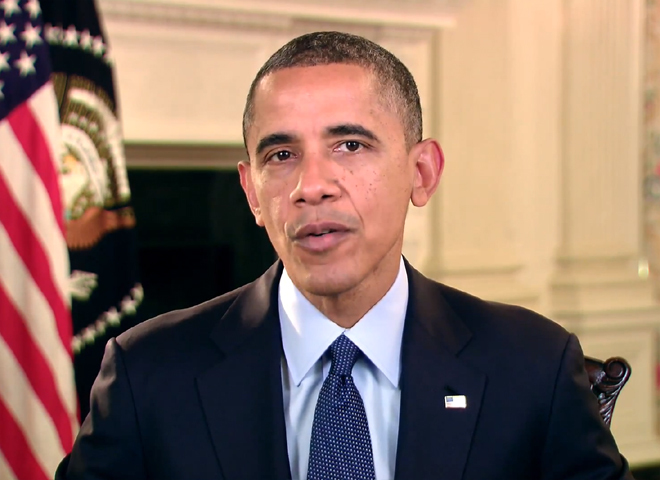 President Obama on Saturday painted a strong contrast between his record on the auto bailout with that of his presidential rival Mitt Romney, touting his own refusal to "let Detroit go bankrupt."

In his pre-taped weekly address Mr. Obama, referencing a 2008 op-ed in which Romney argued against bailing out the auto industry (entitled "Let Detroit Go Bankrupt"), outlined his administration's efforts to save the industry upon being elected.

"Just a few years ago, the auto industry wasn't just struggling - it was flatlining," Mr. Obama said. "GM and Chrysler were on the verge of collapse. Suppliers and distributors were at risk of going under. More than a million jobs across the country were on the line - and not just auto jobs, but the jobs of teachers, small business owners, and everyone in communities that depend on this great American industry."

His administration, he argues, "refused to throw in the towel and do nothing. We refused to let Detroit go bankrupt. We bet on American workers and American ingenuity, and three years later, that bet is paying off in a big way."

The president also touted recent technological advancements in the auto industry, promising that new cars and trucks are "going to save you more money at the pump."

In the weekly Republican address, Oklahoma Republican Congressional candidate Markwayne Mullin touted his experience turning around a small business, and blasted the Obama administration for what he cast as "excessive and unnecessary regulations."

"We need to get government out of the way," he said. ""Mitt Romney gets it; he's made supporting small businesses a key plank of his jobs plan."