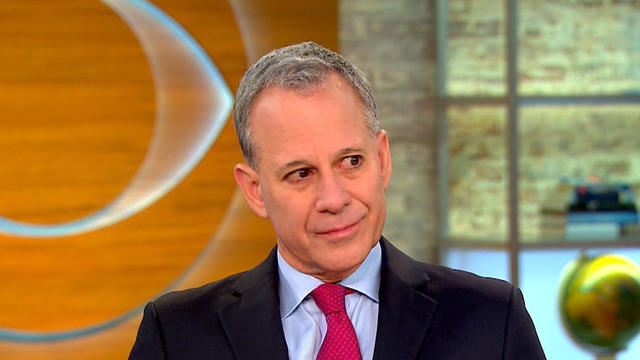 New York Attorney General Eric Schneiderman, a Hillary Clinton supporter, on Wednesday said that his investigation into the Trump Foundation isn’t “political,” and he’s looking into whether the organization followed state rules.

“This is not political,” Schneiderman said in an interview with “CBS This Morning.” “I regulate the nonprofits in New York state. I have a charities bureau [that looks] at every nonprofit that does business in New York state to see if they are following the rules.”

Schneiderman said his office began communicating with the Trump Foundation in June.

Schneiderman was then asked if he could appreciate the optics. In response the New York attorney general drew a comparison to a policeman. “If I’m a traffic cop, but I’m a Democrat, if he speeds by men, I have to give him a ticket,” Schneiderman said.

Schneiderman explained that the initial line of inquiry involved the breaking of tax laws by his foundation when it made a $25,000 political contribution to Florida Attorney General Pam Bondi. The Washington Post recently reported that the Trump might have also violated IRS rules by spending his nonprofit’s money to buy a $20,000 portrait of himself and a $12,000 autographed football helmet.

Asked if those purchases are illegal, Schneiderman said, “It might be. In certain circumstances there self-dealing regulations.” He added that the IRS might be conducting its own inquiry.