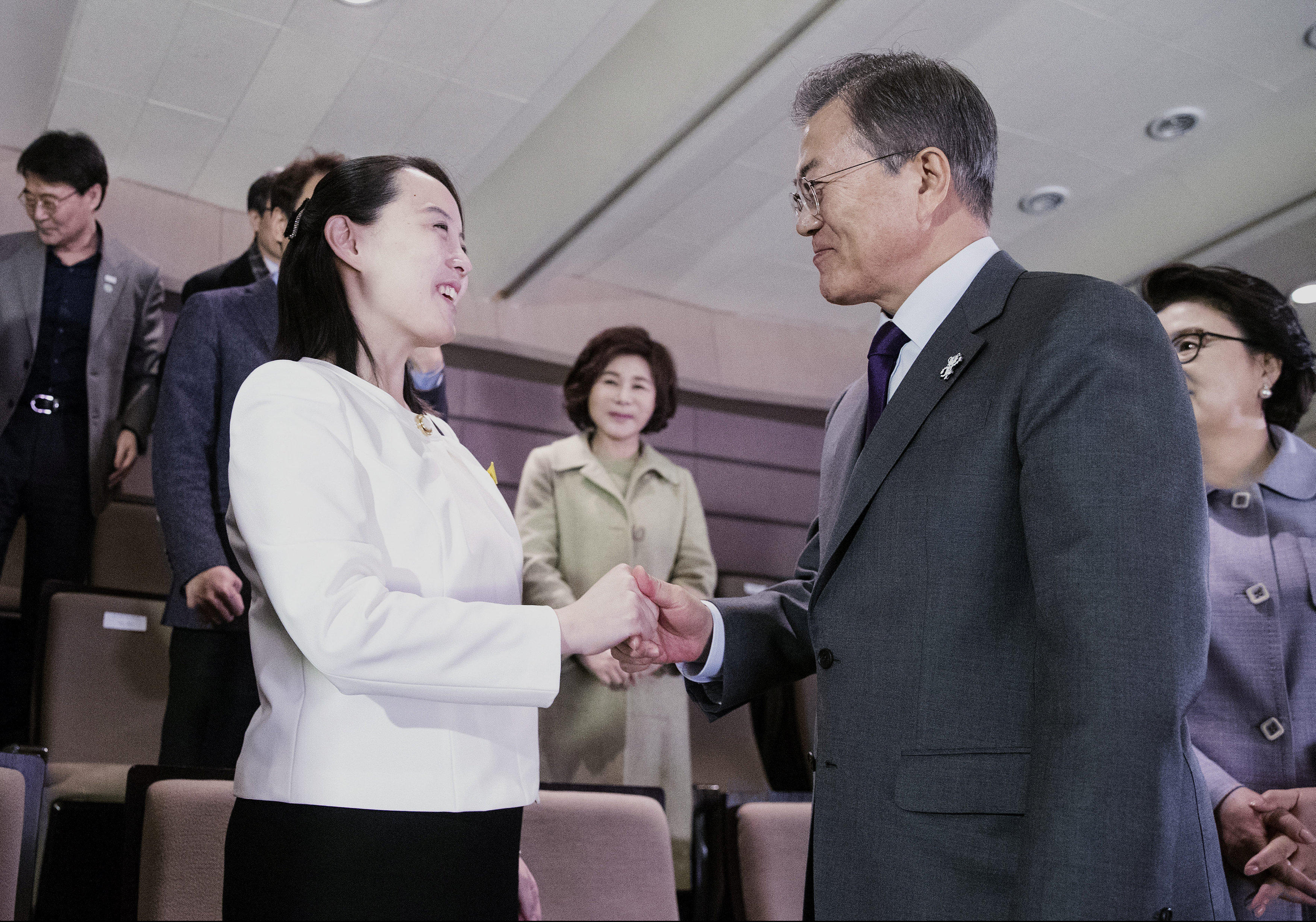 "It will go to Pyeongchang organising committee (POCOG), Korean Sport and Olympic Committee, World Taekwondo (WT) and other organizations who are in charge of the events," Unification Ministry spokesman Baik Tae-hyun said, according to the Reuters news agency.

In total North Korea sent a delegation of 424 people to the games, including about 23 athletes. Leading the delegation was North Korean leader Kim Jong Un's sister, Kim Yo Jong. The Games have afforded both of the Koreas -- which remain technically at war under a truce reached in 1953 -- an opportunity to focus on easing tensions on the divided peninsula.

While the Trump administration has tried to keep the pressure on the Kim regime throughout the Olympics, even vowing tough new sanctions against Pyongyang the day before Vice President Mike Pence arrived in South Korea to attend the Games, South Korean President Moon Jae-in has extended a very visible olive branch.

He hosted a luncheon on Saturday and Kim Yo Jong and North Korea's elder figurehead, Kim Jong Nam, were there. The North Koreans have now extended an invite to Moon to a summit in Pyongyang. It is the highest level cross-border diplomacy in a number of years, and it complicates the hard line taken by President Donald Trump's administration.

Baik said on Wednesday the costs for hosting the high-level North Korean delegation were paid separately from the South Korean government's annual budget, but he didn't offer any further details.

He added that the final, total figure on the costs for hosting the North Koreans would be disclosed later.