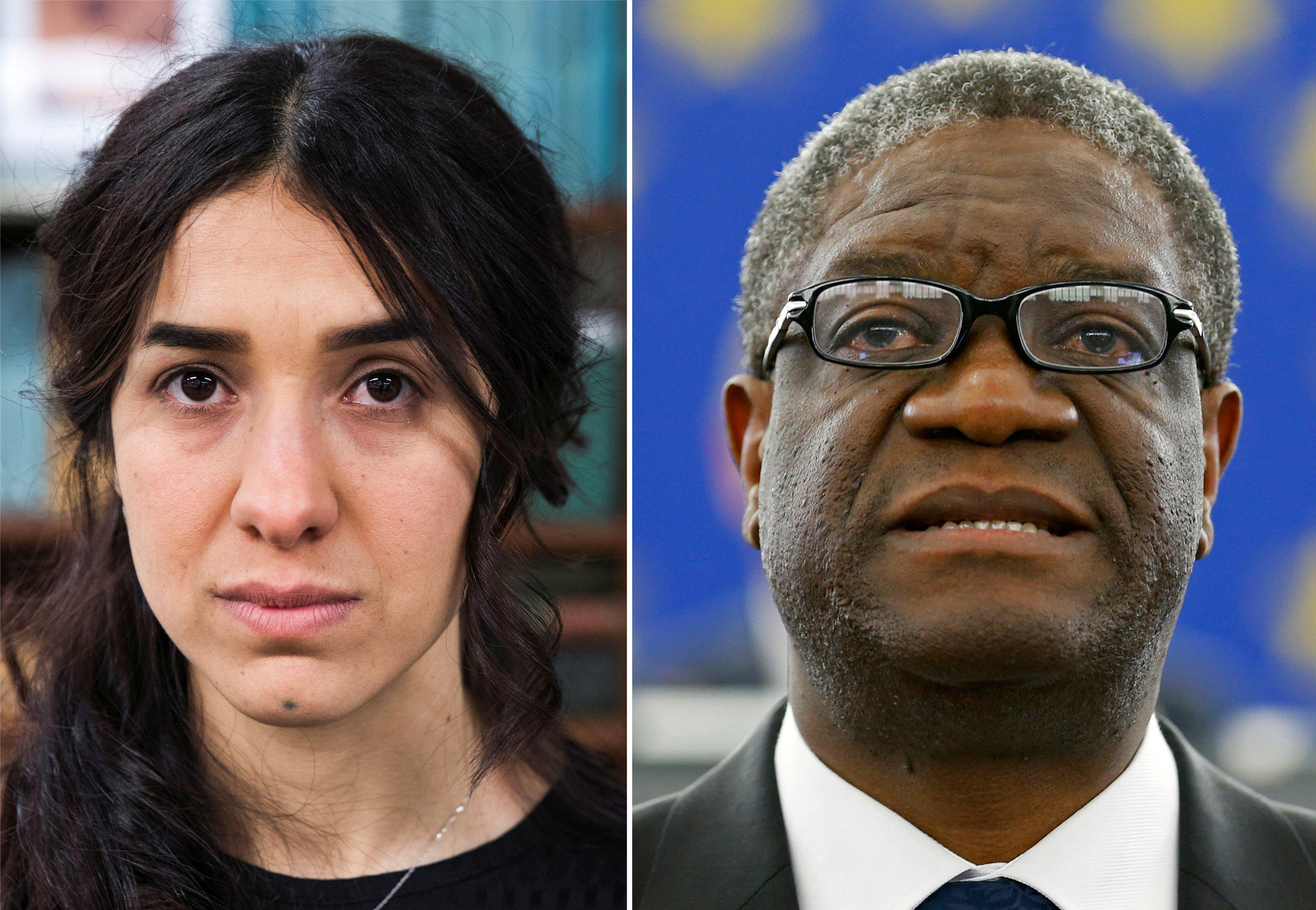 The 2018 Nobel Peace Prize was awarded on Friday to Congolese doctor Denis Mukwege and Yazidi activist Nadia Murad for their work to end sexual violence against women as a weapon of war.

Murad, a member of Iraq's minority Yazidi community, was herself a victim of sexual violence after Islamic State of Iraq and Syria (ISIS) militants stormed through her hometown and took her captive. She has fought since then to bring attention to such violence and help other victims of it. At 25, she is the second youngest person to be awarded the Nobel Peace prize, after Pakistan's Malala Yousafzai.

Murad was one of an estimated 3,000 Yazidi women and girls subjected to horrific abuse, including rape, by the ISIS militants. She escaped after three months in captivity and has spoken out ever since, visiting the United States and many other nations to shed light on the plight of women in conflict zones. She is also the U.N.'s first Goodwill Ambassador for the Dignity of Survivors of Human Trafficking.

Mukwege has been a critic of the Congolese government and has treated victims of sexual violence in that country for decades. In 2008, with war tearing the Congo apart, Mukwege spoke to CBS' 60 Minutes about his role as director of the Panzi Hospital in the country's east. As Anderson Cooper reported, it was a war against women, and Mukwege's hospital was on the front line.

During decades of conflict in Congo, hundreds of thousands of women have been raped and abused, and thousands of them have sought treatment for their injuries -- both physical and psychological -- at Panzi Hospital. Mukwege still runs the hospital he founded in Congo's Bukavu region.

"Denis Mukwege is the helper who has devoted his life to defending these victims. Nadia Murad is the witness who tells of the abuses perpetrated against herself and other," the Nobel Committee said Friday.

Speaking to an interviewer from the Nobel organization via phone from his hospital on Friday, Mukwege said he only learned that he'd won the prize because people around him started "crying and making noise" as he wrapped up his second surgery of the day. The doctor said he could "see in the faces of many women how they are happy to be recognized."

Norwegian Nobel Committee Chair Berit Reiss-Andersen announced the winners, who were chosen from among 216 nominated individuals and 115 organizations. She said this year's laureates "both put their personal security at risk by courageously combating war crimes and seeking justice for victims."

Last year the Nobel Committee awarded the prestigious prize to the Geneva-based International Campaign to Abolish Nuclear Weapons (ICAN), "for its work to draw attention to the catastrophic humanitarian consequences of any use of nuclear weapons and for its ground-breaking efforts to achieve a treaty-based prohibition of such weapons."

The prize announcement came Friday in the Norwegian capital Oslo, culminating a week in which Nobel laureates have been named in medicine, physics, and chemistry. This year, however, there has been no Nobel awarded for literature, as the Swedish Academy tasked with bestowing the prize is embroiled in a rape scandal.

Jean-Claude Arnault, a French citizen who is a major cultural figure in Sweden, is at the center of the sex abuse and financial crimes scandal that has tarnished the academy and forced it to take a year off in its deliberations. The 72-year-old was sentenced Monday to two years in prison for the rape of a woman seven years ago. He has denied the charges.