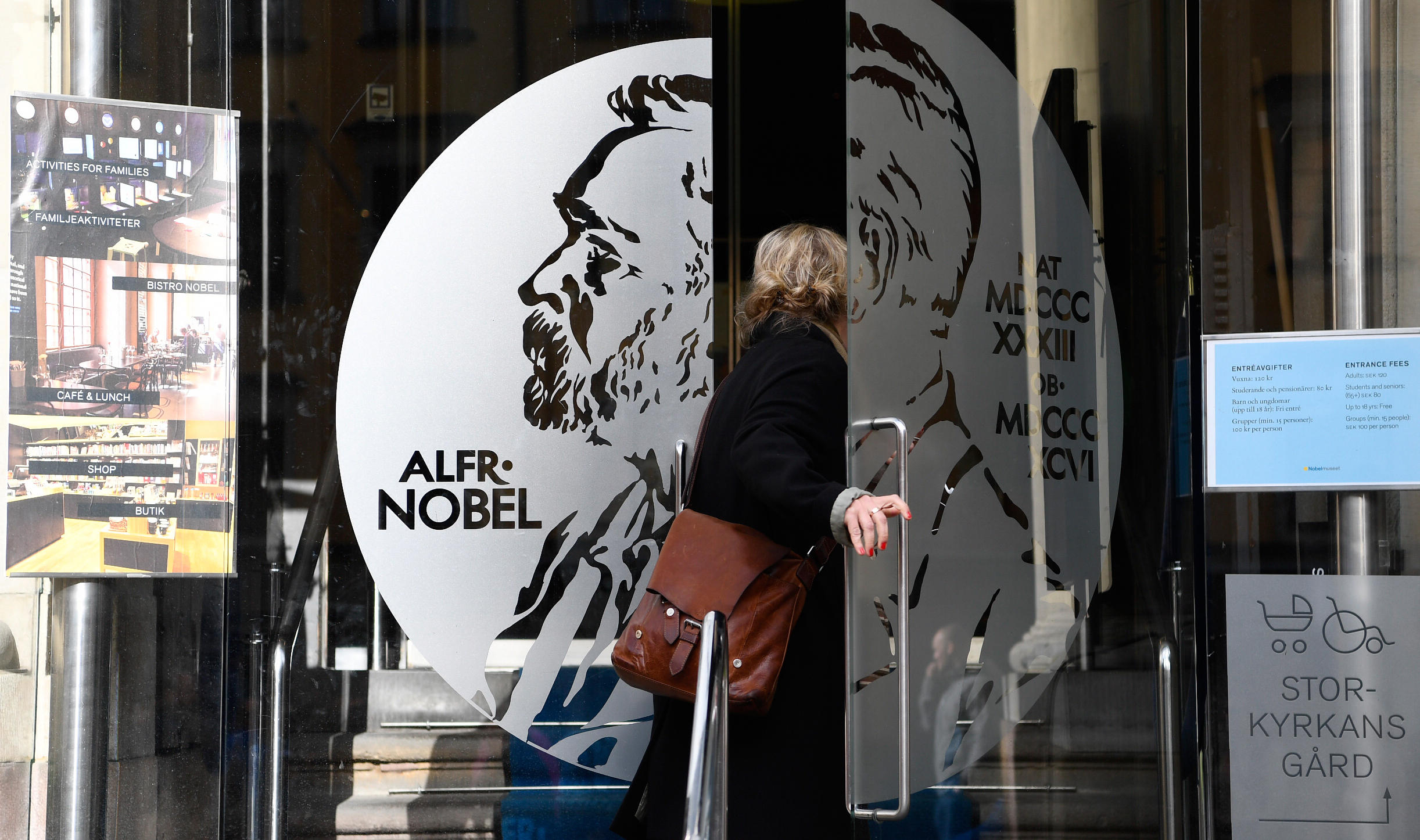 COPENHAGEN, Denmark -- Sex-abuse and financial-crimes scandals involving the group that hands out the Nobel Prize in literature could result in no prize being awarded this year for the first time since 1943. The august Swedish Academy has admitted that "unacceptable behavior in the form of unwanted intimacy" took place within its ranks, but its handling of unseemly allegations has shredded the body's credibility, called into question its judgment and forced its first female leader to resign.

At its upcoming weekly meeting in Stockholm on Thursday, the academy could decide to postpone or cancel awarding the prize this year -- because it's in no shape to pick a winner. Anders Olsson, the permanent secretary of the academy, hinted at that scenario in remarks to Swedish public broadcaster SR last week.

A debate over how to face up to its flaws also divided its 18 members -- who are appointed for life -- into hostile camps and prompted seven members to leave or disassociate themselves from the secretive group.

The latest defection, announced Saturday, has left the prestigious institution with only 11 people to consider who should win the 2018 Nobel Prize in literature.

The Swedish Academy's internal feud was triggered by a sex-abuse scandal linked to Jean-Claude Arnault, a major cultural figure in Sweden who is also the husband of poet Katarina Frostenson, an academy member.

Last fall, a leading Swedish newspaper published sexual misconduct claims from 18 women against Arnault, who runs a cultural center the academy used to help fund. The 71-year-old Arnault has denied the allegations, but police say they are investigating some of them.

The estranged wife of a Swedish Academy board member also said she witnessed the incident.

"Her female aide, it was really something to see, threw herself forward and pushed him away," Ebba Witt-Brattstrom told the Expressen newspaper, according to BBC News.

Arnault's lawyer Bjorn Hurtig said his client was the victim of "a witch hunt." Hurtig told The Associated Press on Tuesday that his client, whom he didn't name, rejects "as false and offensive" the allegations involving the princess.

Arnault also has been suspected of violating century-old Nobel rules by leaking names of winners of the prestigious award -- allegedly seven times, starting in 1996. It was not clear to whom the names were allegedly disclosed.

Some male academy members tried to force Frostenson out for her husband's alleged misdeeds and announced they would not remain part of the group when the vote on their motion failed. For technical reasons, they can't actually resign. Frostenson herself then withdrew on the same day the academy's leader, professor and writer Sara Danius, was forced out.

An uproar ensued as observers noted that -- despite the worldwide influence of the #MeToo movement -- female members of the academy appeared to be paying the price for a man's alleged misdeeds. The academy has since banned Arnault from Nobel events.

Mads Rosendahl Thomsen, a literature professor with Denmark's Aarhus University, said "it could be sensible" for the academy to postpone the 2018 literature prize until the internal issues are resolved.

"Generally speaking, the academy is an institution that thrives on tradition and opacity," he said. "It must be modern, but keep some mystique around it at the same time."

The air of intrigue thickened Friday when the financial crimes unit of the Swedish police said it had launched a preliminary probe "connected with the Swedish Academy." Police did not elaborate.

Swedish media reported that Frostenson and Arnault are at the heart of the allegations, which focus on grant payments to Arnault's cultural center. The Swedish Academy financed the operations of the Forum center from 2010 until late 2017, when the sex abuse allegations against Arnault surfaced.

The Nobel Foundation itself says the Nobel Prize in literature risks losing its dignity from the scandals.

Rebecca Lundberg, the culture news editor of Swedish broadcaster SVT, has likened the twists and turns to "a Greek drama." She has called for a complete overhaul of how the academy, which was established in 1786, is being regulated.

"We won't be able to appoint Nobel prize winners if there is no reinterpretation of the statutes," Lundberg told SVT.

The academy's patron, Sweden's King Carl XVI Gustaf, has said work to allow members to resign has started. As the body's rules now stand, members of the 18-seat board are not technically permitted to leave and it takes 12 people to vote in a new member.

"One can't help thinking about the tensions that must have been inside the academy just by picking a winner -- and the spectrum has been large in recent years," Rosendahl Thomsen said, listing recipients such as Belarusian journalist Svetlana Alexievich in 2015 and singer-songwriter Bob Dylan in 2016. "One has to wonder what the atmosphere has been."

If the academy does go ahead and choose a winner for 2018, some experts say the laureate's accomplishments could be tainted or overshadowed by a mess they had no hand in creating.

"It really depends on who gets it. That person needs to know what the academy has gone through and maybe respond to the crisis," Rosendahl Thomsen said.

The world's most prestigious prizes in science, medicine, literature and peacemaking have been withheld 49 times in all since the honors based on the will of Swedish inventor Alfred Nobel began in 1901.

In 1914, 1918 and 1943, neither the peace prize nor the literature prize was conferred, while the science and medicine prizes were presented. In 1935, no literature candidate was deemed worthy of a Nobel, but winners were chosen in the other fields.

Science and medicine Nobels have been awarded every year since 1942 but the Peace Prize was not given in 1972. The economics prize, which is not directly related to Nobel's will, began in 1968 and has never not been awarded annually.