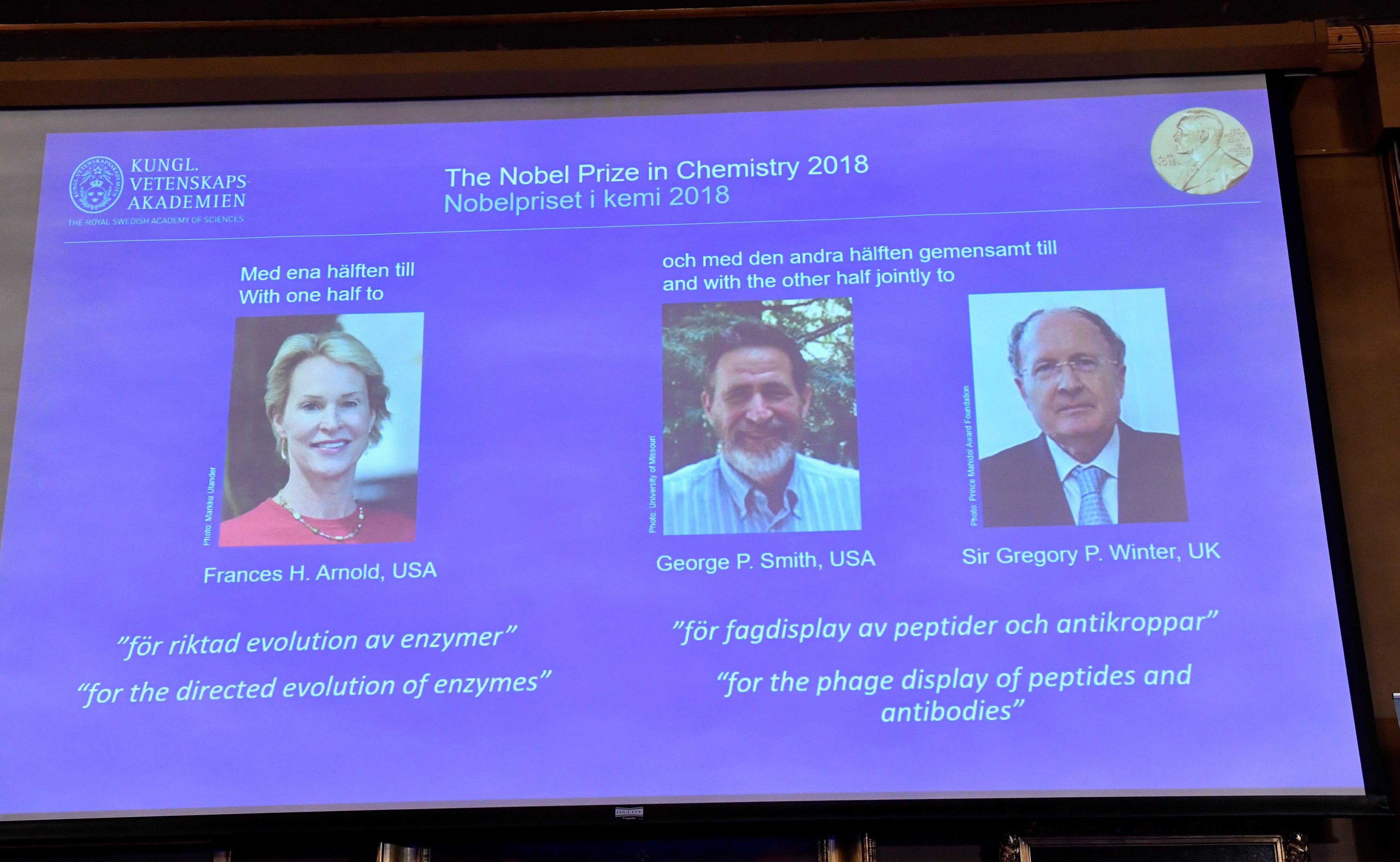 STOCKHOLM -- The Nobel Prize in chemistry was awarded on Wednesday to two researchers in the United States and one in Britain. Half of the 9-million-kronor ($1.01 million) prize was designated for Frances Arnold of Caltech in Pasadena for work that has led to the development of new biofuels and pharmaceuticals.

The other half of the prize will be shared by George Smith of the University of Missouri and Gregory Winter of the MRC Laboratory in Cambridge. They were honored for "phage display of peptides and antibodies."

The Royal Swedish Academy of Sciences named the winners of the prize on Wednesday in Stockholm, saying, "this year's Nobel Laureates in Chemistry have been inspired by the power of evolution and used the same principles V genetic change and selection V to develop proteins that solve mankind's chemical problems," the Royal Swedish Academy of Sciences said

Last year's prize went to researchers in the United States, Switzerland and Britain who developed a microscope technique that lets scientists see details of the molecules that drive life.

The winner of the Nobel Peace Prize is to be announced Friday. No literature prize will be awarded this year, but the Swedish Academy that awards the prestigious prize is still in the limelight. Jean-Claude Arnault, a French citizen who is a major cultural figure in Sweden, is at the center of a sex abuse and financial crimes scandal that has tarnished the academy and forced it to take a year off in its deliberations.

The 72-year-old was sentenced on Monday to two years in prison for the rape of a woman seven years ago. He denied the charges.

The Nobel Memorial Prize in Economic Sciences, honoring the man who endowed the five Nobel Prizes, will be revealed Monday.

The medicine prize was awarded Monday to American and Japanese researchers. Scientists from the United States, Canada and France shared the physics prize Tuesday.